Erika Shields is slated to take over the role on Jan. 19. She served as Atlanta's Police Chief before resigning following the police shooting of Rayshard Brooks. 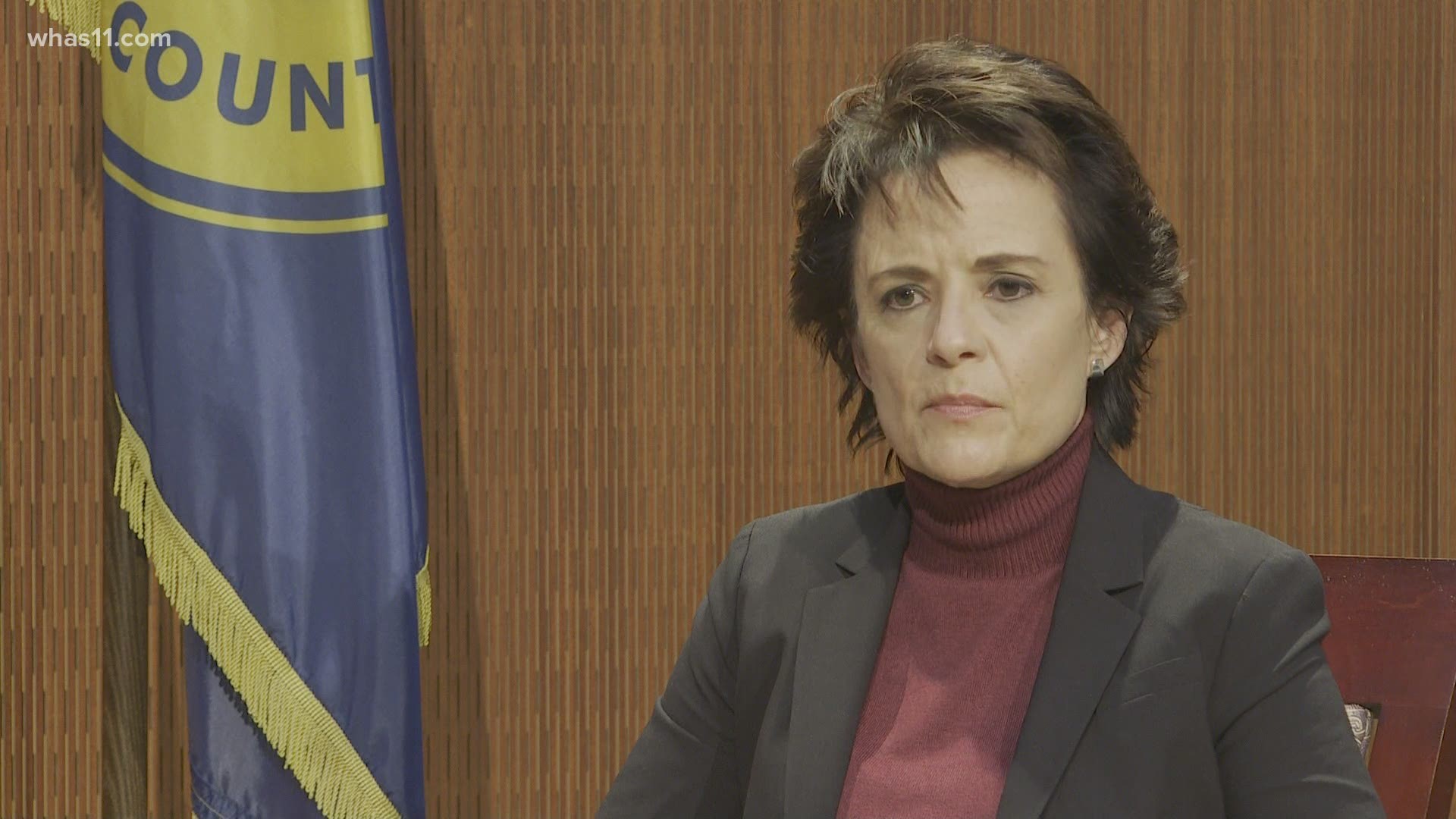 In an announcement press conference, Fischer said that Shields was the "unanimous choice" following a six-month search for a permanent chief.

WHAS11's Kristen Goodwillie sat down with the next chief to discuss her vision for policing in Louisville and her time serving in Atlanta.

Shields resigned from her role as chief in Atlanta after three and a half years following the police shooting of Rayshard Brooks on June 12. During Wednesday's press conference, she said what happened "sickened" her.

"When I look at events of that nature involving police, I am looking through the lens of 'was it avoidable?'" said Shields when asked to elaborate on her response in the press conference. "I do think that it didn't have to culminate in the matter that it did. I think as police we really have to really start taking ownership and be more thoughtful on the front-end of encounters."

WHAS11 reached out to a member of the Atlanta Police Union to ask about Shields' time serving the city.

Vince Champion, a member of the police union, said that Chief Shields treated officers as her co-workers, was always willing to listen to their needs and stood up for the department.

"I think I hold them [police] accountable," said Shields. "I love cops, I am a cop. I enjoy policing and I know how hard the job is... I want our organization to be respect."

Following the announcement, many local activists expressed their displeasure with the pick.

Hanna Drake, who has been active in demonstrations over the death of Breonna Taylor, said she was "hurt and disgusted."

RELATED: 'Hurt and disgusted': Not all happy with selection of new LMPD chief

When addressing how to rebuild trust and transparency between the public and the department, Shields said police need to "own it."

"I'm big on just saying it how it is," said Shields. "If we screw up, it's done. So, we just need to own it and say this what we are going to do to fix it going forward."

During Wednesday's press conference, Shields hinted at the possibility of leadership changes within the department as she looks to rebuild that trust with the community.

"I think that what my messaging to them this [Wednesday] morning is, the command staff will largely determine who is replaced," said Shields. "By that I mean, I expect people to be positive, I expect them to speak up on what is right and what is wrong and I expect them to lead. Part of that is adapting to change and leading people through change."

Shields said that the officers control their futures more than anyone.

In parting, Chief Shields shared her message is to the community as she assumes leadership on Jan. 19.

Her response was simple, "I am committed to making Louisville safe, give me a chance."

Watch the full one-on-one interview with Chief Shields below: