Inmates who are seeking to turn their lives around, helped in making a donation Friday to Bellarmine University Men's Basketball team. 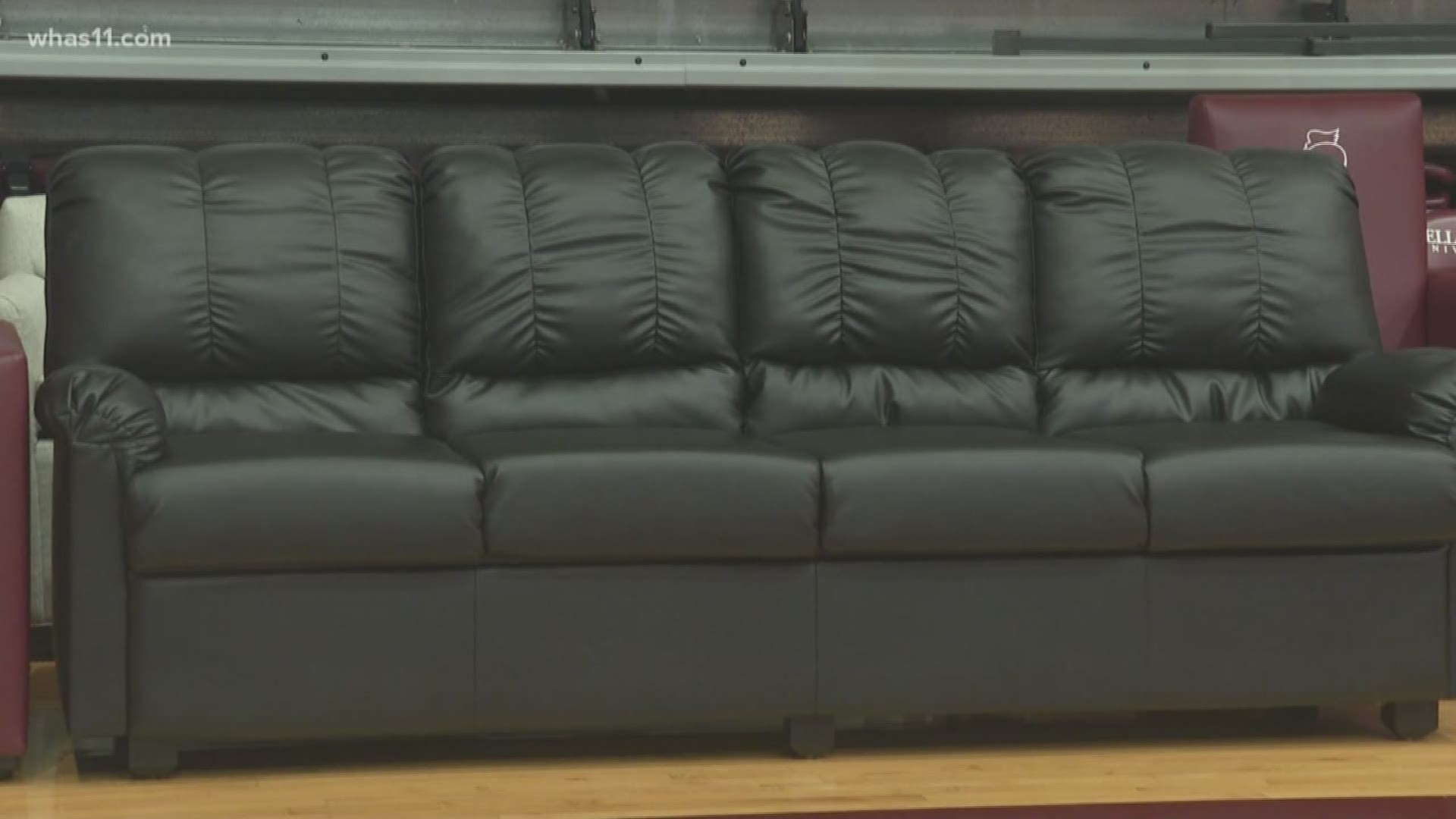 LOUISVILLE, Ky. — Inmates who are seeking to turn their lives around helped in making a donation Friday to Bellarmine University Men's Basketball team.

The inmates from Little Sandy Correctional Complex in Eastern Kentucky carried brand new furniture inside the team's renovated player performance locker room. The donation was made by Louisville Philanthropist Dr. Mark Lynn and his wife Cindy.

The furniture was built by the inmates who are among more than 700 prisoners employed by Kentucky Correctional Industries. The prisoners are taught job skills to make sure they don't end up behind bars again after they are released.

"These athletes learned life's lessons today," head basketball coach, Scottie Davenport said. "Those inmates who made these beautiful and incredibly quality furniture by hand, will be going back to their plant in the confines of a reformatory trying to change their life."

An independent study conducted by Eastern Kentucky University and College of Criminal Justice found only 13.5% of inmates who worked for KCI returned to prison, compared to 42% returning who were not employed.

"Life is hard for everybody and we don't know where everybody has been," Bellarmine's guard, Dylan Penn said. "I think it's just nice to know that even though people might have made mistakes they can still do good."

Crews expect to finish construction in the locker room by next week.