A number of thieves have been stealing from a bin outside the St. Vincent De Paul Outreach Ministries, which the non-profit uses to help those in need. 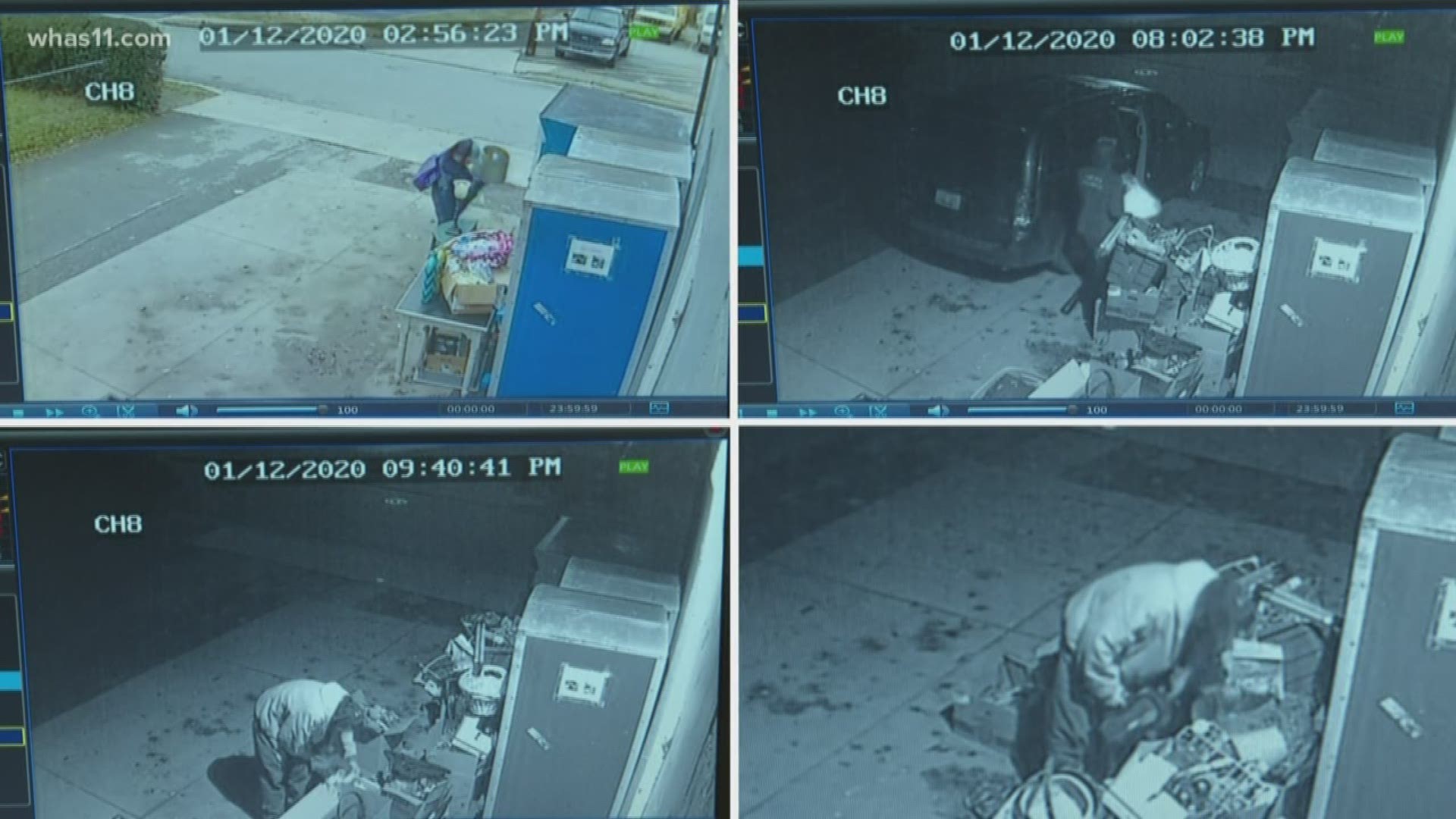 BARDSTOWN, Ky. — Thieves are driving right up to donation bins and stealing from a non-profit helping those in need in Nelson Co.

St. Vincent De Paul Outreach Ministries, on 2nd St. in Bardstown, said seven days a week people drop off donations at their bins outside. During the evenings and weekends when the mission store is closed, people often leave items outside the bins.

Open since 1992, the executive director said people stealing has always been an issue, but said there's been a recent rise in frequency.

"A lot of times people going through things, then they strew them all over our concrete pad, and it ends up in the alley," director Christine Hovan said. "This is a concern for us because our store is in a beautiful neighborhood and we want to be good neighbors and when you have trash laying out all over the place that's tough for the neighborhood to see."

St. Vincent De Paul has a sign taped to its donation bins reading "yes we have cameras and you are stealing." But the signs and cameras they have placed nearby, haven't stopped the stealing.

The cameras caught one man on surveillance stealing items January 13 at 6:53 a.m. Just the day prior, surveillance showed four others also taking items. Hovan said it was the final straw.

"We can't have this. We want to make sure that the neighborhood is safe. I don't want to have people committing crimes on our street," she said.

Hovan said people do more than just steal. She said they also throw clothes around, creating a mess.

"We know that people have jumped into the dumpsters. One morning we came out and there was a burned piece of clothing over here on the corner of the building. We found that pretty concerning. What happened was that the people who were going through the bins were smoking in there and actually started a fire," said Hovan. "It is just dangerous and of course as they're going through things they're strewing clothing all over the place out here."

The organization serves those in need living in Nelson Co. relying heavily on the bags of items dropped at their doorstep. They then sell those items in the mission store and use the funds to help people in the community.

"We feel violated when this happens and we feel badly for the people who donated goods for us," Hovan said. "When you take these things you're taking away our ability to sell them and then be able to re-use those funds here in Nelson County for folks that need it."

The organization posted the video of the man stealing on January 13, to Facebook.

There was a large community response, now involving Bardstown Police.

"They were having a look around today. We did identify one of the people and they brought the goods back so the police were involved in that interaction. and of course have pledged to be more vigilant in this neighborhood so folks don't think they have the opportunity to do this anymore," Hovan said.

Hovan also said St. Vincent De Paul would help anyone stealing, if they asked for assistance.

St. Vincent De Paul hopes anyone who can identify the thieves will report them to Bardstown police.