Several groups are expected to rally outside Churchill Downs on Derby day calling for justice in the Breonna Taylor case. 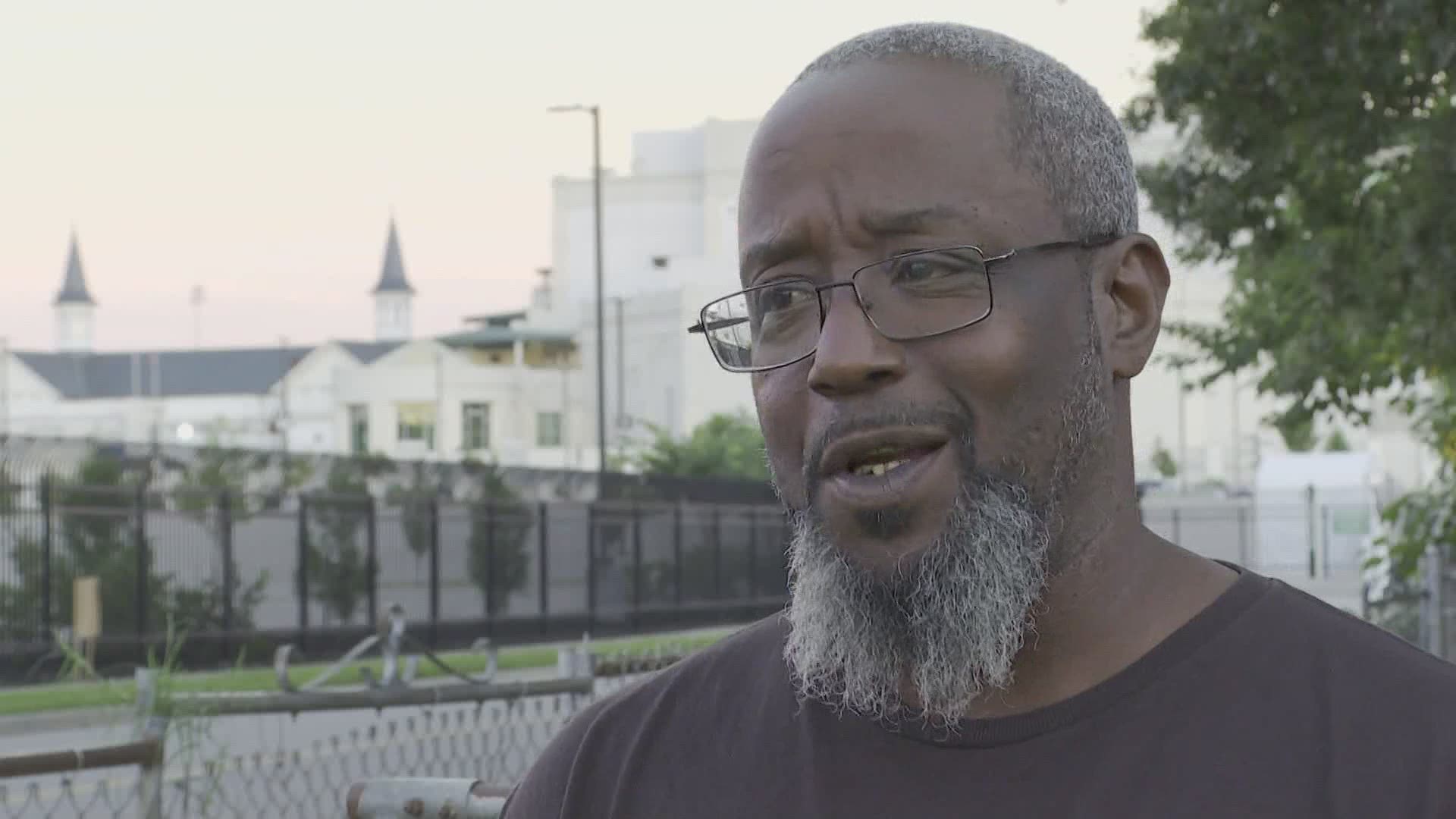 LOUISVILLE, Ky. — The hustle on Derby weekend is usually quite a show as parked cars flood neighbors' yards, but some neighbors say so far they are enjoying the sight of no traffic and have enjoyed the quieter than usual sounds of this year's Kentucky Oaks.

They are hoping things will be non-violent when protesters show up Saturday.

"I mean I'm glad that they're protesting as long as it's peaceful and everybody is abiding by what rules they need to protest as well the police," Tracy Baker of Louisville said.

Following the 100th day of Breonna Taylor protests in Louisville, things might change in their neighborhoods on Derby day. Hundreds are expected to rally outside Churchill Downs calling for justice in Taylor's case that has been under investigation for almost six months.

"I'm all for peaceful protesting I just hope it stays peaceful," Bonnie Lorenzo said whose been living across Churchill Downs with her husband for more than a decade. "I feel pretty safe, I think there's going to be enough police over here," her husband Richard Lorenzo said.

Protesters have called out city leaders saying it is insensitive to continue the Derby tradition in the middle of racial tensions and the Breonna Taylor case.

"That building right there is all about money," Byron King of Louisville said referring to Churchill Downs. "It is what it is you know Derby is going to be Derby."

King has been a neighbor of the track for 20 years.

"This is my hood, I've been here for a long time and I raised my kids in this neighborhood," King said. "We don't need [violence], if you're going to come and protest please come peacefully you know come and say what you got to say then go home."

Until Freedom, the national social justice group that recently led a protest outside Churchill is one of several groups that is planning to lead a protest outside of the gates Saturday. The NFAC is also expected to make an appearance. Louisville Metro Police Department said officers are prepared for large crowds.