The woman made it out with minor injuries and possible smoke inhalation. 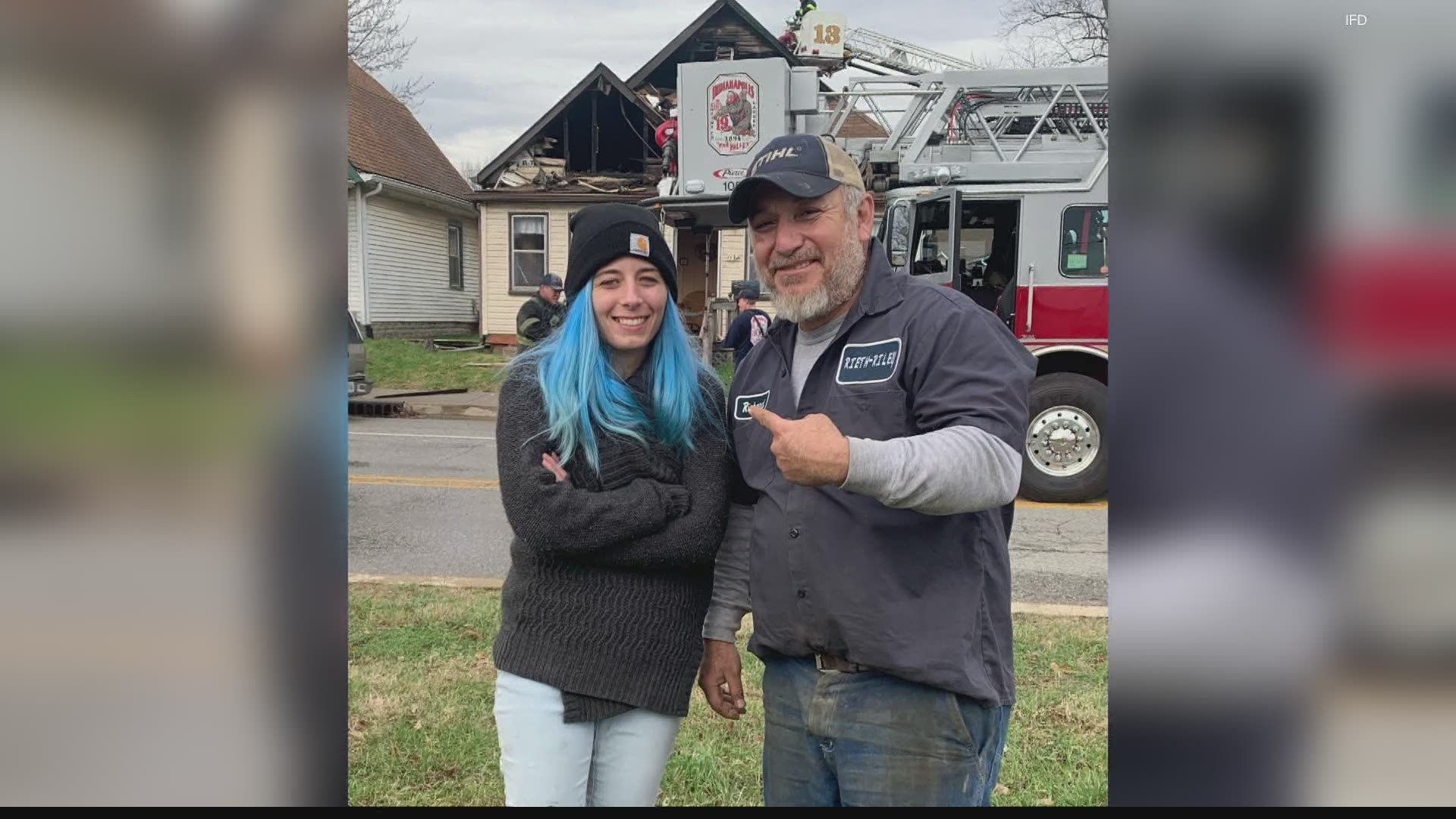 INDIANAPOLIS — An alert neighbor and a passerby are credited with saving the life of a 92-year-old woman after her home on Indy's near southwest side caught fire and she was unable to evacuate on her own.

Richard Loredo, 49, told firefighters he was returning to a job site for Rieth Riley Construction and driving past the home on Minnesota Street when he noticed smoke coming from the rear.

He told firefighters he stopped his car, ran up to the house and began knocking on the door. That's when next-door neighbor, Alex Kline, 27, heard the commotion, noticed the fire and came outside.

Loredo asked Kline if she knew who lived in the house, and she quickly responded, "yes" and stated the woman was probably inside. Kline is renting the home next door and has lived there for several months.

Fire officials say without hesitation, Kline sprinted toward the back of the house and kicked in the door. Kline said there was heavy black smoke and high heat. She couldn't see a thing.

Credit: IFD
Damage from a house fire on Minnesota Street.

Kline stayed low to the ground and made her way toward the glow of a light and the sound of the woman's voice yelling for help.

Kline was able to find the woman near a bathroom and was able to pull her to the rear door of the house.

Loredo and Kline were able to get the woman out of the house and carry her to a nearby car. The woman was disoriented but talking, had minor visible injuries and possible smoke inhalation.

Loredo and Kline later learned that her family was with her earlier in the day and had left about an hour before the fire broke out. The family has no idea what could have started the fire.

"The magnitude of the heroic actions that Alex took today have not quite sunk in," IFD Batallion Chief Rita Reith said. "Alex stated she was very pleased that both she and Richard played a role in saving this woman's life and felt blessed she was in the right place at the right time. Firefighters on scene encouraged her to apply for the next IFD Recruit Class."

A longtime neighbor near the house said the 92-year-old woman's name is Madeline and has lived in that house for decades. Many of the neighbors watch over her.

“I am so glad they got her out because I was there when her husband died, and if she would have passed too, it would’ve torn me up," one of the neighbors said.

Loredo spoke with 13News and said he has a new appreciation for firefighters — and even hopes his sons become firefighters.