Navy Seaman 1st Class Carl S. Johnson was killed in the Pearl Harbor attacks. His remains will be brought home and buried with his family in Arizona. 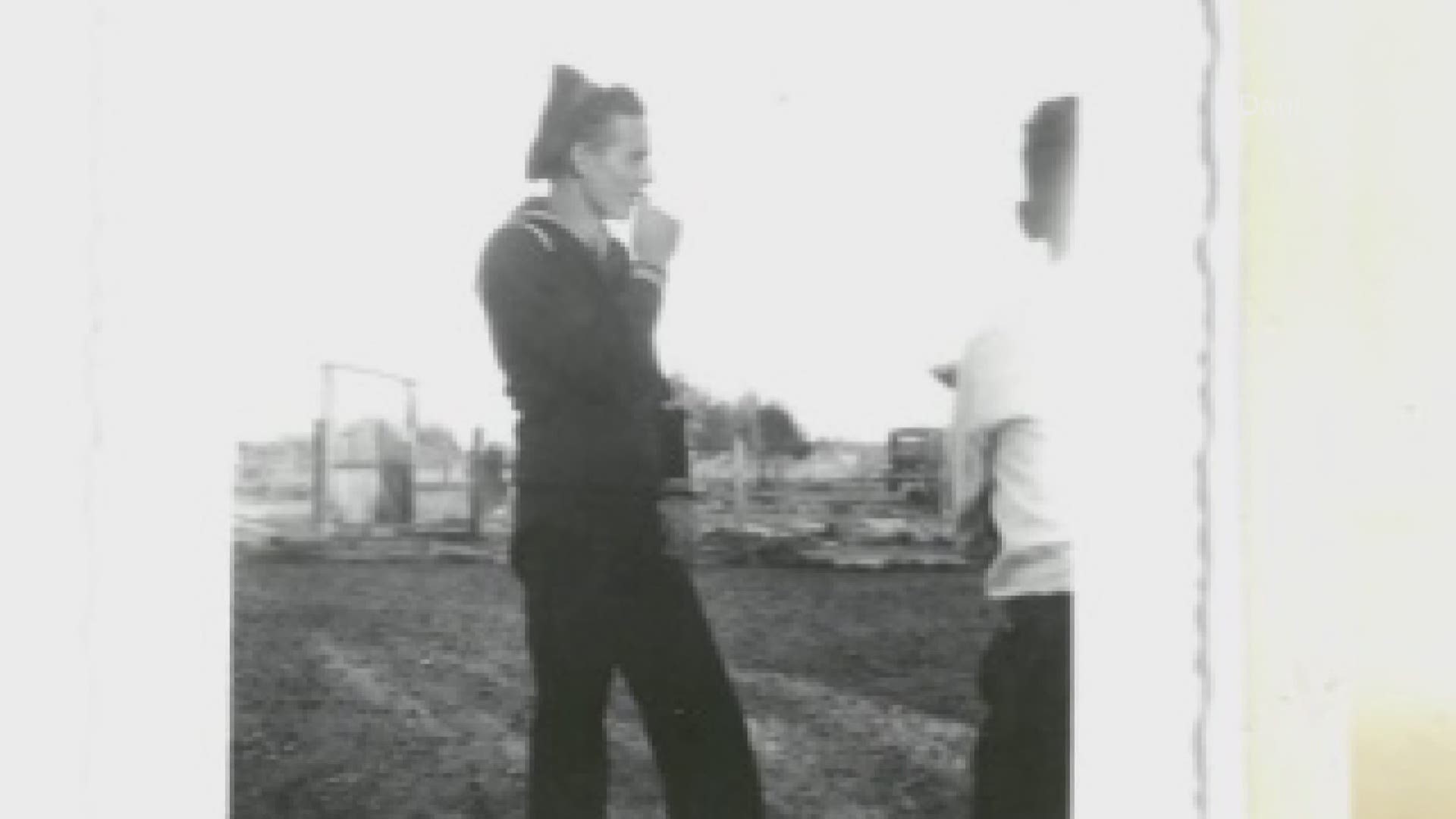 PHOENIX — Finally coming home, an Arizona man who was killed in the attacks at Pearl Harbor is returning to the Valley.

Even though Navy Seaman 1st Class Carl S. Johnson's body would go nearly 80 years lost and unidentified after the attacks on Pearl Harbor, his family always believed there would be a reunion. Dr. Carl Dahl, Johnson's nephew, heard family stories of the search for his uncle his whole life.

“It was such a devastating loss that they had to sustain for his parents, and for his siblings," Dr. Dahl said. “As I read through my grandfather’s journal, there was always a hope that his remains, his body would be found and that he could be brought home.”

Hope lifting from the pages of Johnson’s father’s journal. Writing from that day that will 'live in infamy,' explaining how Johnson's parents kept the radio on all day and night hoping for news but no news came.

“And that went on for years because I remember my grandfather talked about Carl on occasion because I was his namesake," Dr. Dahl said. "And then of course as the decades went by you always wondered, would that ever really occur.”

And then surprisingly in August, there were finally answers about the late Seaman First Class Carl Johnson.

“We found that he was identified and that we could bring him back to Phoenix," Dr. Dahl said.

Dr. Carl Dahl says his uncle was just 18 years old when he was killed in a blast on the USS West Virginia at Pearl Harbor.

While official Navy reports state that Johnson was 20 when he died, Dr. Dahl says his uncle was actually 16 when he enlisted in the Navy. He was killed just two years later, at age 18. Using mitochondrial DNA and dental records after almost eight decades, they matched his remains.

Johnson’s parents and siblings would never know of plans for his return to Phoenix, as they've all passed away. But Dr. Dahl says the family that’s left is planning a proper burial next month, with full military honors.

“This actually brings closure and to be able to bring him back home and to be interred with his parents, which was always a great hope that my grandparents had," Dr. Dahl said.

A homecoming nearly 80 years in the making - A #Navy sailor from Phoenix who was killed during the Pearl Harbor attacks made it back to AZ today. Surrounded by his loving family, Navy Seaman 1st Class Carl S. Johnson will finally be laid to rest at #home in AZ. #12News 🇺🇸🙏🏻 #RIP pic.twitter.com/Y4MRi5yxsx