One of those things is criminal justice reform, specifically about breaking down the barriers for people who have already served their sentence, yet still find themselves carrying the stigma of their former conviction. 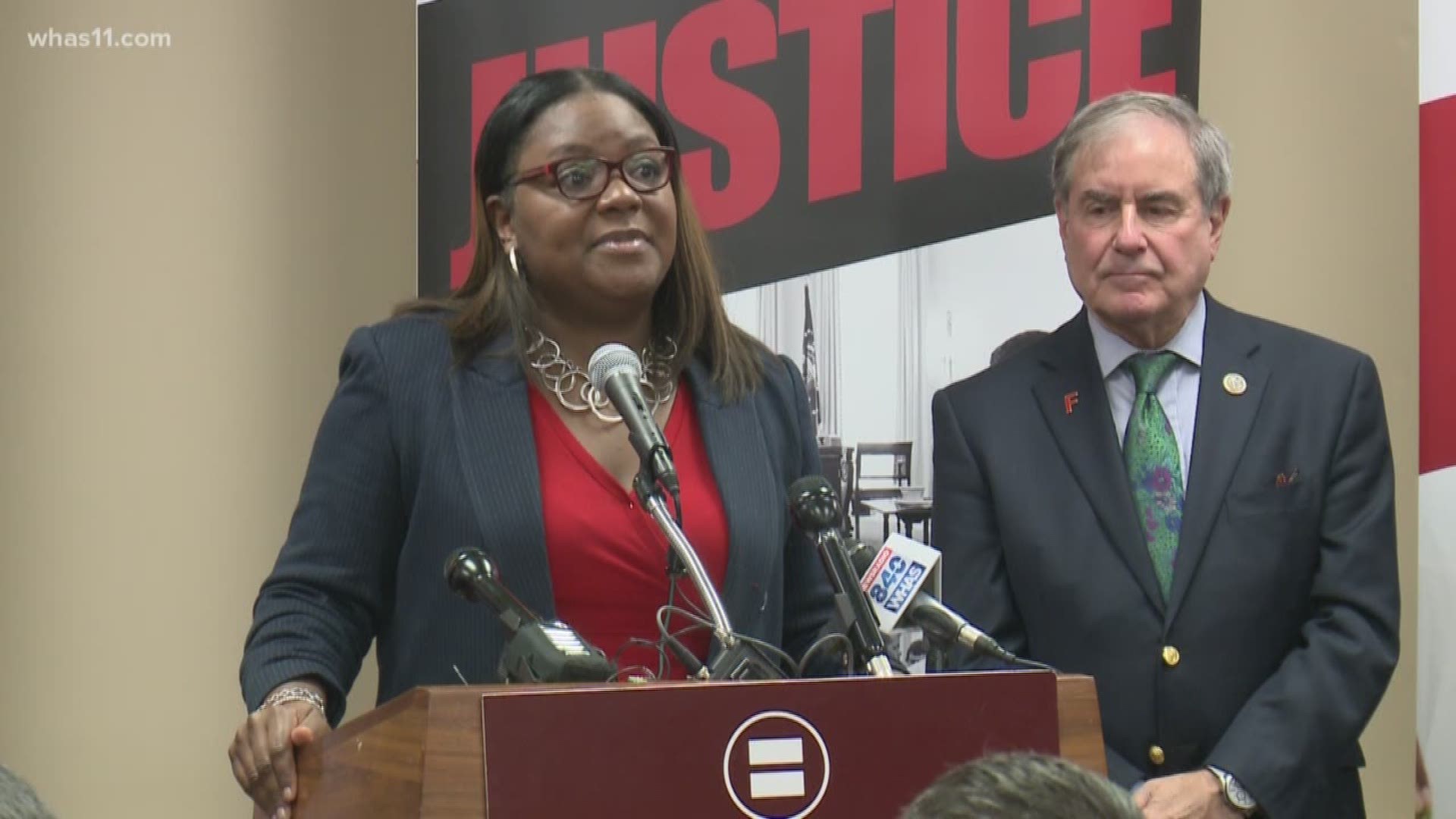 LOUISVILLE, Ky. (WHAS) -- Senator Rand Paul, a Republican, and Representative John Yarmuth, a Democrat, don't always see eye to eye, but there are some things that they can agree on.

"Can you imagine? They said it couldn't be done, Republicans and Democrats in the same room all for the same issues," Paul, R.-Kentucky, said.

One of those things is criminal justice reform, specifically about breaking down the barriers for people who have already served their sentence, yet still find themselves carrying the stigma of their former conviction.

"I'm proud to be working on this issue and with continued effort, we'll change the criminal justice system for the better," Yarmuth, D.-Kentucky, said.

One of the avenues people with prior convictions can take is expungement, but the process does come with its own roadblocks. An expungement essentially gives people who have old convictions for nonviolent misdemeanors and low level felonies a clean slate, which will allow them to vote again and also to seek employment in certain areas.

"We should have a point where we say, 'Hey, you've done what we've asked you to do. Now we're welcoming you back. Help us make this better,'" State Sen. Gerald Neal, D.-District 33, said.

The expungement process can cost a lot of money - according to Neal, it costs $500 to file in Kentucky - and can be hard to navigate without someone knowledgeable in the field. The Louisville Urban League said is has helped file 2,000 expungements, with hundreds of those coming in February, when it held an expungement clinic that drew long lines of people looking for help.

According to Urban League President and CEO Sadiqa Reynolds, the clinic was scheduled to end at 5 p.m. that day, but some lawyers who volunteered their time were working until midnight trying to meet the demand of all the people who came looking for a second chance. Reynolds said there will be changes made to the Urban League's expungement assistance program moving forward that will help reach a greater number of people.

"I have a fundamental problem with making people stand in line for hours and hours like that," she said. "We did that to show that people will come."

State and national politicians are also trying to do their part in passing an expungement bill that would lower or even waive the costs. Neal said he will be filing a bill for the upcoming state legislative session that will cap the costs at $200 and will call on state auditors to evaluate the basis for the costs.

"We don't want to have something arbitrary being also prohibitive when we're trying to do good," he said.

Paul said there is also a bill that would make expungement more accessible that is in the works in Washington, D.C. He called on Kentuckians to reach out to Senate Majority Leader Mitch McConnell, R.-Kentucky, to ask the senator to call for a vote on the criminal justice reform bill. According to Paul, there is enough bipartisan support for the bill that he expects to have around 80 votes in the Senate.

"We need to push here in Kentucky to get expungement - it should be a whole lot easier and a whole lot more accessible," Reynolds said. "Nobody should be excluded for the rest of their natural lives."