Four years after a mosque was vandalized, people of all faiths have joined together to create dialogue while pushing for peace and compassion. 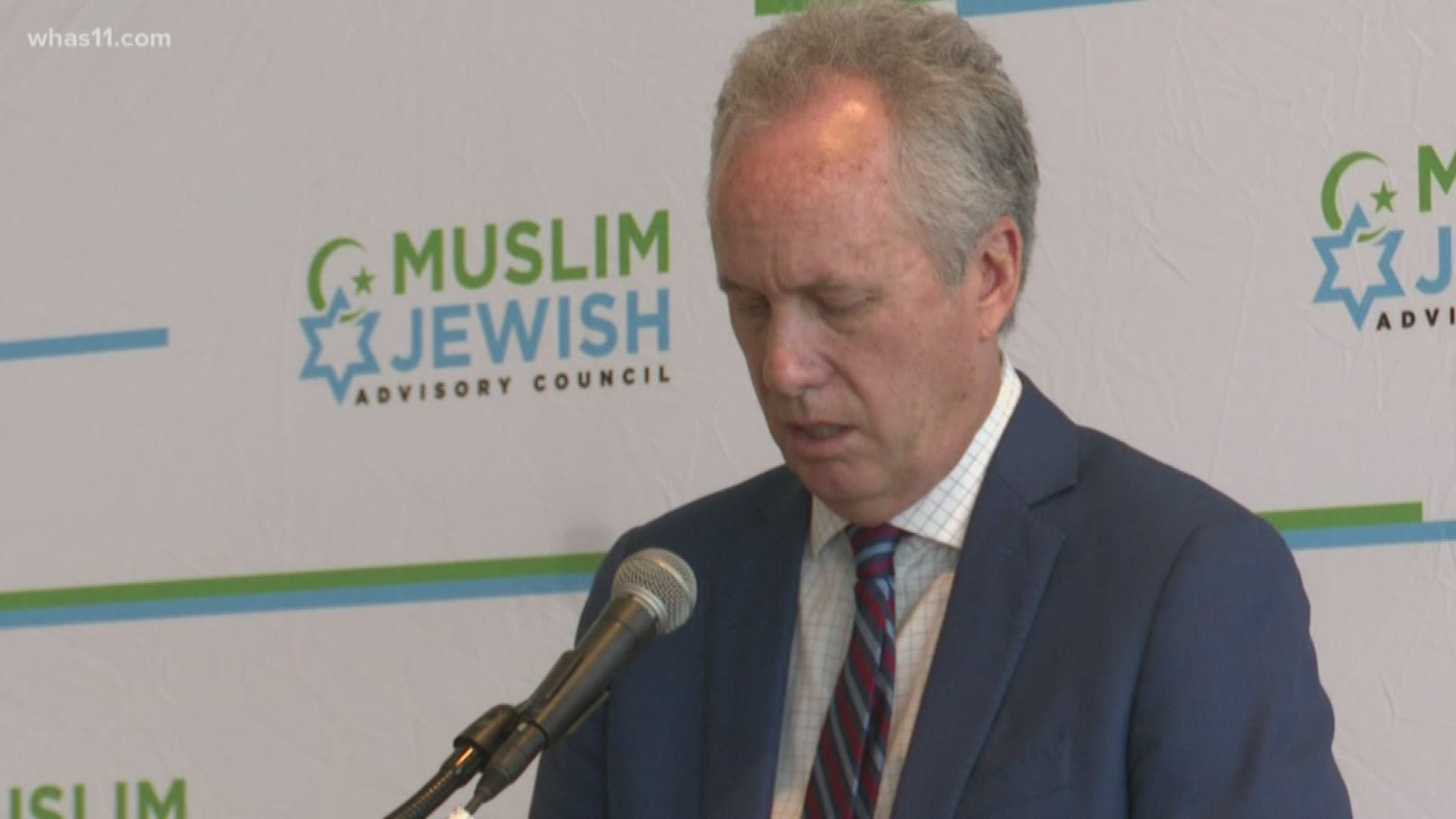 LOUISVILLE, Ky. — In 2015, the city became home to a very public hate crime – a mosque vandalized.

“My faith community was bruised by an act of hatred, but an entire city was strengthened by the many acts of love and compassion that happened over the following days,” he said.

Instead, community leaders from all faiths and denominations joined together, particularly those of Muslim and Jewish descent.

Louisville is the 11th home for the Muslim Jewish Advisory Council, a national organization. They chose the city because its push towards acceptance.

“By bringing together the Muslim community and the Jewish community around areas of shared interest, we’ll really get legislators attention and help move these issues forward. Issues about hate crimes, intolerance, religious freedom – really things that we share as two faith communities.”

The date shows hate crime numbers have been on the rise.

"FBI statistics show a 17% increase in hate crimes from 2015 to 2015.Muslims are the targets of nearly 1 in 5 religiously motivated hate crimes and we’ve seen a 37% spike nationally against Jews and Jewish institutions," Mayor Greg Fischer read during the event.

Leaders like CEO and chairman of Ethan Allen and co-chairman of M-JAC Farooq Kathwari says this group opens a dialogue our country and community needs.

“I think it’s important to have these conversations at a number of different levels not only at religiously organized levels but from people to people,” he said.

Lonnie Ali, Muhammad Ali's wife, has also been named an honorary member of this council.

The coalition says they plan on working with Jefferson County Public Schools in the future.