Several displaced after large fire started by mulch at Louisville condo complex; Mail carrier alerted tenants to get out

A quick-thinking mail carrier pounded on doors to alert people to get out of their condo as it went up in flames. 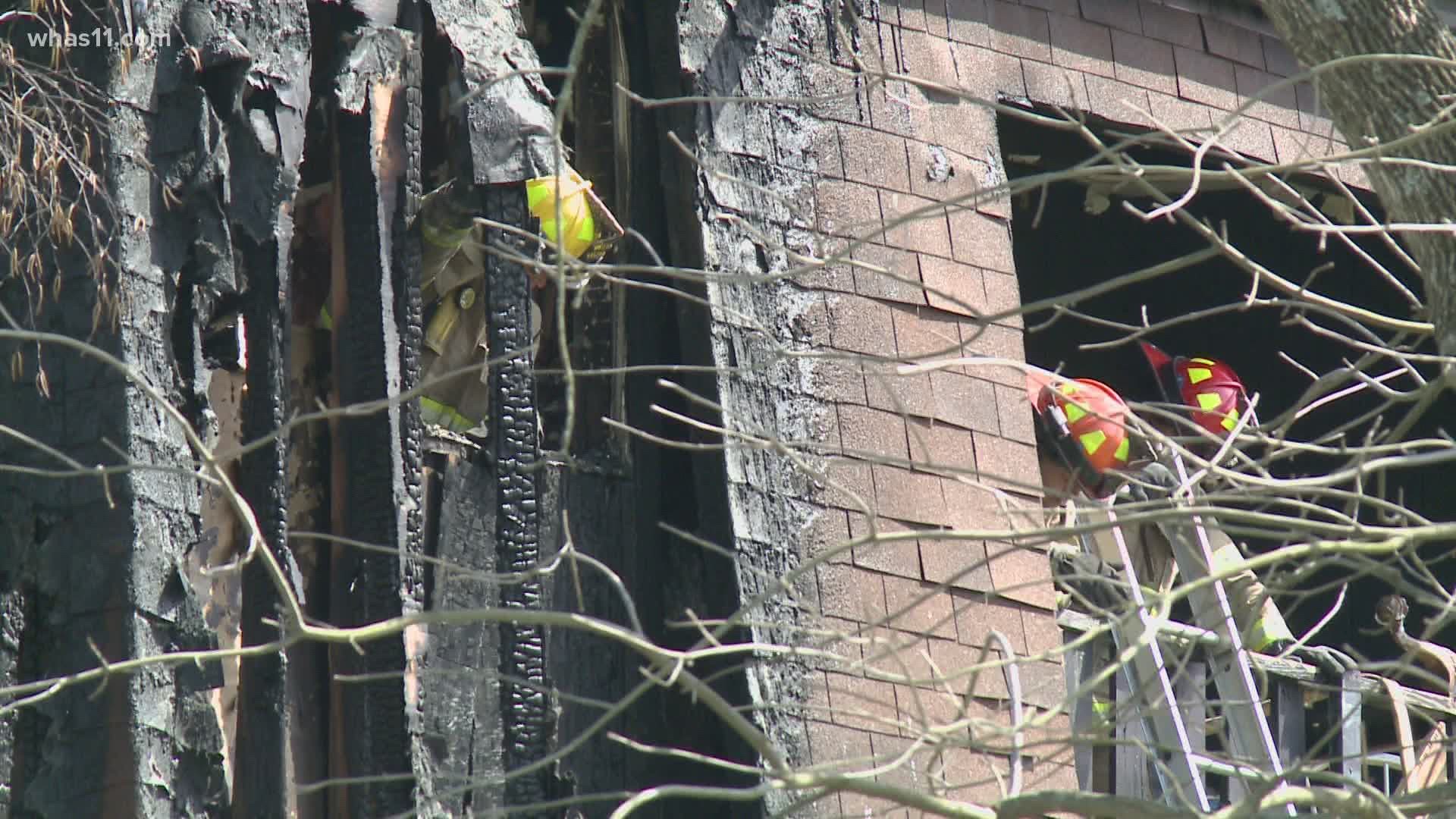 LOUISVILLE, Ky. — Jefferson County Fire Service responded to a large fire at a condominium complex in southeast Louisville on Monday.

According to a spokesperson for the fire department, multiple crews were on the scene in the 3500 block of Lodge Lane off Six Mile Lane.

All occupants of the building got out safely and one dog was rescued.

"One firefighter was treated by EMS. He's going to be okay. He wasn’t transported or anything," Spokesperson Jordan Yuodis said.

Of 18 units, approximately six were impacted and 10 to 15 people were displaced from their homes.

The fire department spokesperson said the fire was started by mulch next to the building.

"That could be from a cigarette butt being flicked into the mulch to a match being flicked into the mulch all those things. We've had a few calls today across Jefferson county for reports of mulch fires. Some close to buildings some not close to buildings," Yuodis said. This time of year with the wind the way it is, people assume that it's not that dry because we’ve had some rain but this mulch is hot when it's put down and a hot cigarette butt and a little wind like this can cause a catastrophic fire like we saw today.”

The call came in at 2:04 p.m. About 35 firefighters from several agencies responded and were able to get the fire under control in about 30 minutes.

"It is in shambles. I'm just hoping everybody gets what they need out of their apartment," resident Bryant Mitchell said.

"I was sitting on my computer and I had no idea it was going on," Mitchell said. "Didn’t even grab my shoes.”

Mitchell said he was in "disbelief" Monday afternoon. He was able to grab a camera and a small bag of essentials as he ran out amid the flames.

"It's definitely still a little bit of a shock. You never think this is going to happen to you but when it does you try to stay hopeful," he said. "I'm sure the shock will settle whenever I go in and look at my apartment.”

Mitchell said he's glad everyone in the complex is safe. While he didn't know which personal belongings remain, he was thankful to be alive. He credits the "unsung heroes" of the day who alerted him to the fire; his neighbors and the mailman.

"Without them I might still be in my house, I'm not sure," he said.

The American Red Cross is assisting the residents who were displaced with shelter or anything else they need.