For more than a year, a drill longer than a football field has been creating a tunnel underneath Louisville that travels from downtown to Lexington Rd. 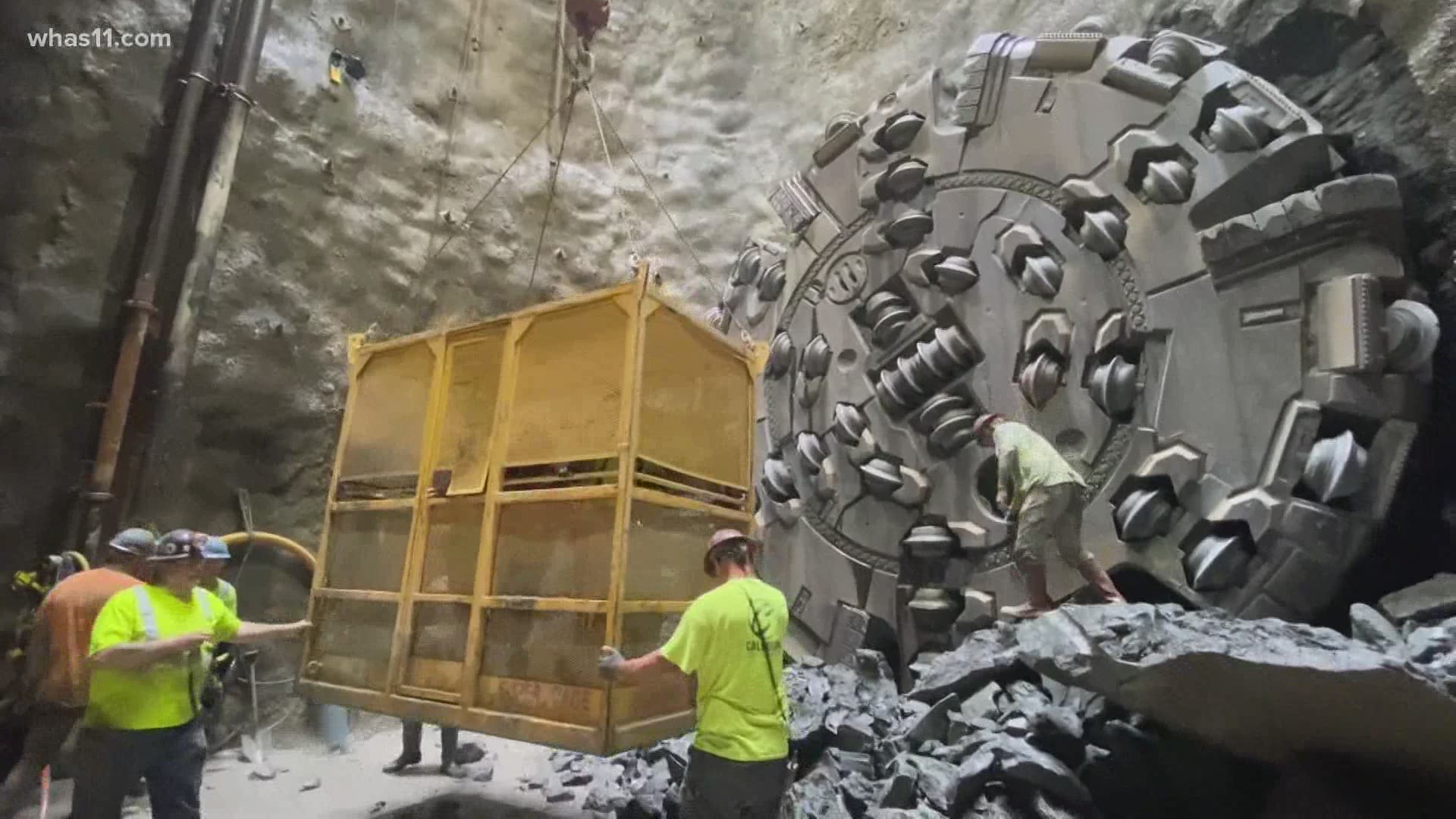 For more than a year, a drill longer than a football field has been excavating a tunnel underneath Louisville that travels from downtown to Lexington Road and Grinstead Drive. Tuesday morning, the machine broke through its final wall of bedrock, completing the excavation phase of the project.

The mechanical drill has excavated more than 625,000 tons of rock in order to create a four-mile tunnel 18 stories below. By the time the project is completed next year, the tunnel will be able to hold up to 55 million gallons of stormwater and wastewater.

The project is said to be an innovative solution to an environmental problem. MSD’s Waterway Protection Tunnel will help prevent wastewater and stormwater from overflowing during periods of heavy rain – ultimately reducing pollution in the Ohio River and Beargrass Creek.

MSD Executive Director Tony Parrott said the completion of this phase allows them to focus on keeping “the momentum going.” The next phase of the project includes lining the inside of the tunnel with a foot of concrete to seal it and prepare it to store the water.

The drilling machine, nicknamed “Bumblebee” in honor of Louisville boxing legend Muhammad Ali, is 412-feet long and weighs just under 900,000 pounds. While the machine is a beast to behold, most people would never know it was working right beneath their feet.

“Bumblebee has lived up to her nickname, as we’ve been hard at work virtually unnoticed underground while the Louisville community has gone about its business above ground,” said Jacob Mathis, MSD’s project manager for the Waterway Protection Tunnel.

The Waterway Protection Tunnel project is set to be completed by March 31, 2021.