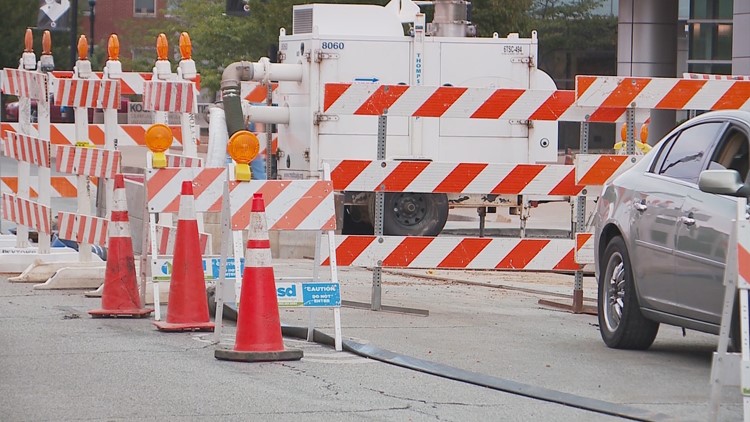 The cave-in of South Hancock Street was caused by a nearly three-foot break in a sewer line that runs underneath the road. MSD began working on that site Friday night and continued through the weekend.

MSD says permanent voids are responsible for the cave-ins at Fourth and Seventh Streets. Their crews have set plates over the cave-in on Fourth Street so traffic can flow safely.

MSD has already started repairs on the Seventh Street cave-in and will not be finished until sometime next week.

There will be traffic detours near all three sites.