Angela and Johanna Young were taken to UofL's burn unit after their house was destroyed in a gas explosion. Angela suffered 2nd and 3rd degree burns. 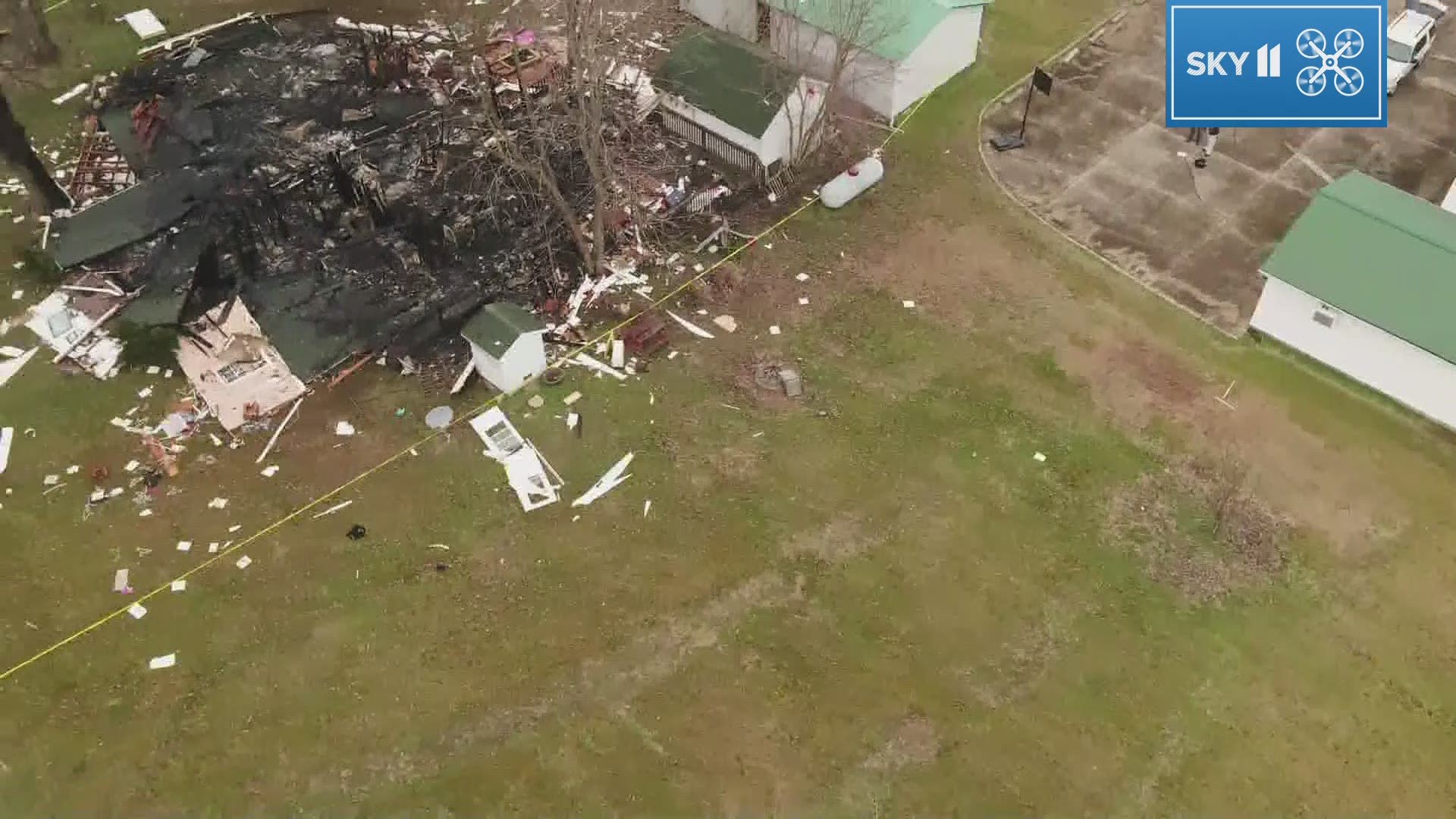 MILLWOOD, Ky. — A charred mess is all that is left of a Grayson County home after a gas explosion Wednesday night. A mother and her daughter were both injured in the explosion.

Family members told WHAS the victims are Angela Young and her seven-year-old daughter, Johanna. They were both flown from the scene to UofL's burn unit. According Angela Young's son, A.J., Angela suffered 2nd and 3rd degree burns to her body and is still at UofL. Johanna is now at Norton Children's Hospital getting treatment for a cut to her head and a few burns.

Fire crews said the house was destroyed by a low-level explosion. According to the state fire marshal, the home's propane tank was filled on Wednesday around 2:30 p.m. The tank was low and family members detected the smell of gas, but it was not clear how much was leaking.

Some of the debris was still burning early Thursday morning. According to Grayson County dispatch, additional fires were normal and expected and were later put out.

Drone video from Sky11 shows the remains of the house. Doors and window panes were scattered around the home and the main foundation of the home is charred and black.

Police have taped off the perimeter of the house as they continue to investigate.

If you ever smell gas in your home, you should call the gas company right away - or you can call 911.

While you're waiting for help to arrive, stay away from where you think the smell is coming from. If the smell is strong, leave your home immediately.