More than 1,000 Kentucky babies born with opioid dependency each year

One Norton Children's neonatologist said the hospital sees between 10 and 20 babies each month suffering from withdrawals. 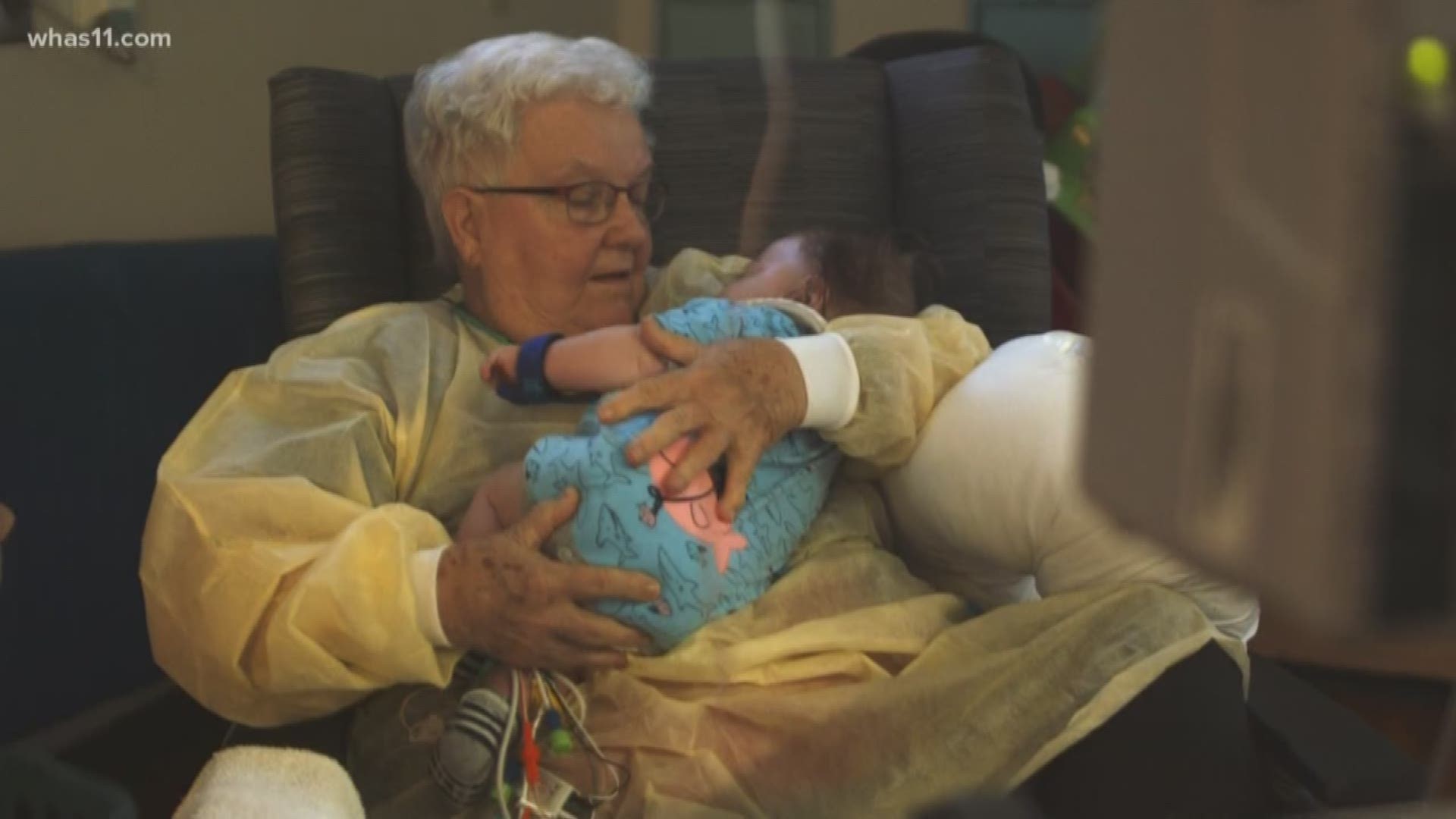 LOUISVILLE, Ky. — Opioid addiction has claimed millions of victims across the country, but perhaps the least visible victims are too young to understand how deeply they are affected. The children of addicts, some born into addiction, are caught in the collateral damage of the ongoing opioid crisis.

More than 1,000 babies were born with opioid addiction in Kentucky last year. Just like any other addict, the children suffer from withdrawals, called neonatal abstinence syndrome, when out of the womb. The babies struggle through seizures, low birth weight, and extreme pain.

“What we see is a healthcare crisis,” Seth Schultz, neonatologist and associate professor of pediatrics for UofL said. “The amount of babies that are going through withdrawal in the state of Kentucky is up over 1,000 each year.”

Norton Children’s Hospital officials said they see between 10 and 20 babies each month suffering from NAS. While NAS can be caused by several different drugs, Stanford Children’s Health said over half of babies exposed to opiates prenatally will experience withdrawal symptoms.

“They are probably our most challenging population because everybody’s hearts just bleed for these babies, but we can only do so much for them,” Schultz said. “It’s really difficult.”

RELATED: 'It's like you're grieving a death that hasn't happened yet': Harsh realities of the opioid crisis

Schultz said addiction does not discriminate, with hospitals in every county in Kentucky and every state in the country seeing babies suffer from NAS.

“There’s hospitals that are in the suburban parts of the country that have the same problems that urban areas have as well,” Schultz said.

As this becomes a bigger issue in hospitals everywhere, an army of volunteers have started supporting the suffering babies. Teachers, veterans and people from all different walks of life come into Norton Children’s and other hospitals to hold, rock and play with infants dealing from NAS. Their hope: to make their withdrawals less painful.

Sharan Benton, one of the “baby whisperers” who volunteers at Norton Children’s, said she comes to the hospital every Wednesday to spend time with children in the Neonatal Intensive Care Unit.

“The volunteers come in to be able to hold the babies, love on them, sing to them and tell stories,” Benton said. “Anything they need that will help them.”

Benton never married or had children, saying she feels blessed to have touched the lives of the children she has helped.

"It's just a wonderful way of touching children's lives who will never know you touched them,” Benton said, “but that you can love and love and love and help them as they work through this illness to become whole."

Schultz said Benton and other volunteers help the babies more than they may think, knowing they provide a warmth and love the children need.

“They’re called to it and they say these babies give them more than they could ever get to the babies…I don’t know about that,” Schulz said. “They are special people.”

Benton said she has never held any ill will towards the mothers of the children, saying she often feels sorry that they are missing out on their child’s lives and prays that they and their child can hopefully fight their addiction.

While volunteers help the babies as they go through withdrawals, the child’s fight is not over once he or she leaves the hospital. Schultz said babies suffering from NAS may have developmental, learning or social problems later in life, depending on the exposure they had prenatally and what environment they return to after birth.

Benson said she will likely never know what happens to the children she helps once they leave the hospital, but said she hopes and prays the mothers and their children will be able to fight addiction.

Schultz said hospitals are starting to receive more funding to help address these issues as government agencies begin to recognize how big the crisis is. The University of Louisville is leading research to determine best practices on how to take care of babies both while they are in the hospital and later in life.

“We have an obligation to not only help the baby, but the mother and the entire family as if affects our community,” Schultz said.

WHAS11's FOCUS investigative team will spotlight the work of volunteers like Sharan Benton and look into the price and cost of addiction in a new special, "Living with Addiction," airing Friday, June 28 at 4 p.m.