Having the person who did this suffer is not going to bring our dogs back, but hopefully, by someone being prosecuted, that'll help us heal in the process," said the owner. 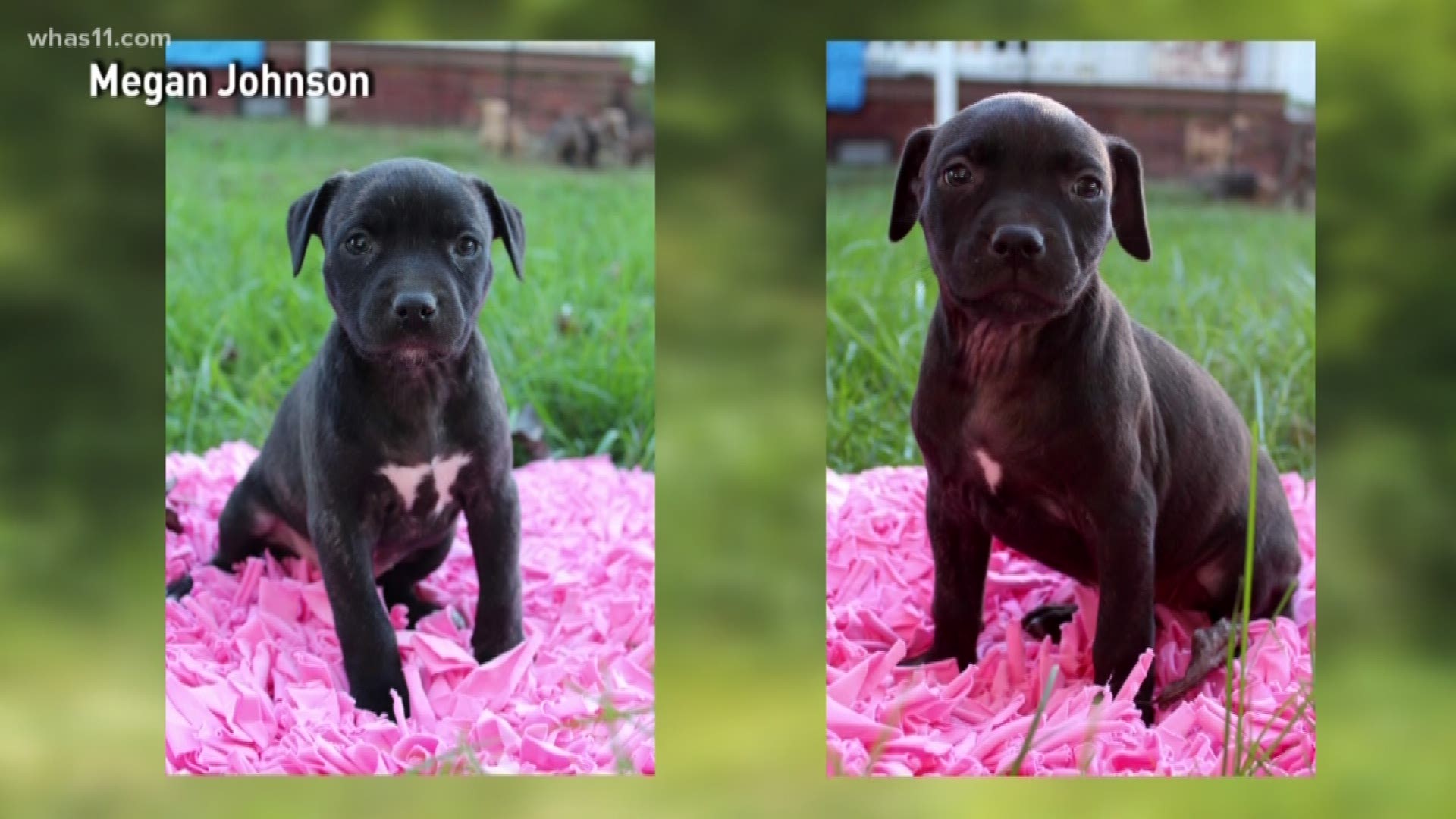 BLOOMFIELD, Ky. (WHAS11) -- Last Tuesday began like any other morning for Megan Johnson. She let her two dogs, Muffin and Peaches, out in the backyard of her Bloomfield home. The two dogs, black American Staffordshire Terriers, bolted into the woods behind her home, something they've done many times before.

"Once they started taking off, I immediately started calling after them and whistling and trying to get them to come back, which every other day they would come right back," Johnson said. "They would never be gone for long periods of time."

But this time, Muffin and Peaches would not return. As the hours ticked by, Johnson continued looking for them, making phone calls and posting flyers in the hope someone may have seen the two dogs, whom Johnson and her husband adopted when they were just six months old from Barktown Rescue.

"I went through all the woods and getting in our cars and searching. We went to Bardstown, we went to Springfield," she said. "It was a horrible day for us and it still is."

It was four days later on Saturday when Johnson said a neighbor came by and told them he had found two dogs in a ditch off Campground Road in Nelson County. Johnson said her husband went on his own to check and came back with the news they had been dreading - they were Muffin and Peaches.

"Automatically I just dropped to my knees and started crying," she said. "They're our children. We don't have our own kids and they are our own children for us. It was terrible."

Johnson said the vet told them their dogs had been shot at close range with a shotgun, then wrapped in a blanket and left outside. She did not know how long her dogs were on the side of the road, but she believes it had been a few days. Johnson's husband said when he first arrived at the spot, he saw a buzzard trying to drag one of the dogs onto the road.

"The way that they died and how cruel that was made it I think ten times worse," she said.

Johnson said Muffin and Peaches, both would have turned three next month, were both very affectionate and were not aggressive towards humans or other animals. She said she now wants to find justice for her two canine companions and to make sure her neighbors' pets don't meet a similar fate.

"Having the person who did this suffer is not going to bring our dogs back, but hopefully, by someone being prosecuted, that'll help us heal in the process," she said.

The Nelson County Sheriff's Office is investigating this case. Barktown Rescue is also offering a reward for anyone with information. Barktown Rescue can be reached at 502-833-2275 or email info@barktownrescue.org.