Tommy Ballard was committed to finding and bringing his daughter Crystal Rogers home. Ballard was killed in some type of incident in Nelson County. Police are conducting a death investigation. 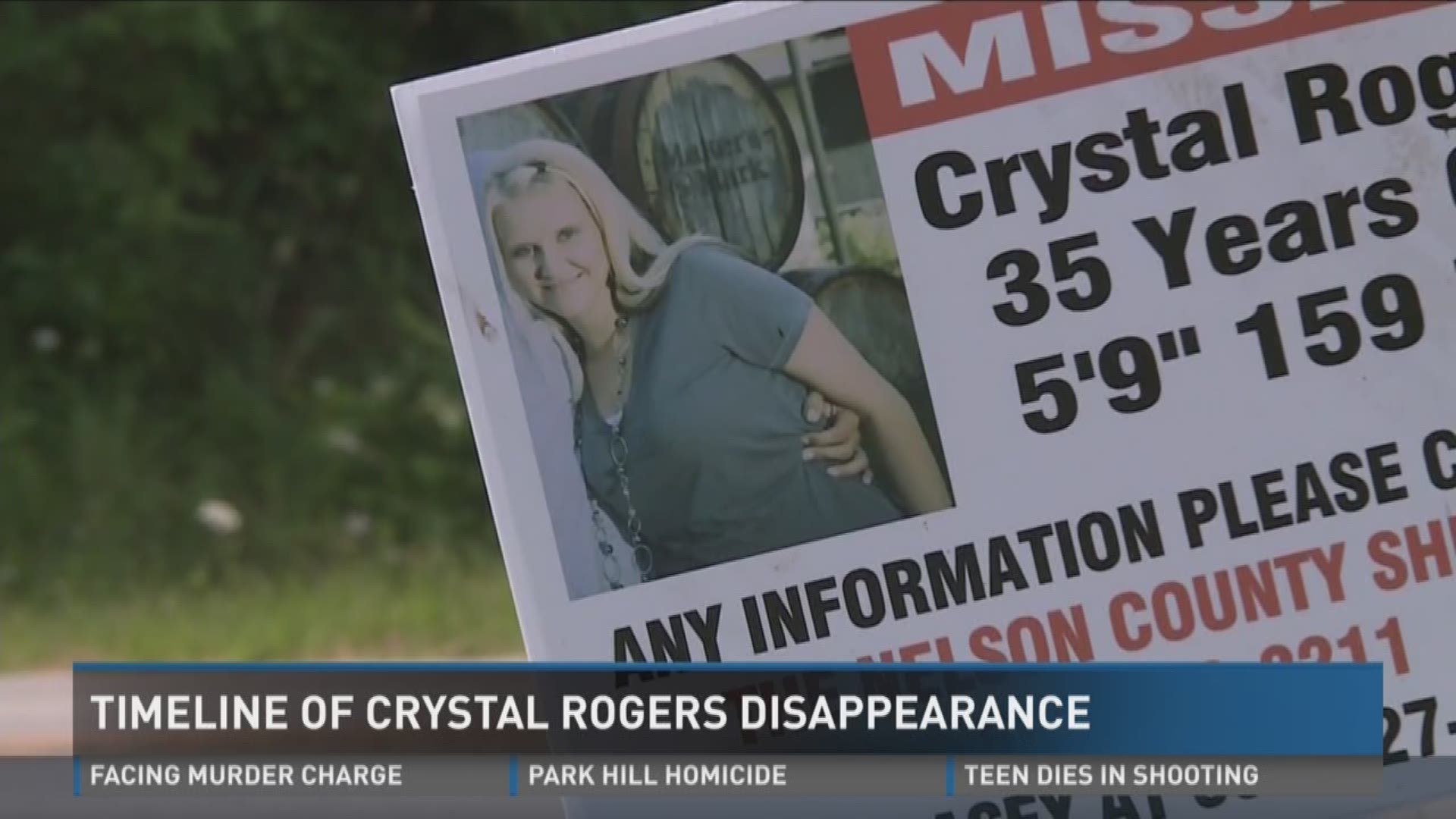 NELSON COUNTY, Ky. (WHAS11) – Family and friends have confirmed to WHAS11 News that Tommy Ballard, the father of missing Bardstown Mother of five Crystal Rogers was shot and killed Saturday morning in a hunting incident on Ed Brent Road in Nelson County.

The missing mother of five not seen since July 3, 2015. Investigators say the last person Crystal Rogers was with was her ex-boyfriend Brooks Houck. Rogers’ abandoned car was found on the Bluegrass Parkway the next day.

When our crew talked to Tommy Ballard during a 2015 search he told us, “If Crystal is out there and can see us, we're hunting for you, just anything, we'll check out anything, we just want to bring Crystal home.”

In October 2015, Bardstown Police fired Houck's brother Nick, accusing him of interfering with the Rogers investigation.

Rogers’ parents, Tommy and Sherry Ballard have always vowed to bring their daughter home. They’ve searched lakes, woods and everywhere in between. Let's take you to August of 2016. Nick Houck and his grandmother Anna Whitesides were served warrants to collect their DNA.

The Houck family farm was searched that month as well.

Reporter Michaela MacDonald talked to the Ballard’s on that hot August day.

“Whether they find something or the farm or they don't I still feel like that's where it happened. That's just how I feel, I feel like that always. I've been trying to get that search warrant for 14 months now and they're back so they must have something, otherwise they couldn't get back on the farm,” the couple said.

That day, Detective Jonathan Snow, with the Nelson County Sheriff's Office told our crew, “I'm not frustrated I'm hopeful, I think we are moving in the right direction, it's been a long road and it may be even longer but I think we're getting close.”

Whitesides’ lawyer in a statement to WHAS11 says police were looking for anything that could have been used to clean her old white Buick that has been taken in as evidence in the case. Authorities believe this car was involved in Rogers’ disappearance, the Nelson County Sheriff has said Rogers is presumed dead.

“We still got hope, the kids got a lot of hope and I'm kind of facing reality but I don't want to believe it,” Tommy Ballard, said during a search in October 2015 while fighting tears.

Through the twists and turns have stood two parents going through the unthinkable. Searching for their daughter, fighting a custody case involving their youngest grandchild and taking on the responsibility of raising their other grandchildren.

Police have named Rogers' ex-boyfriend, Brooks Houck, as a suspect in the case but he hasn't been criminally charged. The same goes for his brother Nick.