At the end of a difficult year, this surprise donation will directly impact Kentuckians in need. 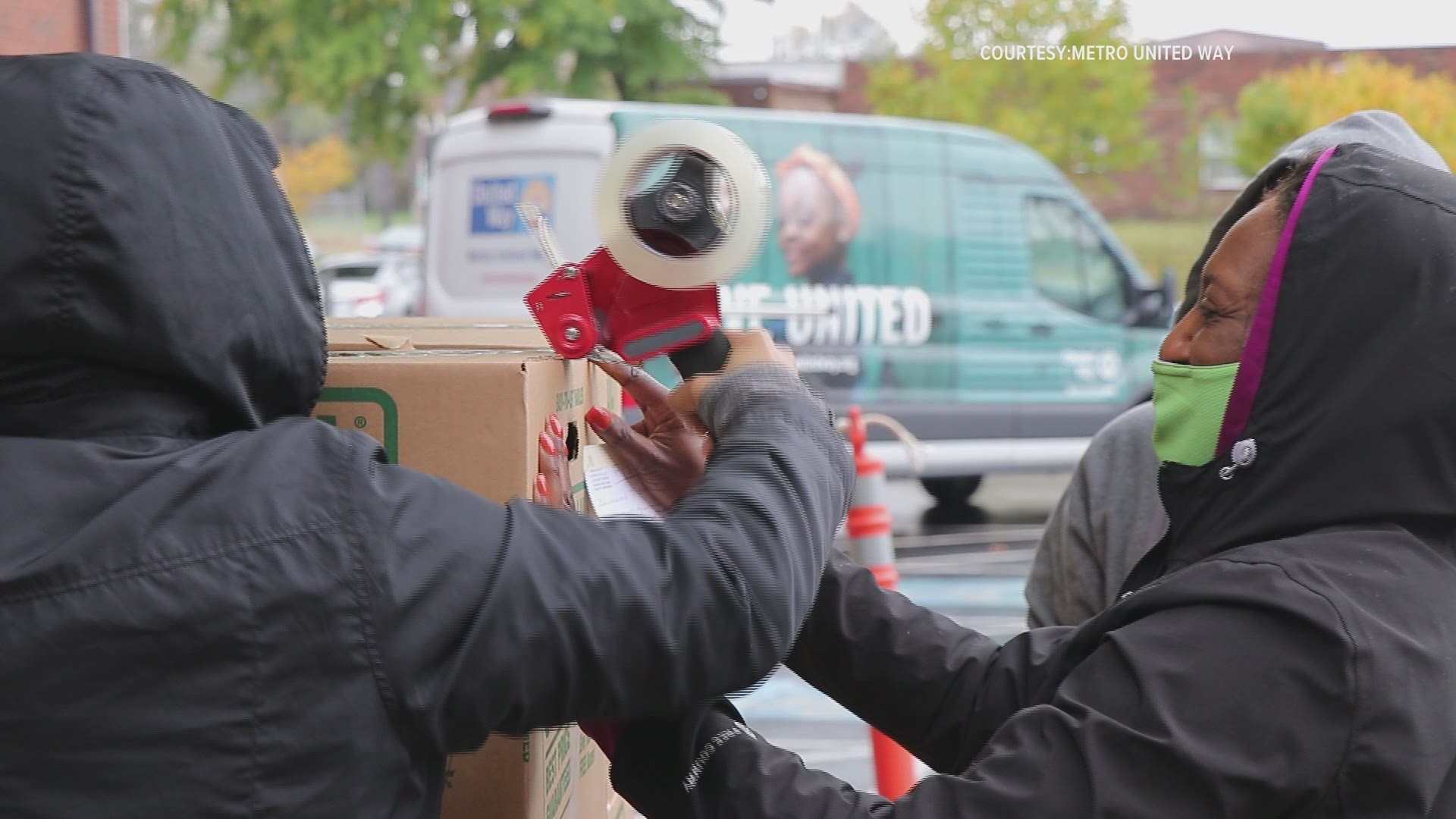 LOUISVILLE, Ky. — MacKenzie Scott, the activist and philanthropist, who was once married to Amazon founder Jeff Bezos has donated millions to non-profits nationwide, including two right here in Louisville.

Metro United Way received $20 million and Goodwill Industries of Kentucky received $10 million. It's part of the $4.1 billion she has donated over the past four months to nearly 400 organizations helping fulfill basic needs for many Americans struggling in the pandemic.

President and CEO of Metro United Way, Theresa Reno-Weber, and VP of External Affairs of Goodwill Industries, DeVone Holt, both said they nearly thought the gesture was a scam because they couldn't believe it. When they found out the money was actually real they felt honored to be recognized.

"Santa Clause came early for Goodwill this year," Holt said. "The richest woman in the world paused to take a look at what we were doing right here in Louisville, and thought there were several organizations worth investing in to transform lives. That to me says something significant about the work that's happening here in the community."

"Ms. Scott's transformational gift tells us that she believes in the longstanding work and powerful impact of our staff, partners and volunteers," Reno-Weber said. "She believes in the generosity and commitment of our donors and is adding her support to stand alongside them in the impact they fund each year in the hopes that it will inspire others to join us. Coupled with the incredible generosity of our local community, this gift will help Metro United Way better meet the tremendous needs we see growing in the wake of the pandemic and will provide a critical foundation for sustaining the bold, transformative innovations we must invest in to build a better tomorrow free of racial and social injustice."

The year 2020 has been an extremely difficult for many, especially those who are already in need.

Reno-Weber says at the beginning of the pandemic when businesses, schools, and childcare were immediately affected, they went into overdrive to support the community.

"So we have been working alongside to try to meet the demand at every step and yet the need is outpacing the resources we have," Reno-Weber said.

While this money won't provide complete relief, it completely changes what they are able to do for this community.

"I don't think I can appropriately or accurately underscore the impact and the lasting impact that this type of gift is going to make on our community," Reno-Weber said.

This money is directly helping those affected by the most recent economic struggles.

"Money like this amplified by other donors in our local community allows us to keep thousands of individuals safe," Reno-Weber said.

Metro United Way is focusing on many areas including eviction prevention, helping families and individuals pay for things like rent and utility bills.

"We know that people are on the docket to be evicted over the holidays and into the new year," Reno-Weber said. "This is the difference between a family living in a car over the holidays or staying in their home."

Aside from the 63 Goodwill stores across Kentucky, they are continuously supporting those with disabilities, criminal backgrounds, addiction histories and no work experience. This donation will be used to invest in programs and services to serve those around the state.

Credit: Evan Agostini/Invision/AP
FILE - In this March 4, 2018 file photo, then-MacKenzie Bezos arrives at the Vanity Fair Oscar Party in Beverly Hills, Calif. A donation from author and philanthropist MacKenzie Scott to Virginia State University has become the largest single donor gift in the historically Black college’s history. The $30 million donation by Scott was announced Tuesday, Dec. 15, 2020, in a post that detailed the nearly $4.2 billion in gifts given to nonprofit organizations by the philanthropist in 2020. (Photo by Evan Agostini/Invision/AP, File)

"We invest in them heavily and prepare them for workforce opportunities," Holt said. "This $10-million-dollar investment gives us the opportunity to be even more ambitious than we were planning to be."

In the 103-year history of Metro United Way, this is the single largest donation they have ever gotten, and the same goes for Goodwill Industries who is nearly 100-years-old.

“Goodwill is deeply touched by this incredibly kind gesture from MacKenzie Scott,” Amy Luttrell, president and CEO of Goodwill Industries of Kentucky, said. “As you can imagine, our team is especially excited about the ability this gift gives us to serve even more Kentuckians in deep and meaningful ways.