Louisville family cruises to a 'million' miles in Honda SUV

Why do some vehicles go the distance while others give up the ghost so quickly? A Louisville family is celebrating their 12-year-old vehicle's accomplishment. 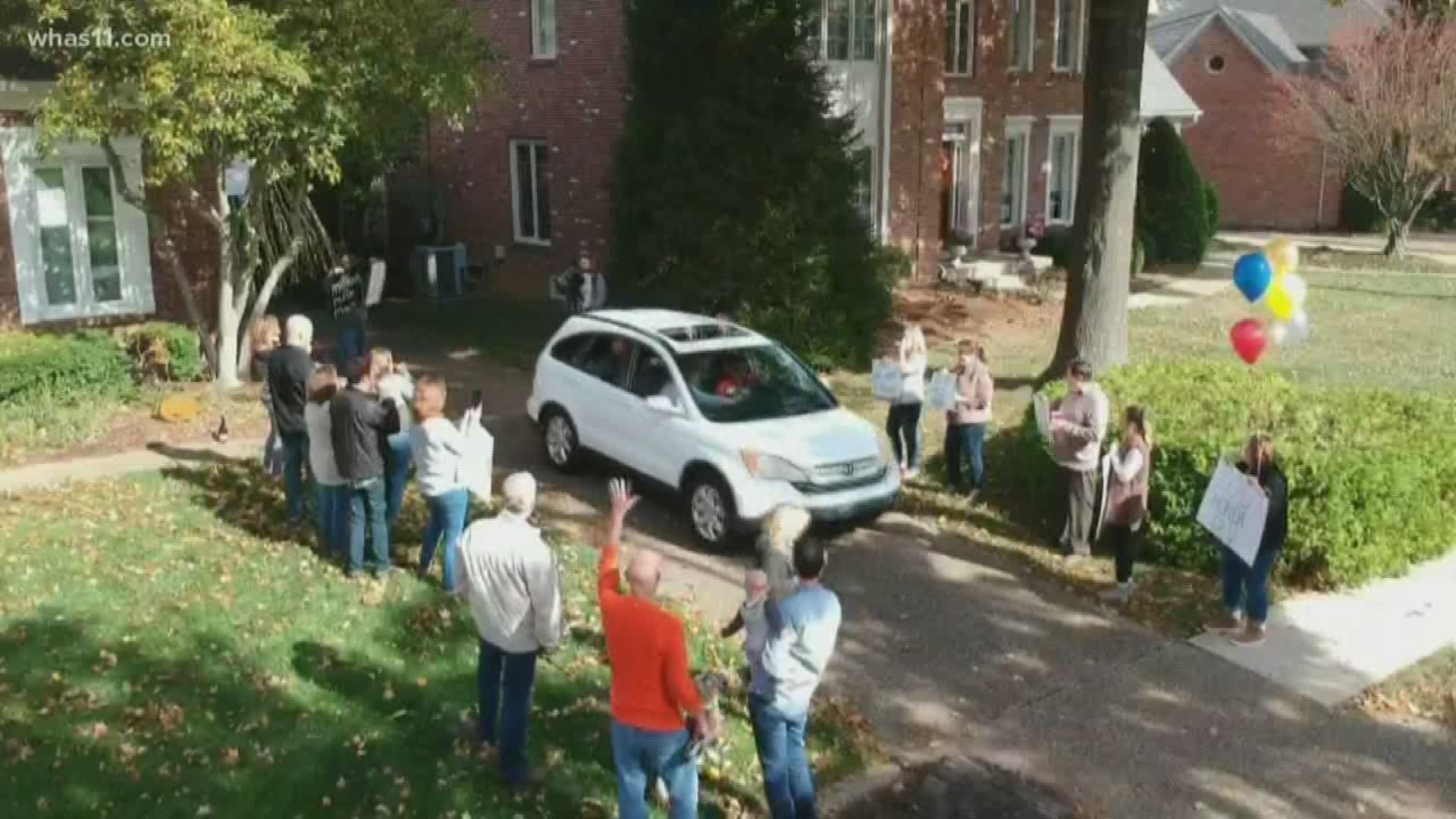 LOUISVILLE, Ky. — One stable at a time, the Eastridge family is celebrating every trip taken in their well-worn truck.

Paul and Jennifer of Green County, Kentucky are counting their good fortune, thanking the auto gods for their 19-year-old Dodge Dakota.

Why do some car engines go the distance while others give up the ghost so quickly? Those who aren’t vehicle savvy would think there’s a mystery behind it.

“There’s no mystery,” Keith Tinnell, owner of ProBilt in Jeffersonville, said. “It’s the blood that we’re running on ourselves – you have to have the oil, or you have no engine.”

“We’ve had some people come in bone dry with less than 50,000 [miles] where people don’t change them,” he said.

Paul said he purchased his 2000 Dodge Dakota over the telephone without seeing the vehicle.

RELATED: Why is an oil change necessary?

They use their vehicle as a shoeing truck, taking care of horses across southcentral Kentucky. He changes the oil every 5,000 miles with a careful ear pointed toward his engine.

“There’s all kinds of noises – thumpin’, a knockin’ and a peckin’ you don’t want to hear,” he said. “How it starts in the morning, the little hums it makes and if something’s not right, we notice it.”

Jennifer added, “[A] couple of weeks ago, we started having that noise. I said, ‘well, something’s different, you got to figure out what that is.’”

The Eastridges know their good ride may end at any time but they’ve decided at a half-million miles, two girls raised riding in it, it’s family and they will rebuild the engine.

The vehicle was named after one of Joel’s high school friends he says was very good at navigation.

Credit: WHAS-TV
The Cram Family celebrates after their 2007 Honda CR-V hit one million miles in October 2019.

“I love Lorraine. She’s been a good gal. We’ve had lots of great trips in her,” Susan said.

How did Lorraine end up with so many miles?

Joel explained Lorraine received a lot of her mileage from his job as a traveling salesman. He often travels to Nashville, Chattanooga, Knoxville, Lexington and back home.

He recalled a time when he took his car to be serviced. He said a young mechanic looked at his odometer, did a double take and stumbled in disbelief.

Joel said the secret to his vehicle’s sauce is regular maintenance.

He said Lorraine gets oil changes every 7,000 miles.

Credit: WHAS-TV
The Cram Family drives their beloved vehicle, Lorraine, while celebrating her achievement of hitting one million miles.

Joel shares the vehicle still features the original engine and since his purchase, he’s replaced an alternator, three sets of brakes, 10 sets of spark plugs and three catalytic converters. So, what has been the cost spread over 12 years?

He said the costs to maintain his vehicle has been “ridiculously little.”

For their loyal car, its big moment is just miles away.

Credit: WHAS-TV
The Cram family shares their computerized odometer from their Honda CR-V the moment before it hit one million miles.

The family said they are unsure who would buy a car with one million miles but say they are interested in selling it.

WHAS11 News
Are you still driving your high-mileage vehicle? If you love your old car, given it a special nickname or have a special story behind it, let us know! We will share a unique story about a local...