Middle school student back at school after near-death experience

Three weeks after her bus driver and assistant principal saved her life as she suffered from a ruptured aortic aneurysm, Zoe Thomas is back in school. 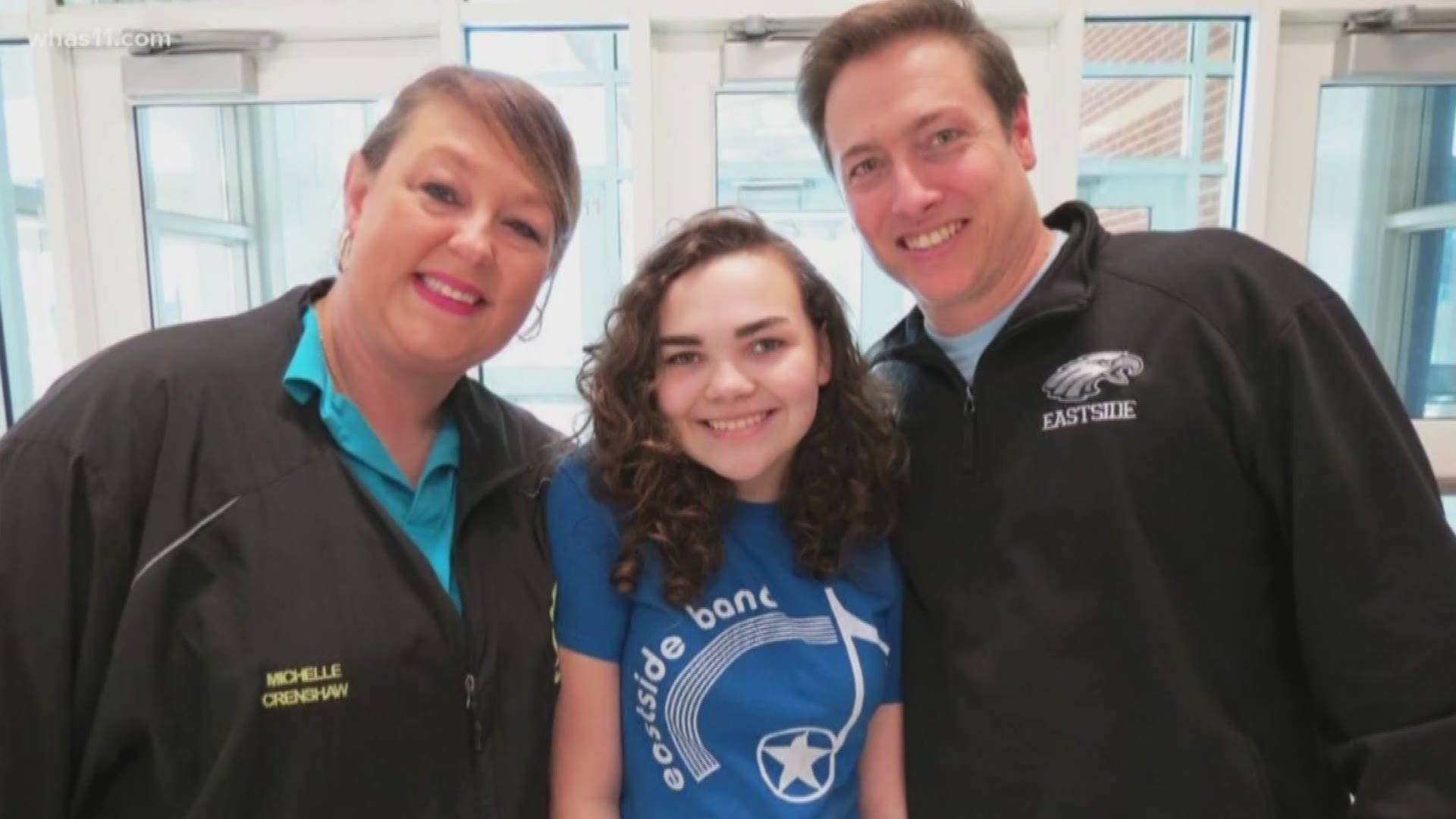 MT WASHINGTON, Ky. — It's been three weeks since a Bullitt County middle schooler nearly died on a school bus when her heart stopped beating. Today, Zoe Thomas is back in school and talking about her experience alongside the woman who helped save her life.

On February 28, steps from the entrance at Eastside Middle School, Thomas went from fine to frozen.

"I was completely fine one second. It all just happened so quickly," Thomas said.

Moments after getting on her bus to head home, Thomas's world stopped.

"I sat down and my vision started going out. And then, I remember waking up on the bus floor," Thomas said.

She suffered from a ruptured aortic aneurysm, bleeding internally. It's a diagnosis that can easily end in death, but fortunately for Thomas, bus driver Michelle Crenshaw was at the wheel.

"I looked in my mirror and I knew we were in trouble. Went back there and her heart had stopped," Crenshaw said.

Crenshaw sent a call out to 911 and the school's radio. Assistant Principal Kyle Buege was the first to respond.

"He was like a superman and helped me lay her on the floor right here," Crenshaw said.

Together, Crenshaw and Buege performed CPR on Zoe until an ambulance arrived.

"Everything happened so perfectly and if one thing had changed, it would've been so different," Crenshaw said.

Thomas spent a week in the Intensive Care Unit at Norton Children's Hospital. Three weeks later, she's back at school and all smiles.

"Usually she sits in seat three, but this morning, I made her sit directly behind me. Because when I look in the mirror, she's never in a blind spot. So, our eyes met quite a few times and she just grinned at me and I just grinned at her," Crenshaw said.

Thomas said her first day back was filled with pure happiness, the three of them celebrating Thomas's quick return.

"There was a lot of crying a lot of hugging," Thomas said. "I missed them a lot. It was just really good to see them again and they were happy to see I was okay."

Today, she can rest easy knowing she has a guardian at her side.

The two are now plotting their next steps, in Frankfort, where they hope to pass legislation requiring all bus drivers be CPR certified.

"We don't know much about making a law, but we want to learn and name it Zoe's law," Crenshaw said.

Crenshaw said the district's transportation director is already considering the requirement for Bullitt County bus drivers in the future.