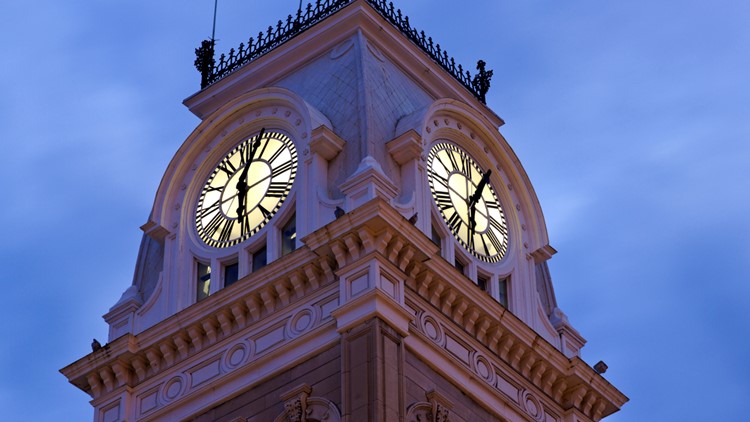 LOUISVILLE, Ky. — The Historic City Hall Clock Tower will show support for the LGBTQ community during PRIDE week, as it will glow the numerous colors represented in their flag.

“One of the unique qualities of Louisville Metro is our embracing of diversity and the LGBT Community throughout the city,” said Louisville- President David James (D-6). James announced the clock tower display change earlier this morning. “Let the Clock Tower show all that we support everyone who makes our city what it is: a welcoming community for everyone where all are respected and appreciated.”

RELATED: Pride flag will be raised at Louisville Metro Hall on Monday

In January of 1999, the city of Louisville went on record in the state of the Commonwealth, as the first city to pass an ordinance which expressed the fair treatment of and protection from discrimination for those who identified as members of the LGBT community.

“Today, we members of the Louisville Metro Council still support our LGBTQ community. Realizing that it is through our inclusivity and our diversity that we become a stronger, more prosperous and more dynamic community,” said the President James

This will be the second consecutive year that the Historical Clock Tower will glow in rainbow colors, from today through next Sunday.