The Metro Solid Waste Enforcement team is cracking down on illegal dumping and reminding people of the costly consequences. 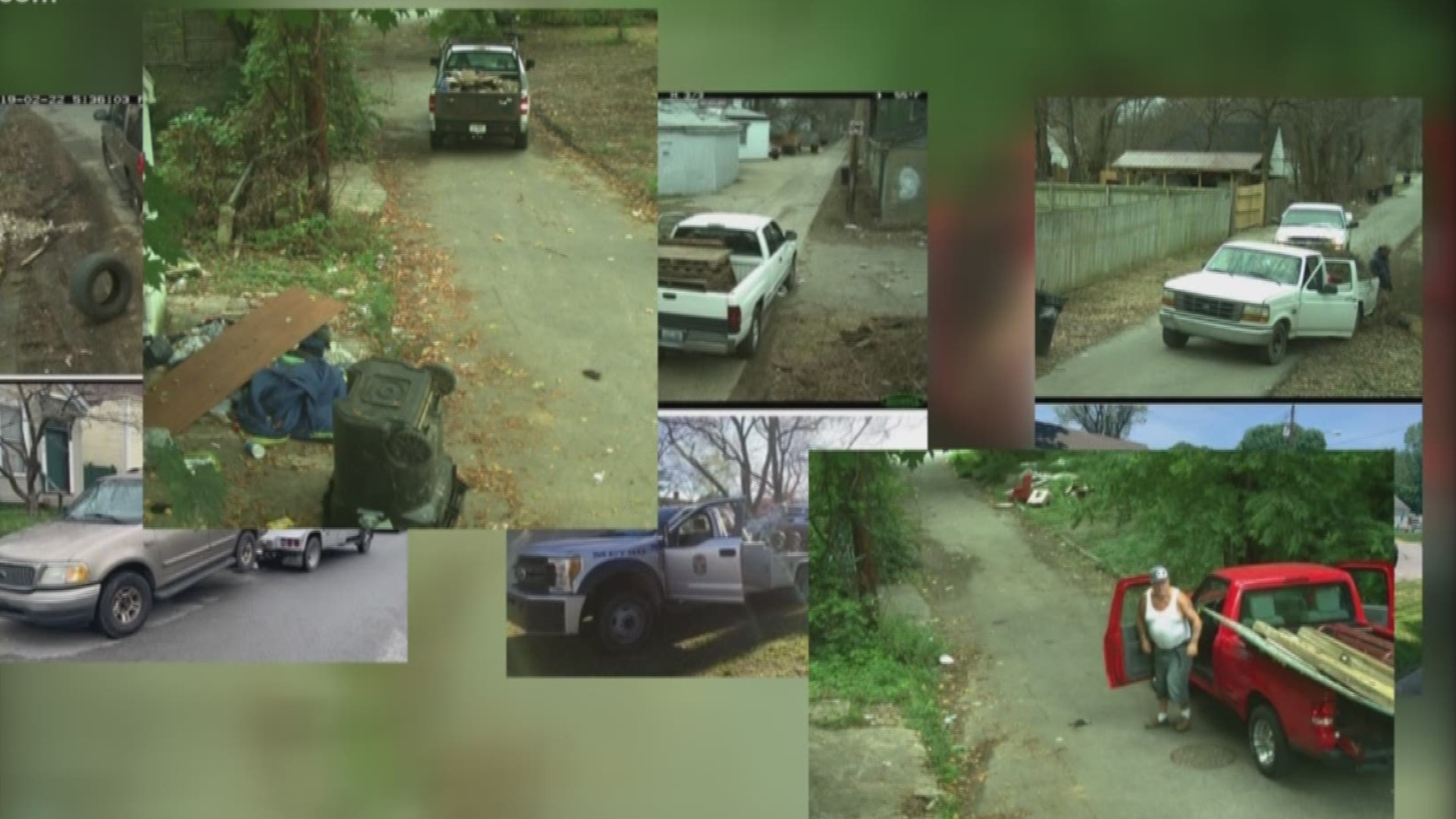 LOUISVILLE, Ky. — People may not see the cameras, but they are catching people in the act turning Louisville into a trash heap throughout Louisville neighborhoods.

The most recent dumper captured on camera was in a white Ford F-150, seen leaving behind a mattress and construction debris in an alley last month. It was the 11th incident caught this year.

“He got a thousand dollar fine and we took his vehicle,” said Metro Council President, David James.

It’s the costly consequence of careless dumping that the Metro Solid Waste Enforcement team is cracking down on.

”For the people that live in those areas, it's very disheartening, it's hurtful it brings down their property values, it ruins the quality of life,” said James.

It seems to be an unfortunate trend across all of Louisville Metro.

Someone driving a Ford Expedition in April was charged $750, plus a $250 fee at the impound lot for dumping tires on a vacant lot in the 1200 block of South Preston Street.

The same charge went to the person seen in a white Dodge dumping wood pallets on Marret Avenue.

The tree debris dumped on Parthenia Avenue cost someone $1500, and last month, a red Ford Ranger was towed away after dumping a couch in the Schnitzelburg neighborhood.

It can add up to thousands of dollars worth of fines and legal trouble in the end for the people caught dumping, when, in actuality, it costs only sixty dollars to dump your unwanted mess the legal way.

You can dump up to three bulky items a day at no charge at the Waste Reduction Center on Meriwether Avenue.

If it's a bigger load, and you're hiring someone to do it for you, make sure you get a receipt.