Protesters continue their call for police reform even though Metro Council isn't proposing cutting any funds from the department. 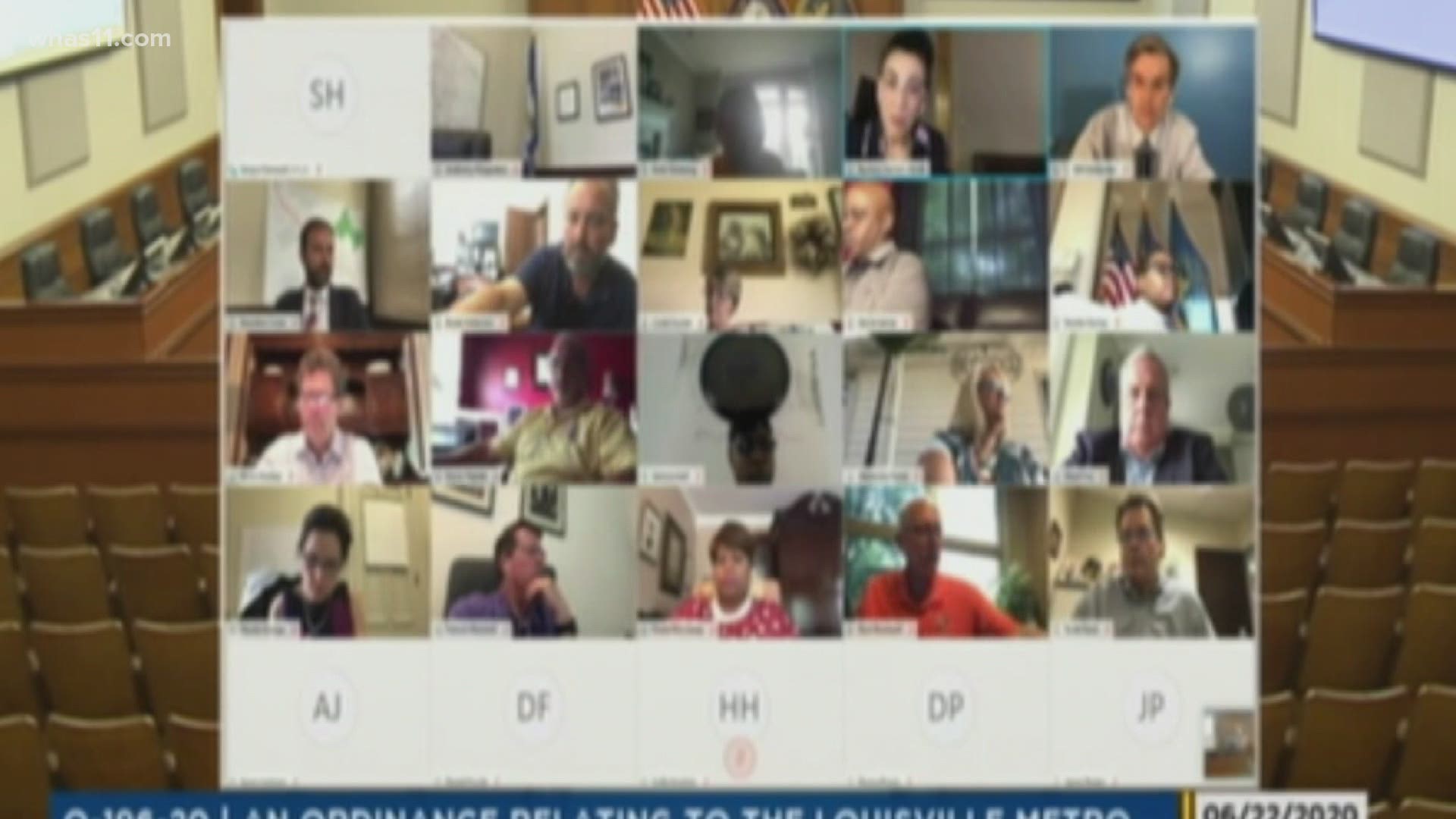 LOUISVILLE, Ky. — Protesters have made a stand for over three weeks asking for answers in the death of Breonna Taylor and demanding systemic changes. Now--the city is making moves towards police reform.

One of the big points of controversy surrounds whether or not to "de-fund the police."

The amended budget doesn't do that and Metro Council isn't proposing cutting any city funds from LMPD.

Rather, the amended version of the budget re-prioritizes how the department spends its $190.5 million.

In its amended budget, millions of dollars would go towards disadvantaged neighborhoods through affordable housing and property initiatives.

"We really are investing tens of millions of dollars in disadvantaged neighborhoods and we are using a piece of the police budget to improve i think the ways police can police," Budget Committee Chairman Bill Hollander, D-9, said.

Here's the proposed funds to go towards housing:

Some state and federal funds would also go towards recruitment, and training. Money would be spent on exploring co-responders, like behavior health specialists, for calls to the homeless or those with mental disorders.

"The revised budget redirects $1.2 million in state LMPD funds for exploration and implementation in deflection, a practice that moves individuals away from the criminal justice system in a behavioral health guided model, along with co-responder approaches which place behavioral health specialists with police to offer case management connections to treatment, housing, and services," Hollander wrote in a summary of the unanimous decision to amend the budget Monday night.

"Additionally, funds will be directed to recruitment efforts for a police force which more closely looks like and lives in the community; and training, including use of force, de-escalation, and implicit bias. It encourages Mayor Fischer and LMPD to redirect $1.6 million in federal funds for the same purposes, for a total of $2.8 million,and requires a public, detailed list of all those expenditures."

They also proposed allocating funds for a civilian oversight system, which is an independent board to review LMPD.

"Our police officers have been burdened with workloads and responsibilities that are far beyond the scope of their tools and training — and the result, naturally, has been poor outcomes for everyone involved," Councilman Brandon Coan, D-8, said.

Coan presented his idea of how to cut some LMPD funds, but other council members said they don't support the move...including the two former police officers on the council.

"I support no de-funding of the LMPD at all," Councilman Mark Fox, D-13, said.

"If we want to have professional law enforcement in our community, we have to pay our police officers well," Metro council President David James, D-6, said "We need to do better and look at other ways to help protect our community and we need to fund our police department."

None of the amended changes would need to come out  of the city's rainy day fund.

The amended budget now goes to the full council which will vote on it this Thursday.

RELATED: 'Too often we forget about Black women like Breonna Taylor' | Donovan Mitchell speaks about racial injustice at ESPYS