County attorney Mike O’Connell said with funding uncertainties, the city may need to consider terminating or suspending the contracts for those projects. 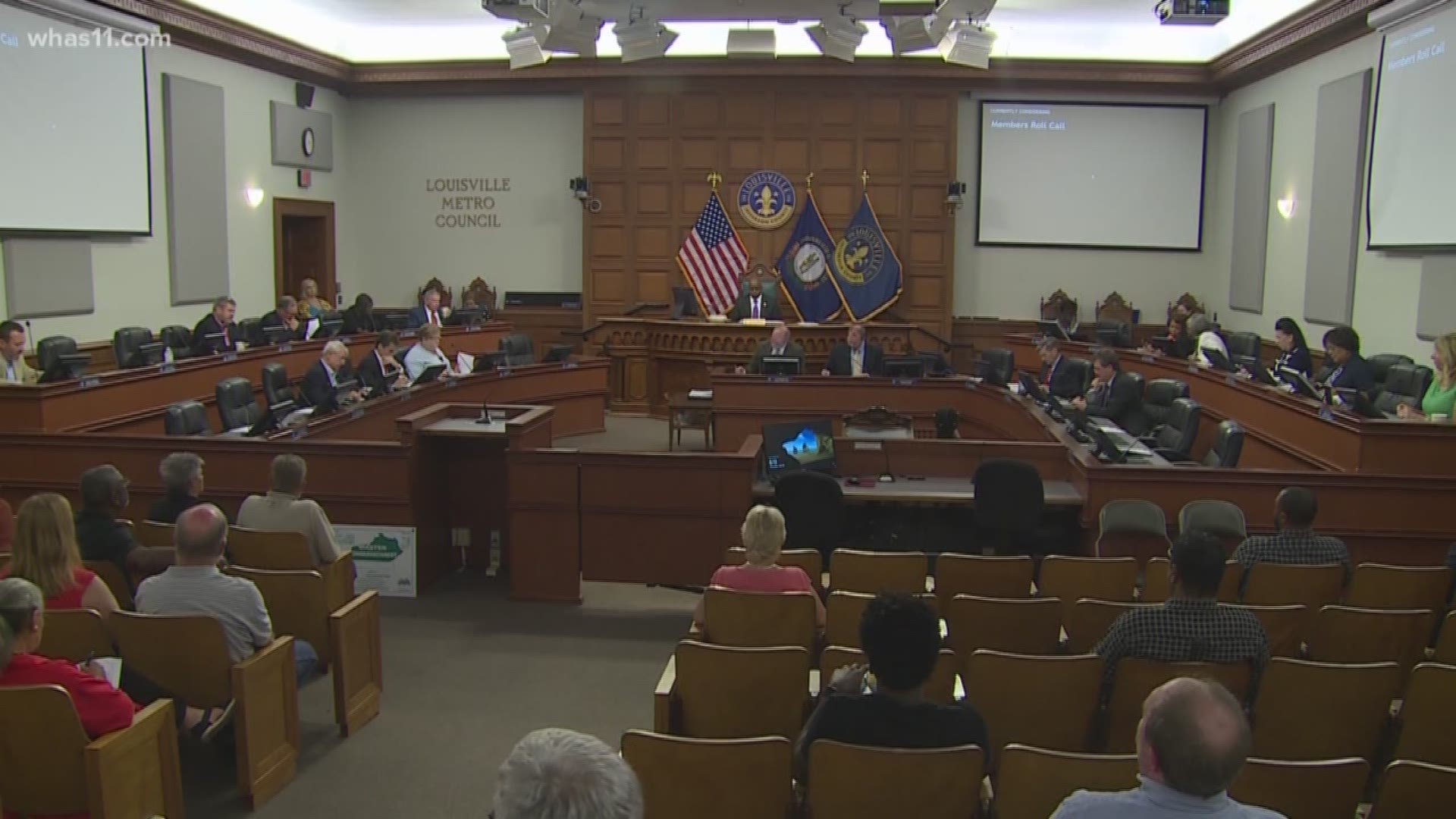 LOUISVILLE, Ky. — A "significant" decision by Metro Council to table the bond ordinance that would fund debt-related capital is getting a response from Mayor Greg Fischer.

The council voted 18-8 Thursday to suspend a previously approved bond ordinance that would be used to pay to fund the Northeast Regional Library and seed funding for the Louisville Urban League’s Sports and Learning Complex in the Russell neighborhood.

County attorney Mike O’Connell said that with funding uncertainties, the city may need to consider terminating or suspending the project's contracts. Mayor Fischer, though, urged members to find a funding solution, saying the vote was unexpected and without consultation with the Office for Management and Budget.

Metro Council President David James, who voted against the suspension, called a special meeting to discuss the revenue and budgetary issues Monday at 4:05 p.m.

"I learned about this on Thursday evening. I have been in contact with representatives of the Mayor's office and directly with council members. I am not worried yet. There are $82M worth of projects in that bond package. We are just $10M of that. I don't believe there is any way the Mayor's Office or Metro Council would not invest in the Louisville Urban League Sports and Learning Complex. They've already invested in soccer and they've made a commitment to us. So, I trust them to stand and deliver. I know things are tight and tough choices are being made, but not funding the only magnet project to happen in the gazillion years is not an option. No city leader in their right mind would bail on the opportunity to bring in more tourism dollars, clean a brownfield and encourage healthier behavior all in the same spot. It is a mistake to believe that this project is only supported by west end residents. This project, like the League, has support from people all over our city, black, white, Republican and Democrat and that is generally because that is who we support and serve. We continue to trust that the council will get it figured out. Let's give them time to do what they need to do."