Councilmembers are frustrated as they issued subpoenas in its investigation of Mayor Fischer's administration. 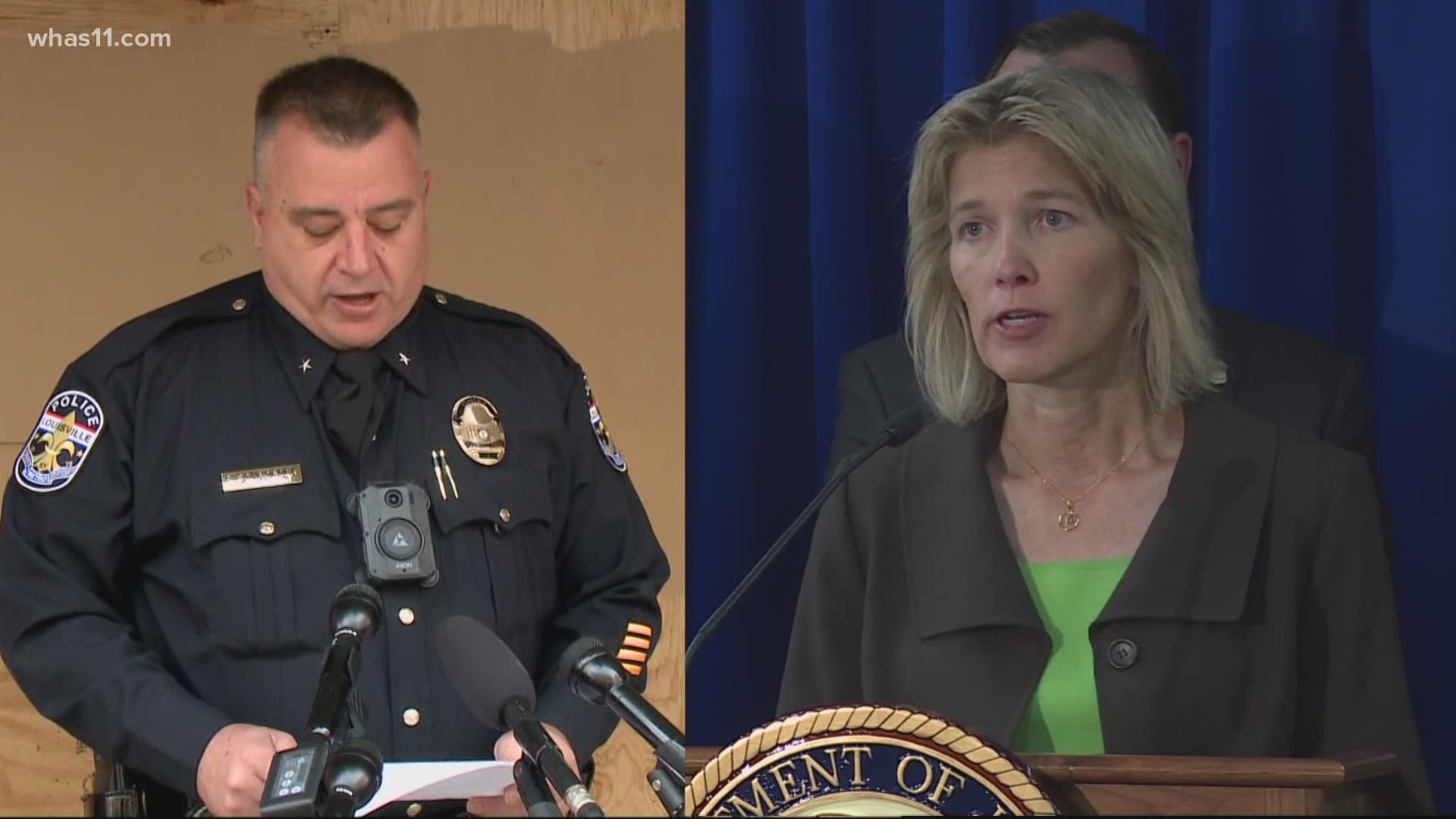 LOUISVILLE, Ky. — The acting Louisville police chief and the head of the city's public safety walked out of a Metro Council meeting, refusing to testify in open session.

"If you're not going to proceed, there's the door," Councilman Brent Ackerson, (D-26) said.

It comes after the committee initiated an investigation into Mayor Greg Fischer's Administration and its handling of protests.

"If we're compelled to proceed today and we're here voluntarily and prepared to proceed, the law requires it be done in closed session," Attorney David Gaurnieri, counsel for Amy Hess as a cabinet member of the executive branch, said.

The attorneys for Hess and Schroeder argued they couldn't testify because of a recently filed federal lawsuit against Schroeder, Metro Government, Mayor Fischer, and several LMPD officers. They said testifying to council in open court would jeopardize their position in the lawsuits.

"He has been named in a 47-page civil rights lawsuit, which I haven't even had the opportunity to talk to him about. It got filed Thursday evening," Attorney Joey Klausing, counsel for Schroeder, said. "He's not just been named in his official capacity. He's been named in his individual capacity as well. They are asking for punitive damages, compensatory damages for actions or inactions taken during his time as chief. To have him be compelled to testify here today would be in contradiction to the statutes that have been promulgated by our legislature."

The attorneys said the lawsuit had too much overlap with the topics expected to be discussed at the meeting, which included use of force and other tactics by LMPD during protests. Council had previously agreed to not discuss Breonna Taylor's case, or the circumstances surrounding the death of David McAtee, so as to not jeopardize the current ongoing investigations.

"We're not going into executive session. There will be nothing hidden from the public regarding this matter. Zero," Ackerson said.

After Schroeder, Hess, and their attorneys walked out of the meeting, councilmembers voted 10-1 to issue subpoenas. The only no vote was District 9 Councilman Bill Hollander, (D),  who said he needed more time to research the issue. Hollander also expressed frustration the committee members were not made aware of the "brewing" conflict prior to Monday's meeting.

"The fight's going to take some time, the odds are we're going to end up in court," Ackerson said of the subpoenas.

Several councilmembers, including the chairs of the oversight committee, accused Mayor Greg Fischer and his administration of trying to hide facts, due to the refusal to testify.

'We've seen this over and over and over again; using legal technicalities as an excuse to subvert or hide the truth," Councilman Anthony Piagentini (R-19) said. "I have yet to see proof that the mayor gives his staff guidance to be open with the public and open with this council."

The mayor's spokeswoman Jean Porter responded after the meeting with a statement:

"We understand that people in our city want answers. We want them too, and we remain committed to sharing information as soon as we can without jeopardizing pending investigations. The Committee chair was well aware before they set up today’s meeting that there are matters that we are legally not allowed to share, and they were advised of our concerns about proceeding at this time, specifically in light of a lawsuit filed late last week where Metro employees were sued in their individual capacities. But the Committee chair proceeded nonetheless. We look forward to returning to Council when all concerns have been properly addressed."