The attorney for Meade County argued that farmers don’t have the right to sue over the grain elevator closing and Nucor deal. 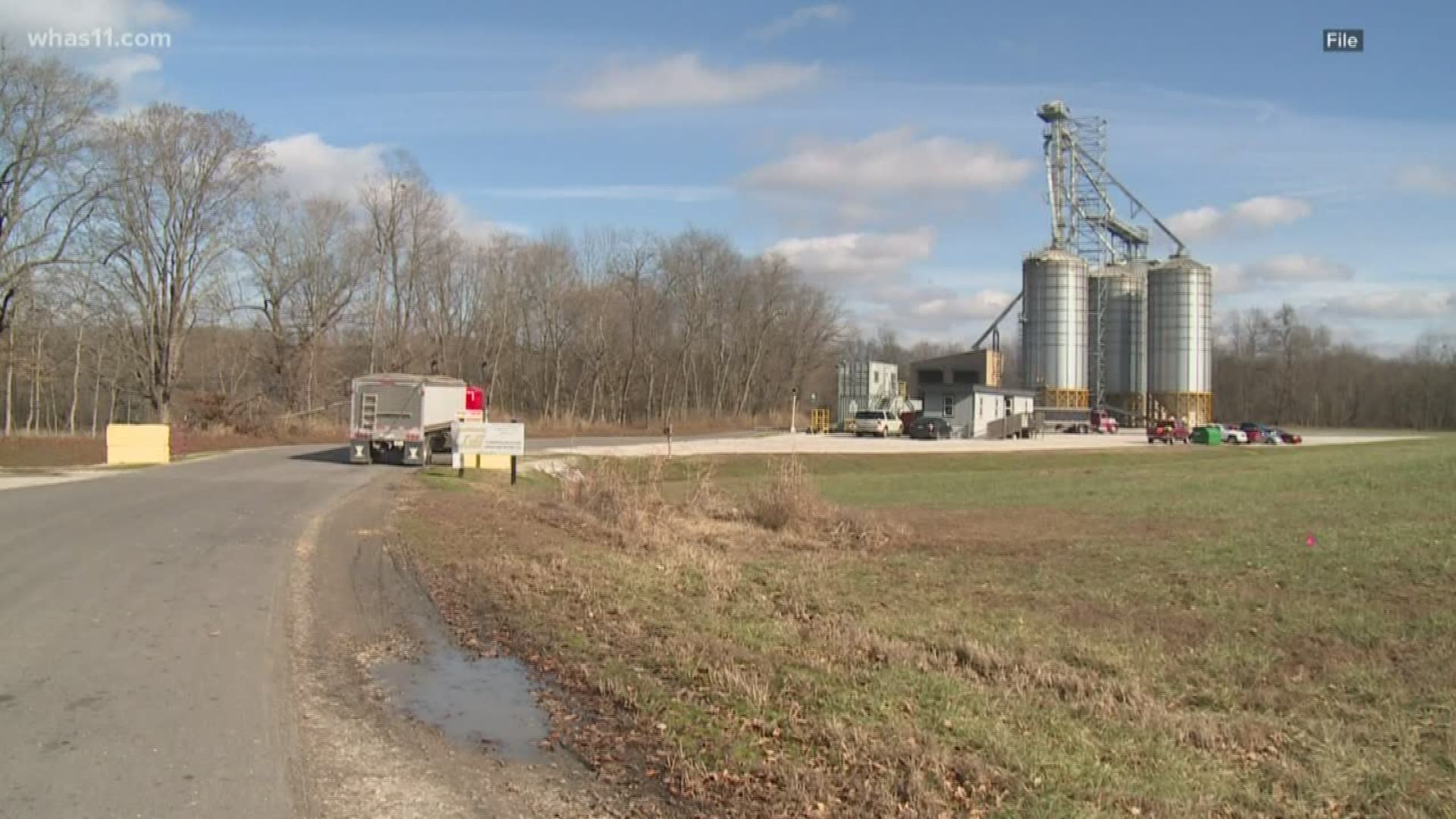 MEADE COUNTY, Ky. — Even as trucks rolled in and barges waited to be filled in Brandenburg, a judge was ready to hear the case that could keep the grain elevator open past the end of January.

Attorneys for the farmers filed a suit claiming the $1.3 billion deal to build a steel plant on the riverport site violated the Open Meetings Act and Kentucky Constitution.

After the spring announcement that Nucor had chosen Meade County, farmers were lead to be believe they wouldn't lose a grain elevator. In October, officials finalized the deal and announced the grain elevator would close, costing area farmers tens of thousands of dollars in transportation costs to get their grain to market.

The attorney for the county argued that the farmers, as a group that formed recently, don't have the right to sue.

Judge Bruce Butler said he needed to hear more arguments and asked both sides to file briefs so he can decide. Attorneys for Nucor, the grain elevator and county would not talk with WHAS on camera after court.

“They just want to hold it off as long as they can," said farmer, Larry Edelen. “I don't think they want to get to the meat of the lawsuit.”

When asked whether the decision to ask for more arguments disheartened him, Edelen answered, “I’ve got hope. I think them posturing to try to hold it off shows that we have legitimacy.”

The judge wants to read those legal arguments on January 23 which is only days ahead of the planned elevator closing. Until then, farmers will keep their fingers crossed and continuing hauling grain, hoping the road to market does not get significantly longer come February.