The photo, taken in 1989, shows McConnell standing in front of the Confederate flag at an event. 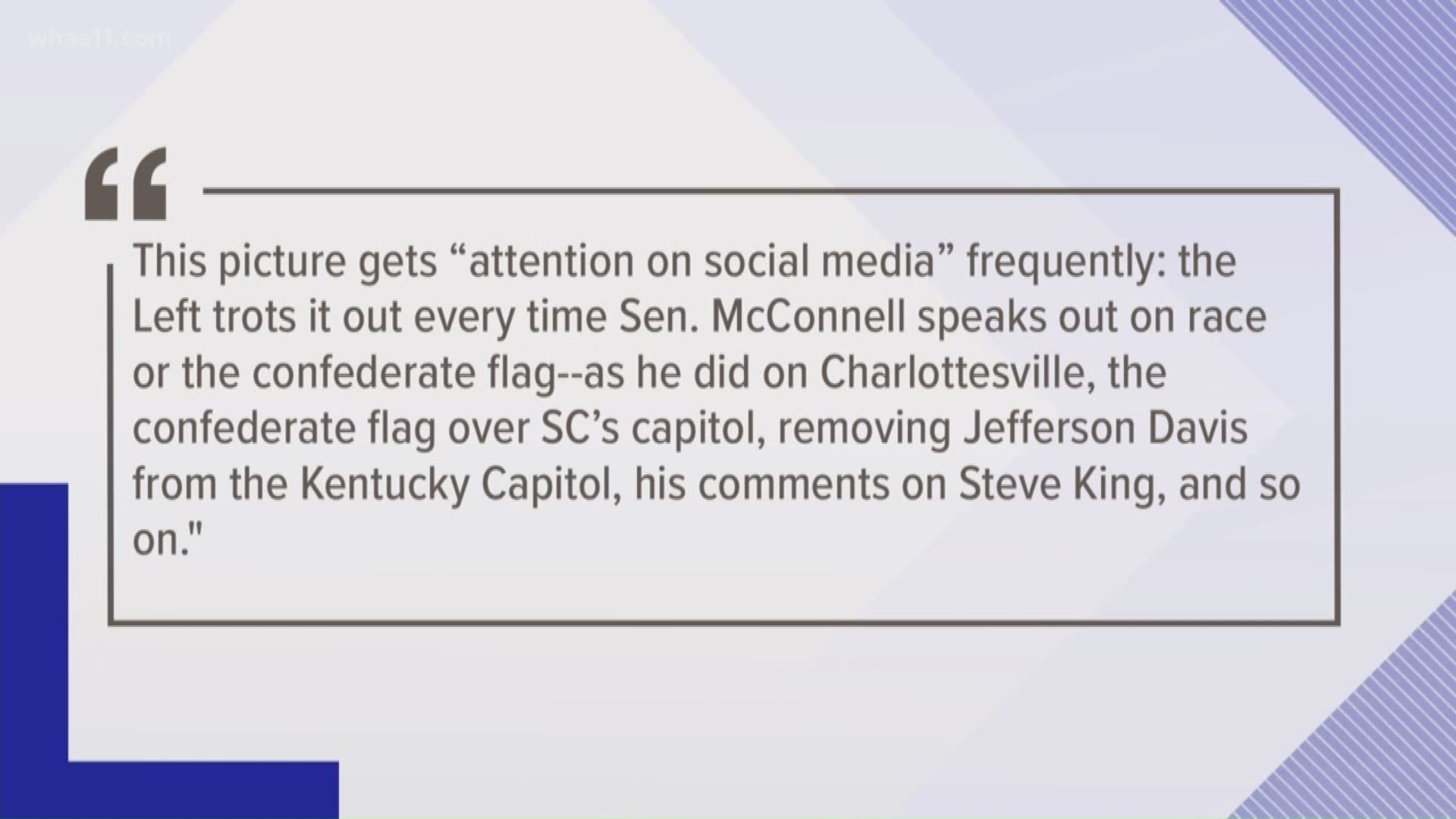 The picture, taken in 1989, shows McConnell standing in front of the Confederate flag.

WHAS11 News reached out to his spokesperson Robert Steurer Tuesday night and he released a statement.

“The picture is apparently from a Sons of Confederate Veterans event 30 years ago. This picture gets “attention on social media” frequently – the Left trots it out every time Sen. McConnell speaks out on race or the Confederate flag--as he did on Charlottesville, the Confederate flag over SC's Capitol, removing Jefferson Davis from the Kentucky Capitol, his comments on Steve King of Iowa. They've been doing this for many, many years."

McConnell called for the removal of the Confederate flag over the South Carolina Capitol in 2015.

Calls are growing for Northam to resign. over the racist photo in his medical school yearbook page. It shows a man in blackface and another dressed in Ku Klux Klan clothing.

Northam has denied it is him in the photo.