Brett Hankison is one of three officers involved in the Breonna Taylor case. The investigation into the sexual assault allegations is a separate case, mayor says. 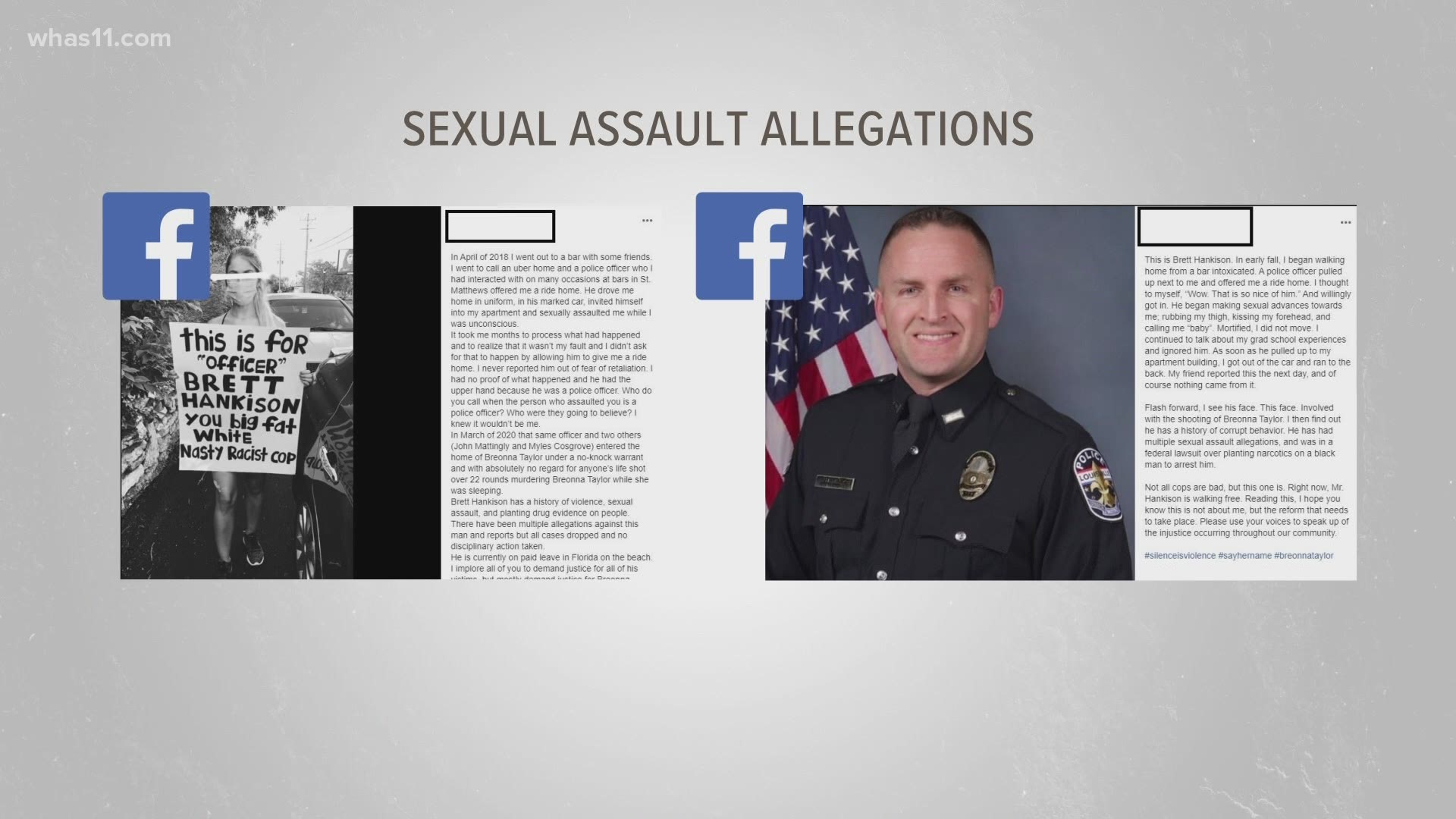 LOUISVILLE, Ky. — Mayor Greg Fischer has announced a broader review into the allegations of sexual assault against LMPD Officer Brett Hankison. According to a news release, LMPD’s Public Integrity Unit had previously opened an investigation into the allegations.

“But now we are also investigating this matter jointly under the auspices of the Kentucky Public Corruption/Civil Rights Task Force, which consists of FBI, LMPD, KSP, and the KY AG’s office,” the Mayor said.

Hankison is one of three officers involved in the Breonna Taylor shooting. The investigation into the sexual assault allegations is a separate case.

In a related matter, the Mayor said he has written the River City FOP demanding that Officer Hankison be removed from his position as a member of the Louisville Police Merit Board. The FOP membership elected him to the board, which reviews any disciplinary appeals and consists of five civilians appointed by the Mayor and two police officers elected by the FOP.

“Given the very serious allegations against him and investigations by the Attorney General and the FBI, it is profoundly inappropriate for him to be in this role,” the Mayor said in his letter. “In the event the FOP does not act, we will work with the Metro Council and Jefferson County Attorney’s office to find other ways to remove him from the board.”

The Mayor has directed LMPD not to submit any cases to the Police Merit Board for consideration until this matter is resolved.

The Mayor reminded residents to participate in a community survey to share their priorities for Louisville’s next permanent chief of police.

Nearly 3,000 people have completed that survey.

“We need to hear from you,” the Mayor said, “because as I’ve said before, if people don’t have confidence in the police as a whole, if they don’t believe officers are honest and competent, treat people fairly and with respect – there is no legitimacy in our policing.”

RELATED: 'We absolutely need to hear from you' | Fischer announces city-wide survey in search for new police chief

“The input of both the public and the department are important,” the Mayor said on Wednesday. “The new Chief must be able to communicate and have trust with both the community and our police.”

The community survey will be up for at least three weeks and can be accessed here.

The city is working to set up a phone line for those without access to a computer.