Jones, who describes herself as “just another soldier in the army for peace, justice, and equality,” said she is honored by the award. 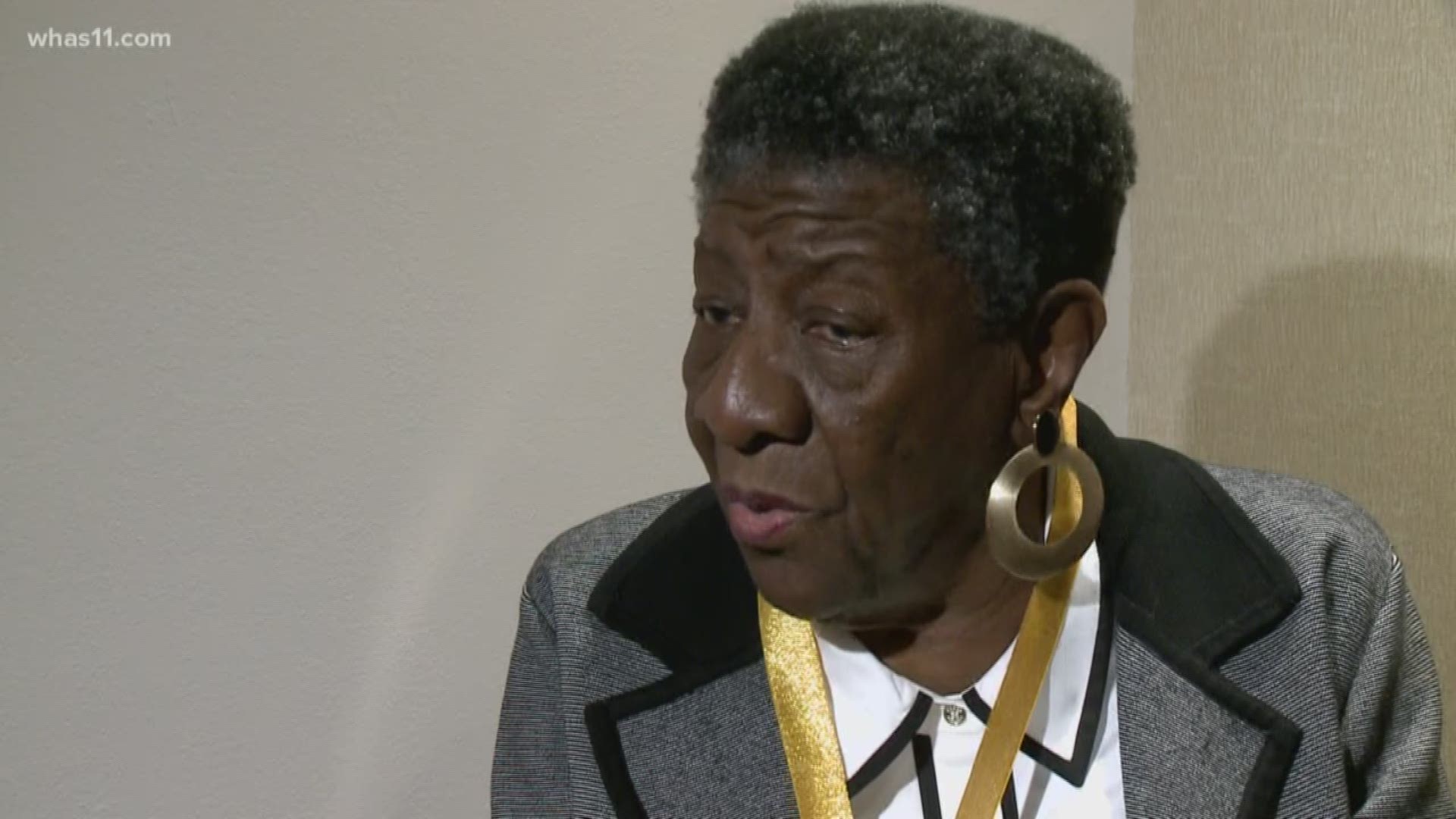 Jones is a native of Memphis, Tenn., but moved with her family to Louisville as a child, after her father took a job at the Quartermaster Depot in Jeffersonville.

According to Mayor Greg Fischer's announcement, Jones’ public activism began not long after her graduation from Central High School in 1951. She attended Indiana University but says she quickly decided it was not safe or welcoming for black students, so she transferred to the University of Louisville, which had recently desegregated its main campus. But after being denied a work-study position and being told white co-eds would not accept working alongside her, Jones left college and joined the Black Workers Coalition to fight for equality in employment.

In over six decades of activism since, Jones has organized countless demonstrations, public conversations, and boycotts focused on women’s and worker’s rights, environmental justice, peace, and police/community relations.

Jones was a founding member of the National Alliance Against Racist and Political Repression and has helped lead and staff numerous local and national justice operations during her long career.

“At the tender age of 86, Mattie Jones has outlived some of our community’s original civil rights stalwarts, and to this day, she outworks many others to remain an active advocate for justice, equality, and equity,” said Mayor Fischer. “Mattie’s battles and victories over the years against racism and sexism only make her advocacy and inspiration more powerful. There is no quit in Mattie. She is most worthy of this significant recognition."

Jones, who describes herself as “just another soldier in the army for peace, justice, and equality,” said she is honored by the award.

“I appreciate Mayor Fischer making me this year’s honoree, and I appreciate too, that Mayor Fischer did not forget west Louisville after Election Day. When invited, he shows, and that’s important,” Jones said, adding that she’ll be accepting the award on behalf of her family and her community.

“If it wasn’t for God, my family and my community, I would never had made it. My husband caring for the children, my mother’s support, the people who maybe didn’t march or demonstrate but would walk by and wave and say, ‘Miss Mattie, we’re praying for you,’ I needed them all,” she said. “To experience and be a part of the changes in my lifetime, I am blessed to have been a soldier, a majorette for justice!”

Jones said receiving the Freedom Award is especially poignant for her since she is a native of Memphis and was there helping prepare for an upcoming demonstration on April 4, 1968, when Dr. King was assassinated. “It’s hard to describe how awful that was,” Jones said. “Dr. King was not the only organizer and not the only agitator of our time, but he was a beacon for justice, and his death brought such darkness.”

In the 60’s she marched against segregation in public schools and for open housing and credits the late Sen. Georgia Davis Powers, then a neighbor in the Parkland neighborhood, for inspiring her to get involved. “She asked me to attend a meeting, and when I got there, there was Dr. King, Rev. Abernathy, and so many other inspirational people. I left there on fire,” Jones said.

On the environmental justice front, Jones fought against toxic emissions in Rubbertown and for greater oversight of the companies there, through the Strategic Toxic Air Reduction program. And through the Louisville Black Chamber of Commerce, she and Coleman worked to see a high percentage of minority-owned construction companies involved in the building of Papa John’s Cardinal Stadium and the YUM! Center.

In 2018, in honor of Mattie Jones’ 85th birthday, then-Councilwoman Cheri Bryant Hamilton announced that two blocks of River Park Drive would be honorarily designated as Mattie Jones Way. The route intersects Louis Coleman Jr. Drive, which Jones’ bio notes reflect “a meaningful reminder of all these two influential civil rights leaders accomplished together in Louisville and far beyond.”

Mayor Fischer will present the Freedom Award on Jan. 19 during the “Keepers of the Dream” community arts celebration dedicated to Dr. King, in Whitney Hall at the Kentucky Center on Main Street.