The two males were held up by police for 30 minutes, searched by several officers, and their vehicle by a canine. 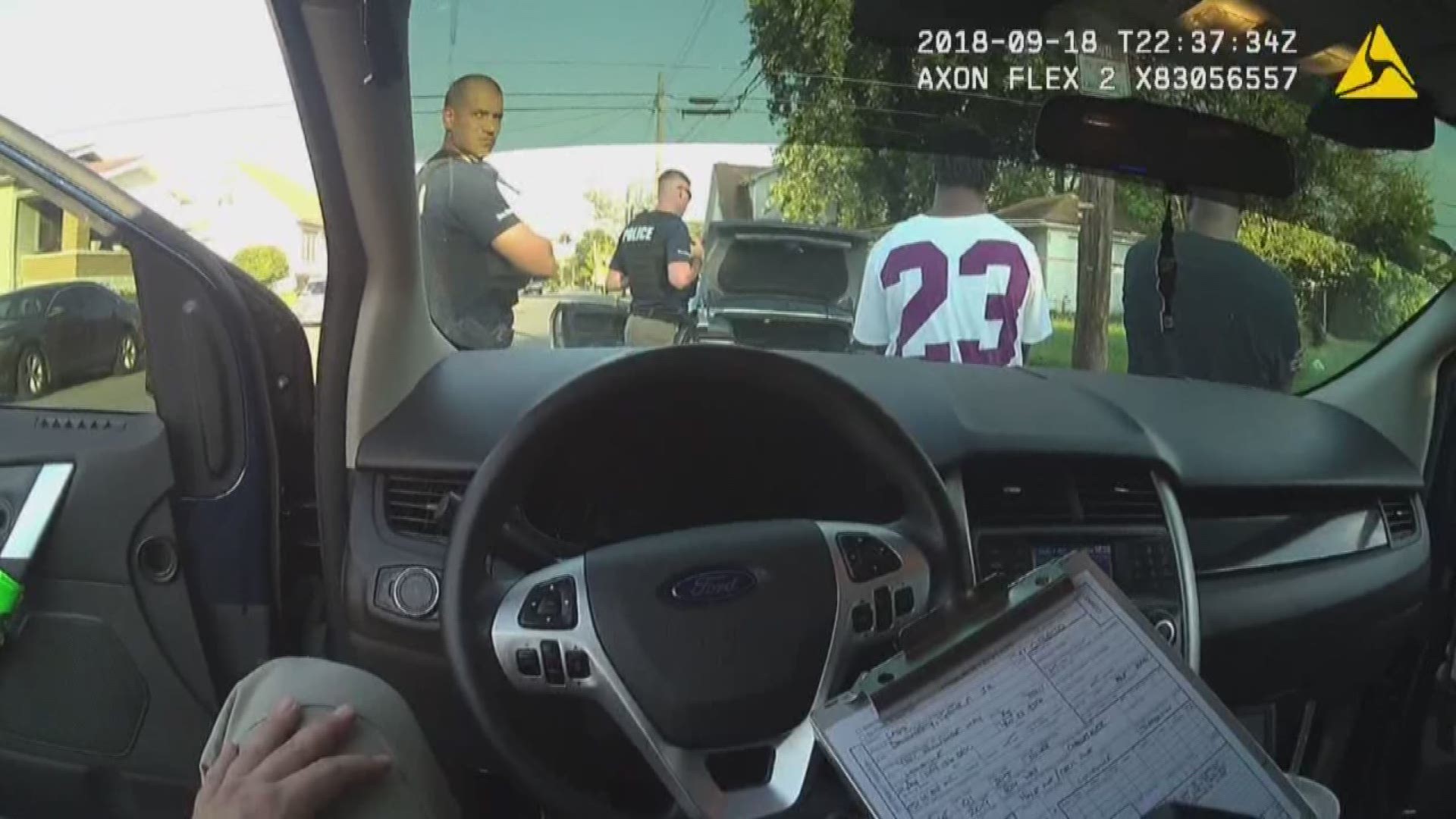 The traffic stop happened September 18, 2018, at 43rd and Hale Avenue after the driver failed to use his turn signal.

Tyrone Daugherty was driving his 2015 Dodge Challenger in the city's west end when Metro Louisville Detective Kevin Crawford pulls him over for failing to use his turn signal.

In police bodycam video, you see Daugherty explain to the officer he has a legal gun inside the car.

Daugherty shows his license for proof and tells Officer Crawford he has a passenger with him who has developmental disabilities. Nevertheless, Daugherty is ordered out of his vehicle.

The two males were held up by police for 30 minutes, searched by several officers, and their vehicle by a canine.

According to the video, police pull out a large speaker from the trunk and even leave the men barefoot while checking their shoes.

"But it's not the officer, this officer didn't act alone,” Attorney Shaun Wimberly says.

Attorney Shaun Wimberly says there are at least four pending lawsuits filed against LMPD involving traffic stops. The county's attorney office says as of Sept.24 none of the lawsuits are resolved.

WHAS has also learned Detective Crawford was involved in at least two of those traffic stops.

Metro Police say they don't comment on pending litigations, but they tell WHAS that Officer Kevin Crawford resigned in June.

RELATED: Investigation reveals LMPD traffic stops are down by half