It is that time of year again, but Joe Bohannon knows it's not always merry for everyone. 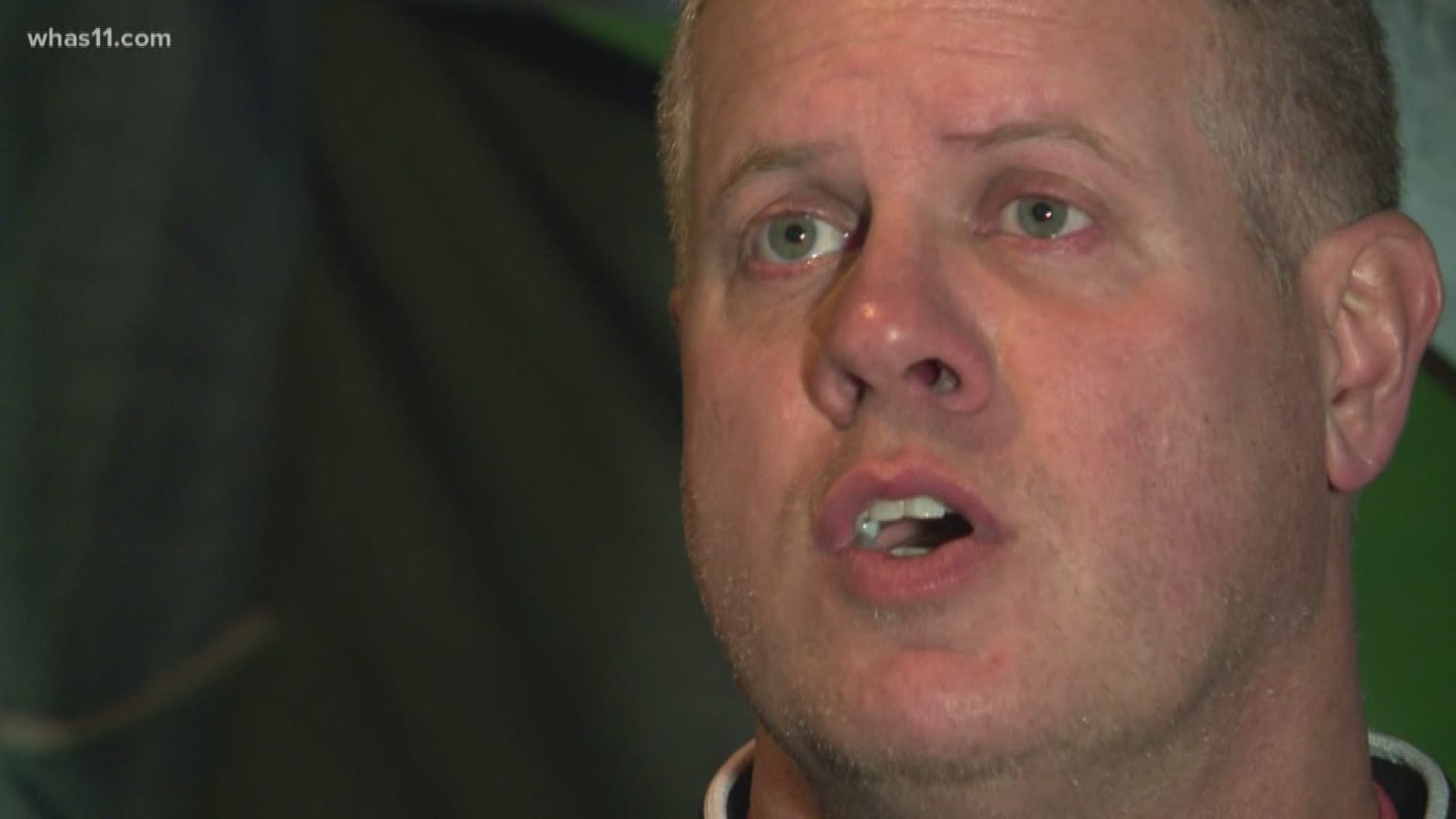 BULLITT CO., Ky. (WHAS11) -- Break out the Christmas music and your favorite light displays! It is that time of year again, but Joe Bohannon knows it's not always merry for everyone.

"Bullitt County, right now, we are plagued with the issue of homelessness," he said.

He's putting his own take on the 12 days of Christmas by spending 12 days living outdoors at Shepherdsville Park not too far from the two homeless camps that surround it.

"We've had folks that have just come through here to see the lights. They would stop by and say, 'Hey, what are you doing?' We will tell them and 30 minutes later, they are back with bags of groceries from Kroger," Bohannon told WHAS11.

Bohannon is even inviting the public to take part in the 12 days of Christmas challenge. So, Friday and Saturday night, you can sleep out in the elements and experience what others go through.

Metro United Way supports Bohannon's efforts to raise awareness about the homeless needs in Bullitt County which does not have a homeless shelter. A transitional housing center for women and children is still 6 months from opening.

"We as a committee are optimistic that 2019 is going to bring a lot of hope to a lot of people in Bullitt County," Steutermann said.

For the time being, and until December 21st, Bohannon is asking for your donations - from clothing to food - to help spread some holiday cheer to those who often go without.

"This is just a really good opportunity to help offset those issues," he said.

Metro United Way set up a text to donate option. You can text your amount to 'GIVE4BC' by using the number 71777.