Billy Nation has not let his condition stop him from chasing his dreams. 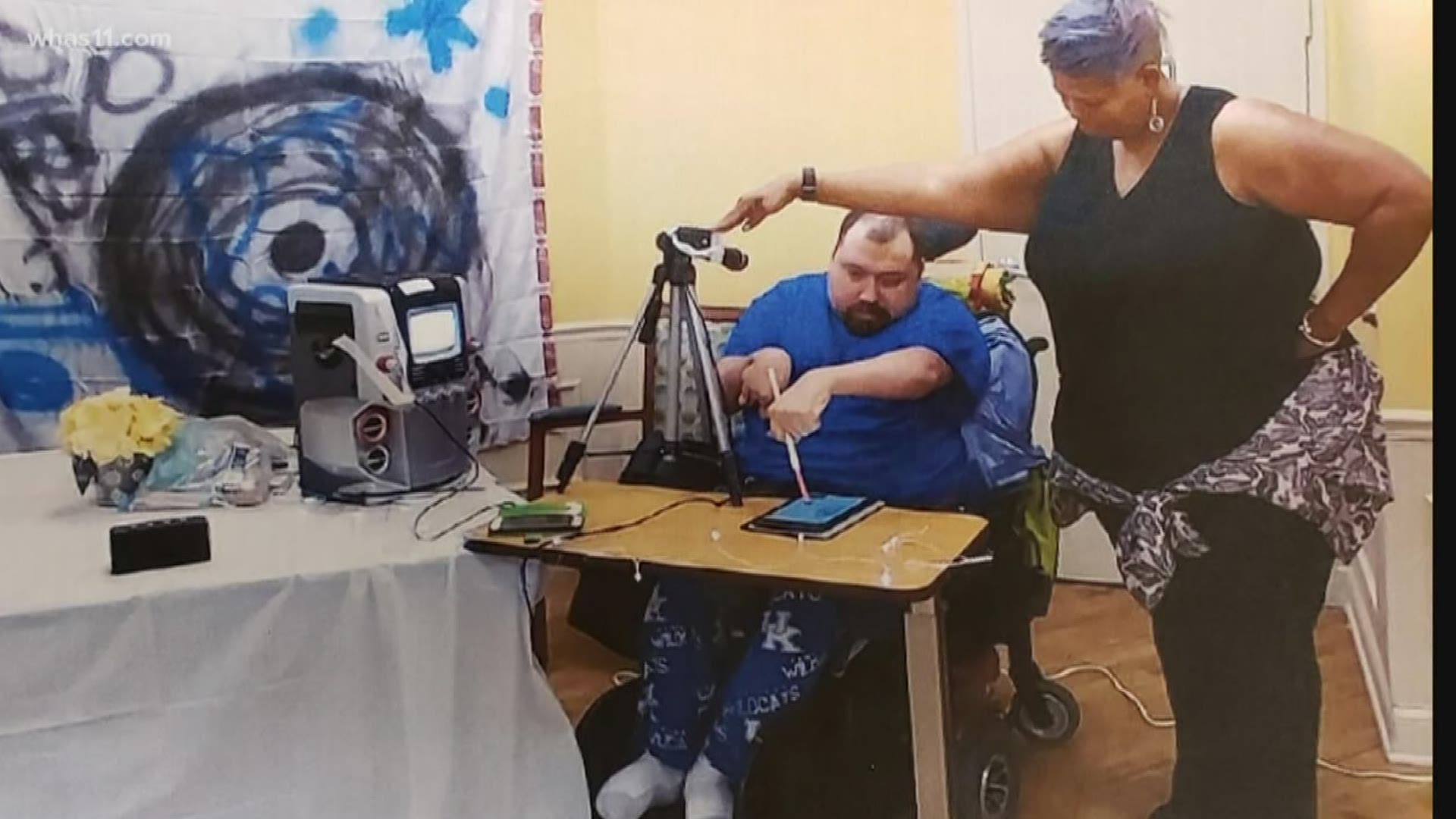 LOUISVILLE, Ky. (WHAS11) -- For 40 years, Bobby Jack's baritone voice has filled the airwaves in Kentuckiana, spending seven years broadcasting out of WAKY 103.5 stationed in Elizabethtown. With his experience, it's not unusual for him to have people interested in the radio business reach out.

"When I was contacted, it was kind of like, 'Okay, so there's somebody out there that really wants to do this for a living at this day and time,'" he said.

But this was not just any person seeking a chance to visit a radio station. His guest, Billy Nation, said being a radio DJ has been his lifelong goal.

"This is the only thing I want to do all my life," Nation said.

Billy lives at Signature Nursing Home in Spencer County where he receives care for multiple sclerosis, a disease that has taken away many of his motor skills and keeps him in a wheelchair. But Nation has not let his condition stop him from chasing his dreams. He even deejays his own show at the nursing home with some help from the nursing home staff.

"He does a lot of things for himself, obviously, and I love the fact that he wants to do so any things and he wants to be so independent," Jerry Stith, the chairman and founder of Opal's Dream Foundation, said.

Wednesday, Billy got a chance to sit behind the mic at a familiar station.

"When I was one-year-old, that's all I would listen to," he said.

The meeting was set up by Opal's Dream Foundation, which grants wishes to people living in long-term care facilities.

"I'm so glad to be here," Nation said before signing off as a real radio DJ.

For more information about Opal's Dream Foundation and how to get involved to help people like Billy achieve their dreams, visit their website.