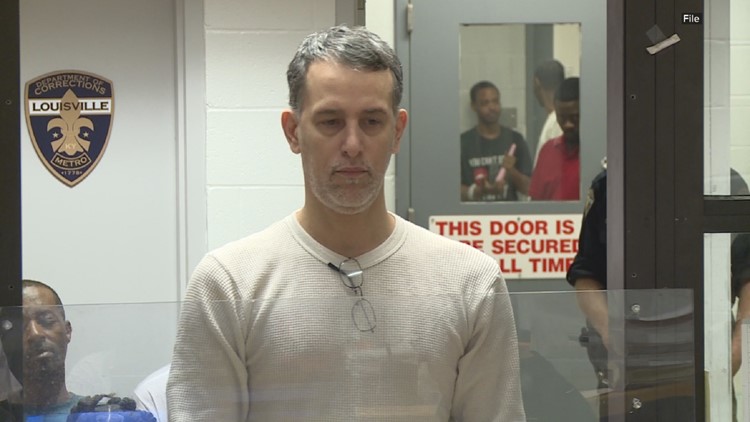 Photo by: WHAS-TV
Christopher Olivo appears before a judge for a pre-trial hearing on Jan. 14, 2020.

LOUISVILLE, Ky. — A man accused of a 2018 triple murder appeared before a judge Tuesday for a pre-trial conference.

Christopher Olivo is accused of killing his child's mother and two other people before fleeing to Florida with his 2-year-old daughter.

Police say they discovered the three bodies on Jan. 12, 2018 in a Pleasure Ridge Park home.

Two children were also found alive in the home.

Police believe the victims may been dead for at least a day before they were found.

Olivo is charged with three counts of murder and kidnapping. He could face the death penalty.