100-year-old veteran proud to have served during WWII 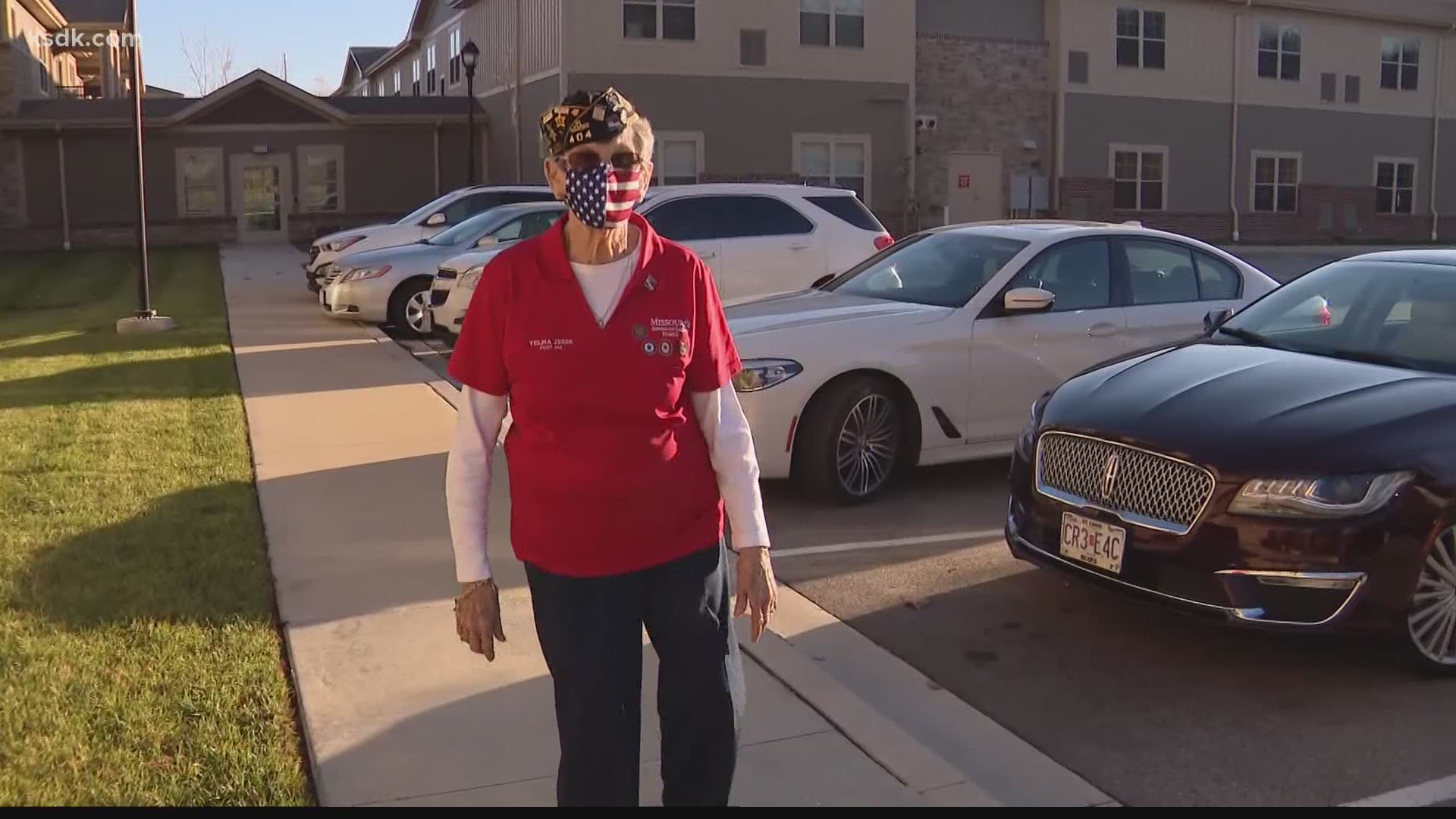 ST CHARLES, Mo. — At the Boulevard Senior Living Community in St. Charles, one resident believes you don't have to live forever. You just have to live.

Jesse, 100 years old, is a mother, grandmother and great grandmother. She is also a veteran.

Shortly after the Japanese bombed Pearl Harbor, the Florissant native confessed to her mom that she joined the military.

"She told me to go back and unjoin, "Velma laughed. "I said I can't. I already raised my right hand."

Velma was one of more than 150,000 American women who served in the WAAC, the Women's Army Auxiliary Corp. She was a mess sergeant at Camp Upton, New York where she learned the boys were polite, after she heard one swearing.

"And the sergeant said hey fellas we got ladies in here, "Velma recalled. "And do you know they came up and apologized. They said, we're sorry we didn't mean that."

So many of those boys never came home.  And it was a challenge for some who did.

"I felt so sorry for them because some of those kids, they looked like my little brother, "she said. "Just 18 and 19 year olds and they lost their legs. I saw quite a bit that I shouldn't have."

At an age where most people are forgetful, Velma is still joyful about her time in the service. Especially, when it came to an end.

"It felt great because we won, "Velma giggled. "You should've seen on VJ Day and VE Day it was just happy go-lucky."

With her husband Gordon who was career military, she traveled the world after raising her five children.  And for her the past will always be a present.

The secret to making it to 100? Velma laughed, "Always keep going and drink plenty of screwdrivers!"

Three of her favorite words are duty, honor, country.  So our two words to Velma Jesse are thank you.