Veteran officer Yvette Gentry will take over the lead role for the next four to six months and makes it clear she is here for the community. 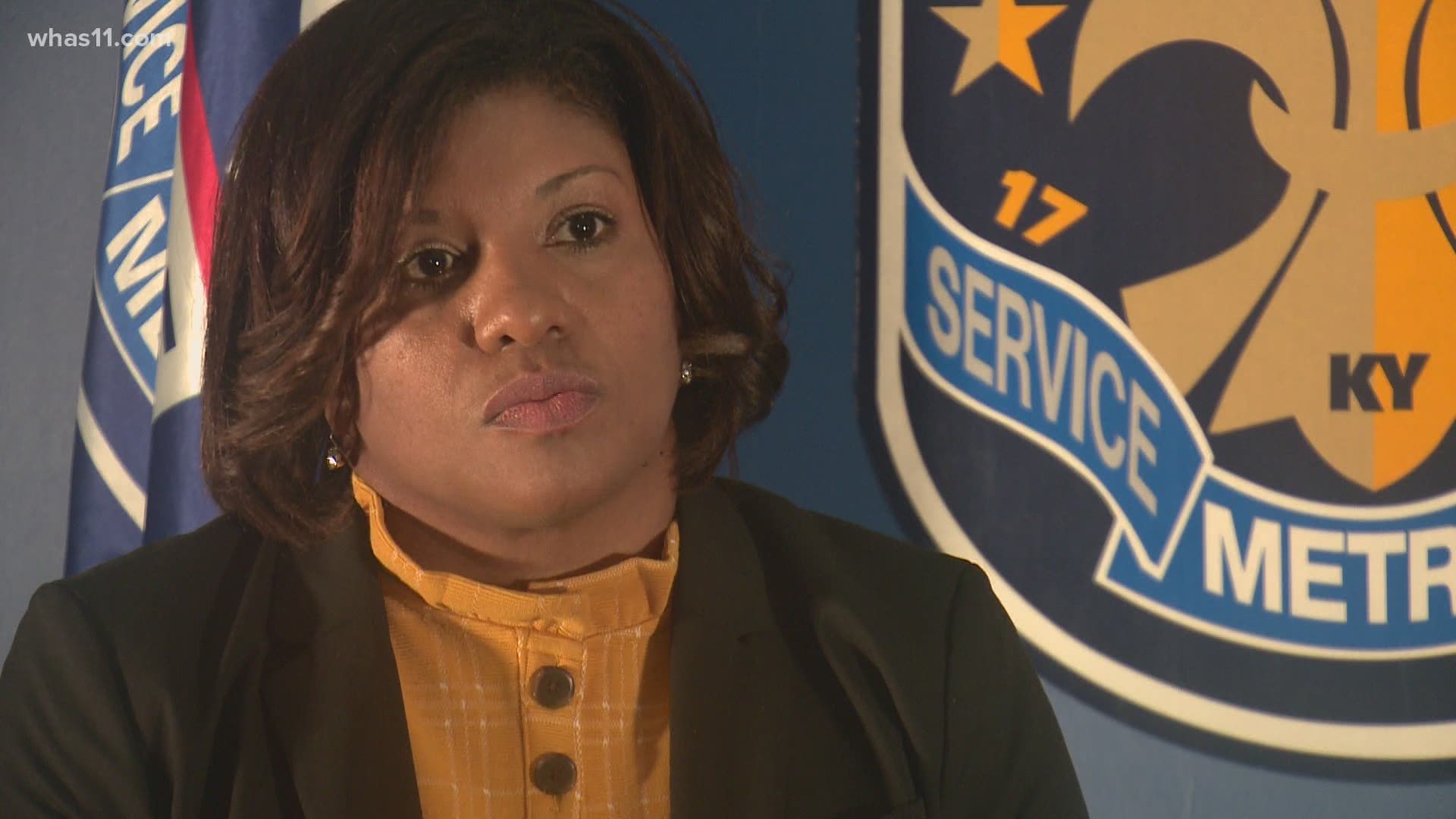 Facing her, Attorney General Daniel Cameron’s release of grand jury recordings and the departments pending release of the Public Integrity Unit investigation into the fatal shooting of Breonna Taylor by police.

As for the officers involved in the shooting of Taylor, Gentry said she needs to see the scope of the investigation before making any type of recommendation.

She spent 24 years on the police force and retired in 2014. Gentry does not want the job full-time and didn't apply.

Gentry makes it clear that she can lead, and she can lead without interference moving forward.

“It’s very clear the personality I have. I didn’t have to say all those words, but he does know [the mayor] that Yvette Gentry has a strong opinion about a lot of stuff and I’m going to lead,” she said. “I’m not a person that does look for a group consensus.”

The night two police officers were shot and injured, Gentry, not on the job yet saw River City FOP President Ryan Nichols.

She said she went to the hospital to check on both officers that were shot.

Credit: AP
Police stand at an intersection after an officer was shot, Wednesday, Sept. 23, 2020, in Louisville, Ky. A grand jury has indicted one officer on criminal charges six months after Breonna Taylor was fatally shot by police in Kentucky. The jury presented its decision against fired officer Brett Hankison Wednesday to a judge in Louisville, where the shooting took place. (AP Photo/John Minchillo)

The FOP, the police union is powerful and can fight changes in the department. Gentry said she’s known Nichols for years and hasn’t forgotten what happened when some FOP members attacked her on Facebook.

“They removed the people who said that to me. I have never seen the FOP do that. People are not talking about that, but there was an emergency meeting, [and] he said ‘that is not acceptable. Yvette Gentry is a member of the FOP and she will not be attacked that way.’ That was the Ryan Nichols I know and I believe in,” she explained.

Gentry becomes emotional remembering her struggle at some points inside the department and remember those cops years ago who sent out warning signs to top commanders.

“I saw the anger from a lot of people and I saw the look of defeat, and I know that look from being inside an organization and feeling defeated,” she said.

Gentry said her driving mission is to make sure it doesn’t happen again.

In her next four to six months on the job, Gentry said the City of Louisville is going to get someone who cares about them and someone who will be honest in their dealings with them and information they share with the department.

She has worked in west Louisville as a patrol officer and there’s one thing she can’t stand – the boards on the windows at the department.

“There’s people screaming in my window that don’t have to scream. They can come in, just take my boards off. I trust my community enough just to take those boards off,” she said. “My windows won’t be boarded up and that’ll be my sign the community is going to give me a chance come Thursday – the chief’s office won’t be boarded. I’m going to set that example.”