Louisville's Jewish community in shock after deadly shootings in Pittsburgh

Saturday's shooting is an emotional reminder of threats in Louisville over a year ago. 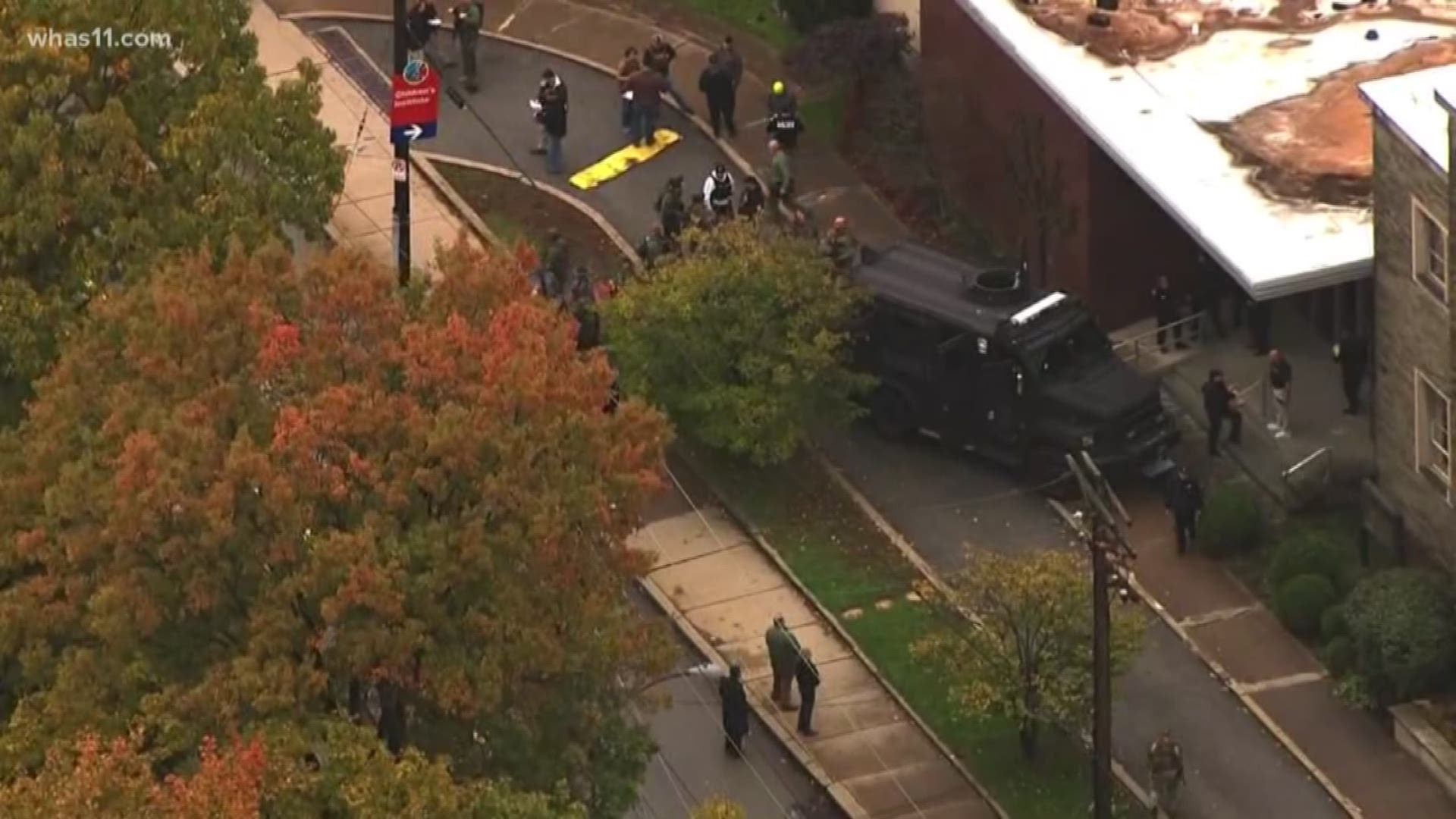 Shock and sadness took over the Jewish Community of Louisville after a lone gunman shot up a synagogue in Pittsburgh, Pennsylvania, killing 11 people and hurting several more.

“It just breaks your heart, you know, it's just not right,” CEO of the Jewish Community of Louisville, Sara Wagner told WHAS 11 News on Saturday.

The shooting happened on the Jewish Holy day, the Sabbath.

“Hearing that it was in a synagogue, just as devastating and crushing when you imagine every generation, families, grandparents, grandchildren gathered together with their family and friends, in what should be a sacred space and a safe space,” Wagner said.

RELATED | Who is Robert Bowers? What we know about the Pittsburgh synagogue shooting suspect

WHAS 11’s Moral Side of the News contributor Rabbi Stan Miles said synagogues are looked at as houses of prayer for all people, meant to be a place of sanctuary and peace. That principle was broken on Saturday.

“For that to be violated by murderous gunfire is absolutely unacceptable anywhere on the face of the earth.”

Saturday's shooting is an emotional reminder of threats in Louisville over a year ago.

1 / 35
Nikos Frazier
Students and community members listen to speakers during a candlelight vigil in response to Saturday's shooting at the Tree of Life Synagogue in Pittsburgh, at Michigan State University Hillel in East Lansing, Mich., Monday, Oct. 29, 2018. (Nikos Frazier/Jackson Citizen Patriot via AP)

The Jewish Community Center was one of more than 100 Jewish centers nationwide that received bomb threats in March of 2017. Wagner did not want to go into the specifics of their security, but said there are procedures in place to protect people.

“People often ask 'are you tending to the security needs of the community' and all I can say is of course we are,” she explained. “We are vigilant, we enhance our protocol, we change our protocol, we're on top of it.”

Rabbi Miles said praying for kindness while denouncing the killings.

“We all need to reach out to one another and stop the hate, and tone down the rhetoric.”

There will be a memorial service on Sunday at 7 p.m. at the Temple Shalom on Lowe Road to remember the victims in Pittsburgh.