The Village Market will bring together six local restaurants in a casual indoor and outdoor space that also includes an open, oversized bar. 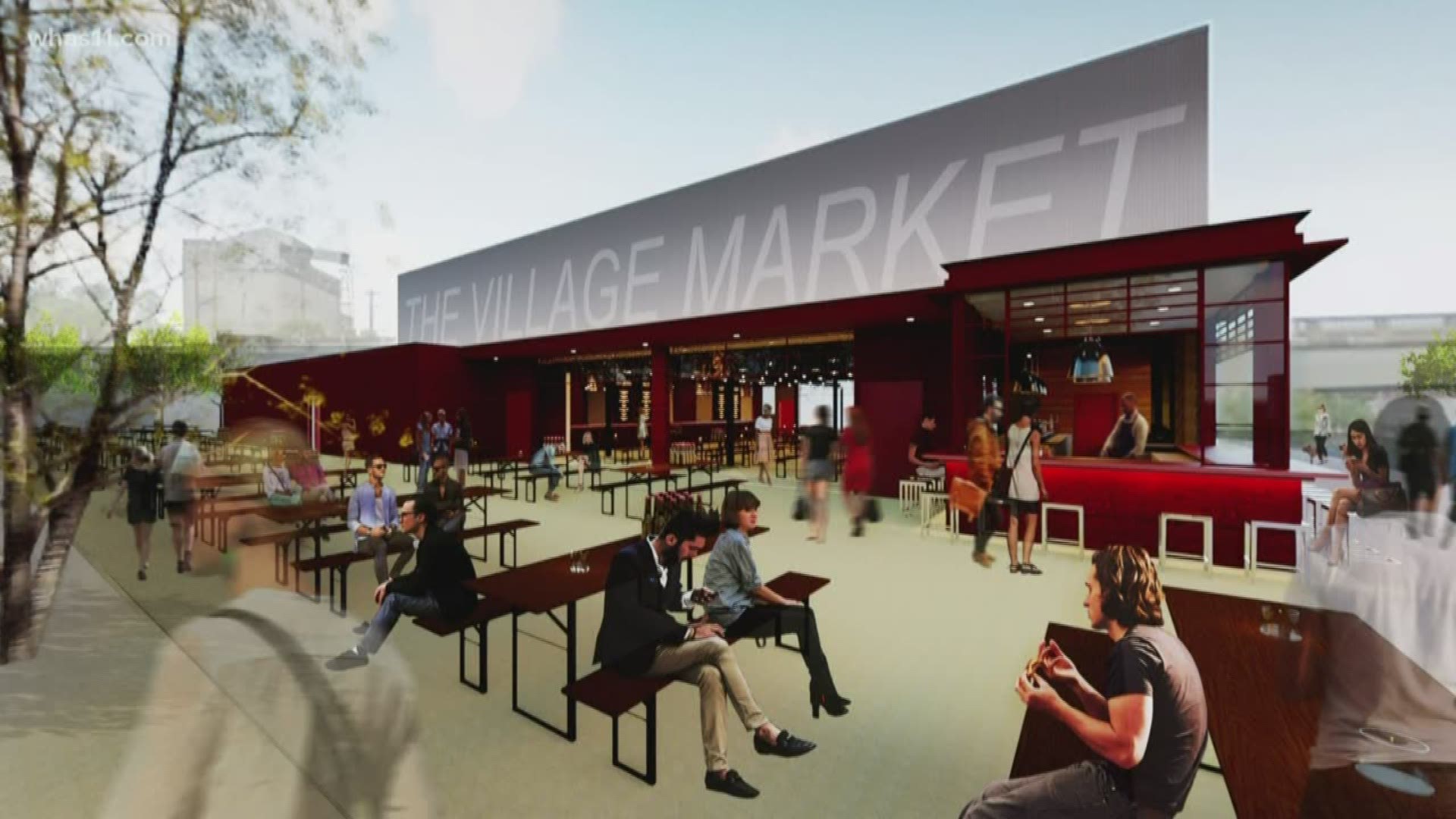 LOUISVILLE, Ky. — A new development is coming to Paristown Point on Brent Street, and it will be the first of its kind in Louisville.

Manager of Paristown Food and Beverage Group, Wes Johnson said The Village Market is going to be Louisville's first food hall. It will bring together six restaurants all in one space.

The food hall will move into the The Cafe's space at 712 Brent St. The Cafe will relocate to its new home in the former tannery building in early spring that is currently under construction.

"There is somewhere between 150 and 200 food halls throughout the United States," Johnson said. "That number was less than 50 just a few years ago."

Slated to open in early Spring 2020, The Village Market will showcase six local restaurant concepts in a casual indoor/outdoor breezy space that also includes an open, oversized bar. It will feature a wide variety of spirits, beers, and craft cocktails.

"Vendors are coming to work together in a shared space and bringing their already existing followers to Paristown," Johnson said.

In a news release, Paristown’s Managing Partner, Steve Smith said “The Village Market will be known as the perfect place for friends, family and colleagues to gather in a relaxed and welcoming atmosphere with great, affordable local food and drinks that appeal to every palette,” Smith said.   “Plus, patrons will be delighted to discover a wide array of great local music, artistic performances, art fairs, and even Farmer’s Markets when visiting Paristown’s newest casual dining and social gathering hub,” he added.

Johnson and Smith could not reveal the vendors yet, but said things should be ready by March 2020.

"Some people confuse [food halls] for a food court which it's definitely not," Johnson said. "Our food hall will be modern and very much food and beverage focused. One of the great things about the Louisville food scene there's a lot more collaboration than there is competition."