Louisville’s Black lawyers march to balance the scales of justice

Black lawyers marched for justice while calling for reform to the criminal justice system. 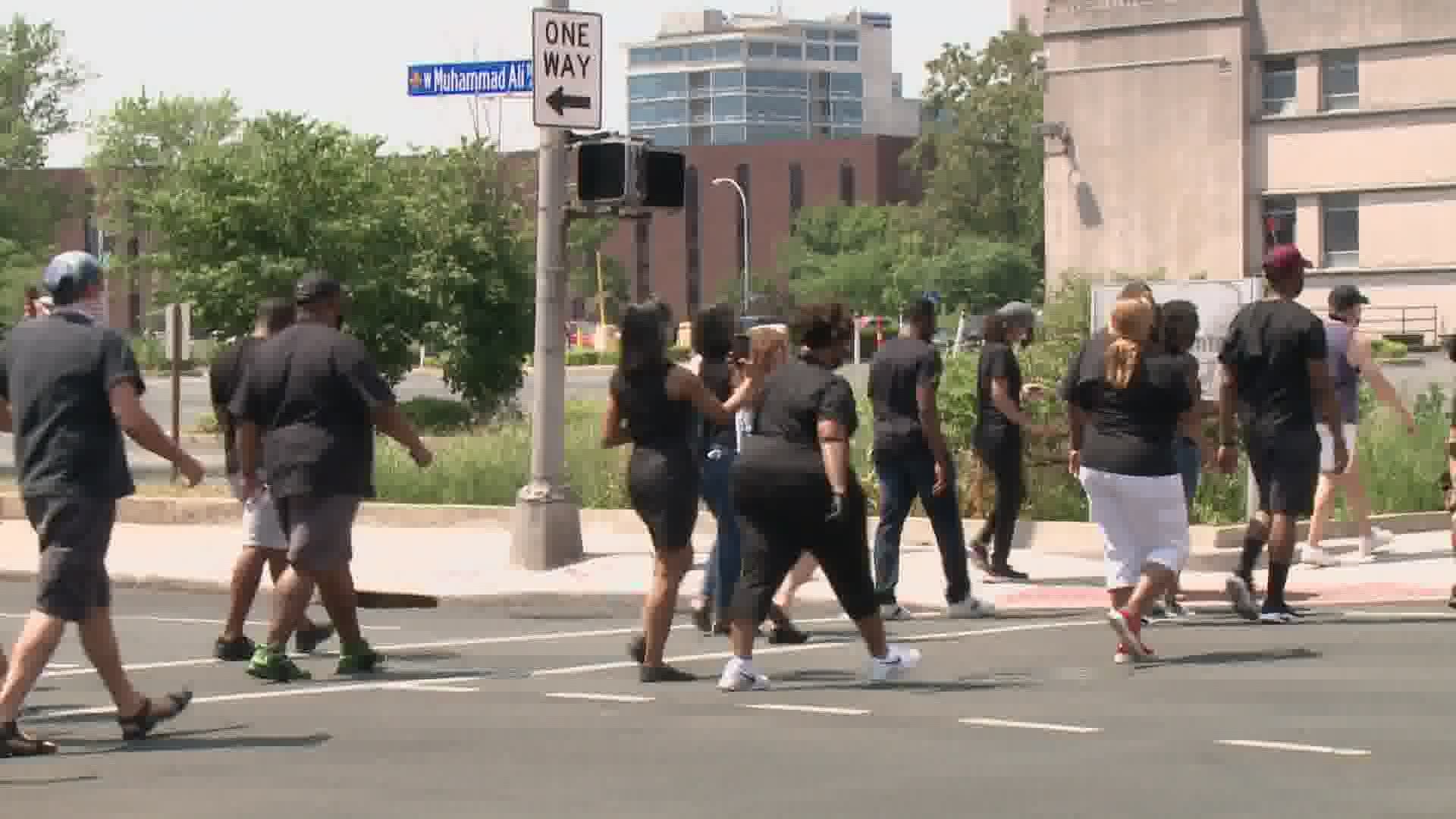 LOUISVILLE, Ky. — From the courtrooms to the city streets, lawyers and their supporters marched down Sixth Street to Jefferson Square Park, the epicenter of protests calling for justice in the March shooting death of Breonna Taylor involving Metro Police.

Protests are now in their 23rd day and organizers of the demonstration are members of the Charles W. Anderson Jr. Bar Association (formerly the Louisville Black Lawyers Association, Inc.) who wanted to come together in a show of solidarity.

Michelle Duncan, a Louisville attorney added, “We're here, we've always been here. We've got attorneys on all sides, civil law, criminal law and we just want to make sure our voices are heard, and we balance the scales of justice."

The attorneys say they understand the plight of those in the black community who want to see more representation within the court system, those who can't afford bail and those simply are oppressed by the criminal justice system.

The attorneys also wanted to send the message – "justice delayed is justice denied."

"We just want to see when the system operates that the justice does come out and we don't want it to be denied," Holloway said.

"Justice delayed really is justice denied," Jessica Green, a Democratic member of Metro Council and criminal defense attorney, said. "Black people, poor people, they're told to wait. They're told to be patient and slowly we see things trickling along and happening in this city, happening nationwide and it's only because people are pushing for it to occur."

The lawyers rallied together in what's been dubbed "injustice square." The leaders said, "We owe the community more than neutrality." It’s a push for all attorneys and judges to get involved in the fight for reform.

“What I know and what all of the people out here know is the time is now for criminal justice reform. It’s not just here in Louisville. This is a national issue," Green said. "As we continue to view the criminal justice system and as we review it from top to bottom, there are things that we can look at. Things like housing, things like access to fresh food. Those all play a role in the criminal justice system. So I think it's time for us to start pouring resources back in to the communities that so need it the most."

The Black Lawyers Association said it’s going to focus on providing resources, offering "Know Your Rights" clinics and getting people in the community access to information and help.

The association also plans to take on and defend protesters arrested during the last few weeks.

RELATED: 'This building matters to us, but Black lives matter much, much more.': Mayan Café owner

RELATED: 'We are encouraged': attorneys on Breonna Taylor investigation update

RELATED: 'I can assure you at the end of our investigation, we will do what is right': Kentucky AG asks for patience in Breonna Taylor case

RELATED: The Bail Project sees an increase in support as they help protesters in Louisville