Steven Curtis and Zaman Taylor were charged for the murder of Tana Hillman, though security footage later showed the car driver by the shooter was not theirs. 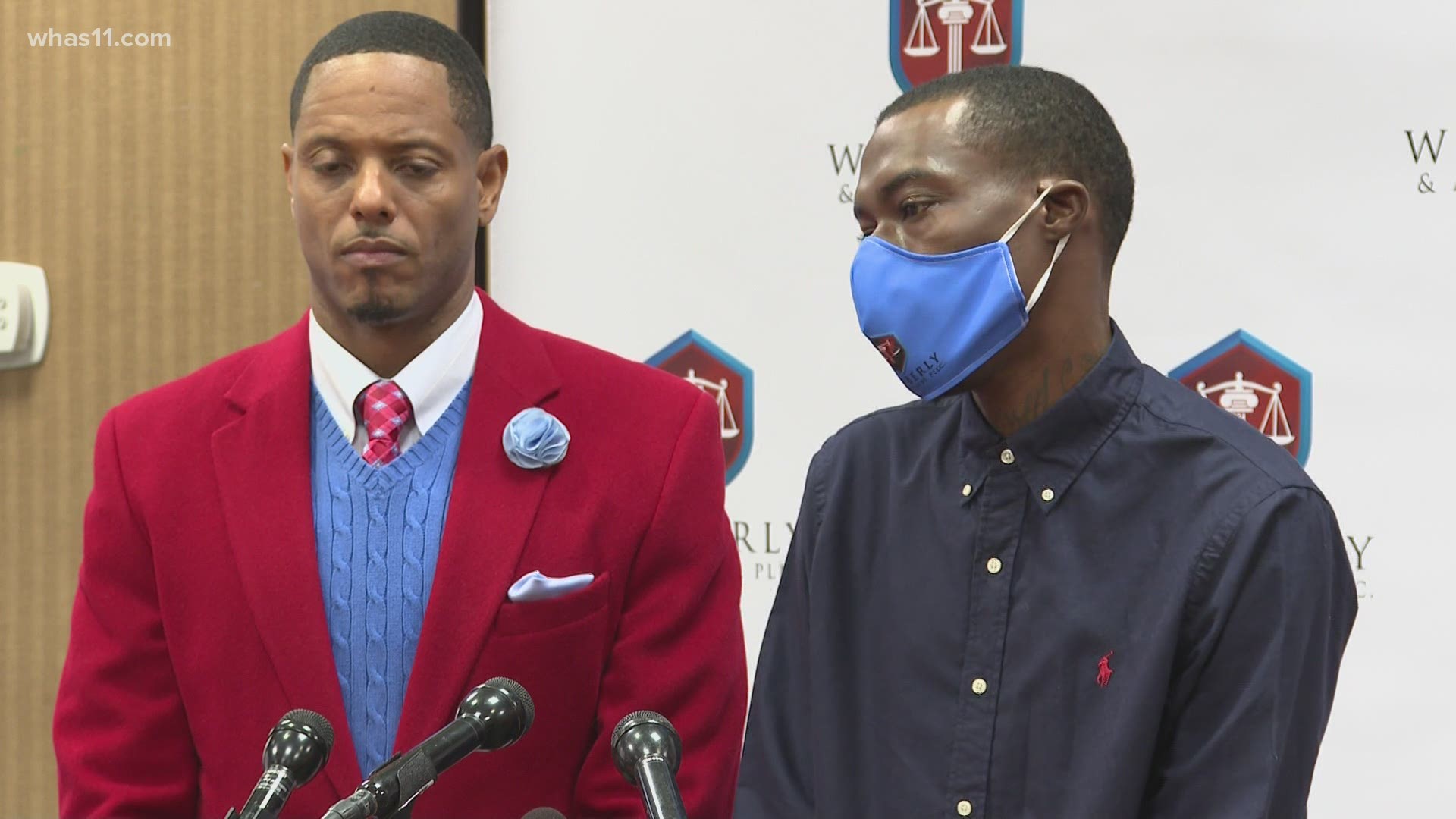 LOUISVILLE, Ky. — Two men who were wrongfully arrested for the murder of a woman in Newburg this September are now suing several Louisville Metro Police officers.

"I didn't know the young lady, I didn't know anything about the situation, just that I'm innocent," Steven Curtis said.

Curtis and Zaman Taylor were two of the four men charged with murder, assault and tampering with physical evidence on Sept. 13 after police arrested them in connection with the death of Tana Hillman.

A man injured in the shooting told officers a white Jeep had pulled up next to their car at the intersection of Poplar Level Road and East Indian Trail and started shooting at them before driving off.

Police later found Curtis, Taylor and the other two men in the area in a white Jeep and chased them before the car crashed. They were arrested and spent 72 hours in jail, according to Curtis and Taylor's attorney, Shaun Wimberly Sr.

The charges against the men were dropped after surveillance footage of the scene showed the white Jeep involved in the shooting was not the same car that the men were driving in.

According to Wimberly, the surveillance video was not obtained by police officers, but by someone who knew the men who had been arrested.

"It took a civilian to go the simple step to look around and say, 'Hey, we need to see the video because these young men are innocent," Wimberly said.

Curtis said the four men had been leaving a music video shoot that day when they were stopped and arrested. He called the experience "horrifying," and said he did not know why police were chasing them.

"Didn't know what they were going to do to me," Curtis said at a news conference held at Wimberly's office Tuesday morning. "I just wanted to live."

"They saw four black men in a truck, nice looking truck, said these are the criminals," Wimberly said.

In a lawsuit filed earlier this month, Wimberly claimed LMPD racially profiled his clients and arrested them "based on their race and gender," according to the lawsuit, which also claims they "were humiliated, frightened, shamed and stripped of their dignity."

Wimberly and Curtis also claim police tried to force the men into signing confessions and did not allow them to contact an attorney immediately. Curtis also claimed officers would not let him go to the bathroom during the interrogation, which lasted several hours.

"I guess what they tell you when they try to get you to admit to something you didn't do," Curtis said when asked how police tried to get them to sign a confession. "I know I didn't do it. We didn't have anything to do with it so I just waited for my lawyer."

"Now imagine if Mr. Curtis had signed that waiver," Wimberly said. "He would have been on his road to the penitentiary."

Curtis said while the charges were dropped, his life has not been the same since he was accused of murder. He said his reputation in the community has taken a toll.

"I've been here in the community my whole life, coached kids basketball," he said. "I do a whole lot of things in my community. So when people see me, it's the first thing. So no, it's not good."

The other two men who had their charges dropped are not part of Wimberly's lawsuit.

LMPD said it does not comment on ongoing litigation. The homicide case remains open.

RELATED: Judge dismisses all charges against Attica Scott, other protesters