It's a recognition that 94-year-old William Gilbert deserves, but never received. 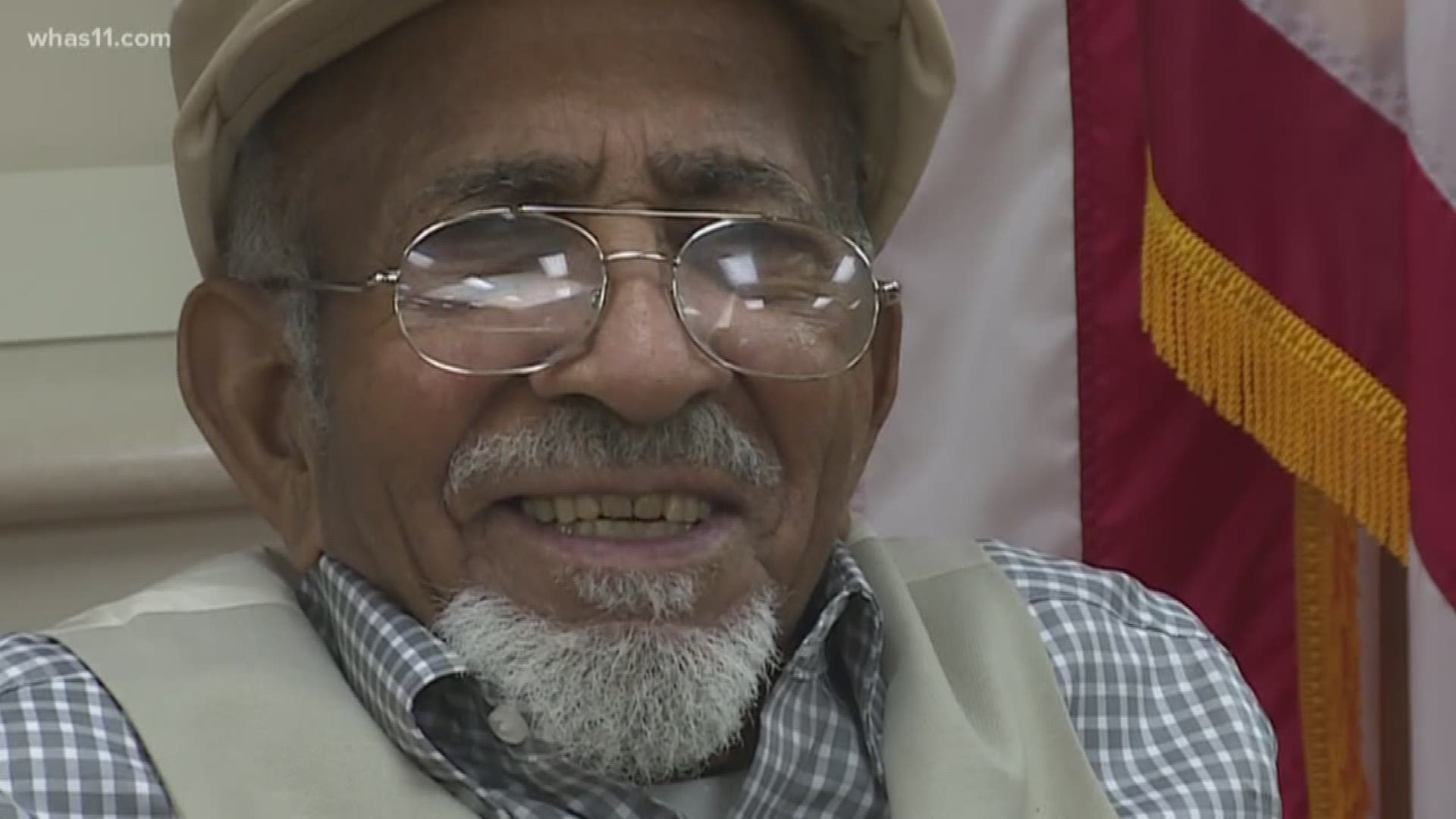 LOUISVILLE, Ky. (WHAS11) -- William Gilbert is 94-years-old. He now sits in a wheelchair and needs help to stand up, but the Navy veteran still has an energy that he had back in his 20s as a Navy sailor.

"When you get to my age, everything will strike you," he said.

It has been 72 years since Gilbert was honorably discharged from the U.S. Navy in 1946 and 73 years since the end of World War II when Gilbert served in the Pacific Theater aboard USS Indiana. Now all these years later, Gilbert, a member of the Greatest Generation, is finally receiving a great honor.

"They're not many of them left," U.S. Navy Rear Admiral Michael Jabaley said. "The ones that are, we need to treasure, and we need to take every opportunity to make sure that they get the recognition that they so richly deserve."

It's a recognition that Gilbert deserves, but never received. After the war, Gilbert returned home to Louisville, where he worked for decades at Jewish Hospital before retiring in 1989. But in all those years, Gilbert never received his service medals.

"He's been waiting for this for a long time," Wanda Coleman, Gilbert's daughter-in-law, said. "He really has. He talks about it all the time."

Coleman and Gilbert told the staff at Robley Rex Veterans Affairs Medical Center, where Gilbert is a patient, about his long wait. That's when Gilbert's VA providers went to work, making sure the veteran would get his medals.

Thursday afternoon, Gilbert's waiting came to an end as he sat in a room at the VA Medical Center surrounded with three generations of his family. The veteran finally received the medals he earned all those years earlier defending the free world.

"I just can't explain how wonderful this is," Coleman said. "I'm just so thankful they made it happen for him. I really am."

The emotions may be hard to put into words, but they can clearly be seen in the veteran's smile, who after a lifetime of waiting, can finally show off his medals proudly pinned on his chest as a long overdue thank-you for his service.