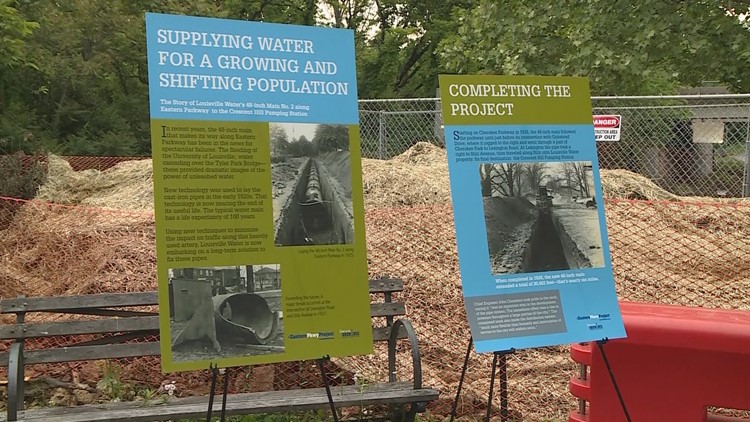 LOUISVILLE, Ky. — Louisville’s oldest and largest water main will soon be replaced. Louisville Water has detailed phase 3 of the Eastern Parkway Project, an effort to replace the pipe which was installed nearly 100 years ago.

The water main was installed before the Eastern Parkway corridor became a neighborhood and business corridor. It takes water from the Crescent Hill Water Treatment Plant for service to thousands of customers. But after three big breaks in 2011 and 2014, robotic pipe inspections predicted more breaks were likely unless it was replaced.

The project is expected to be finished in 2020 and will cost $26 million. It is funded through Louisville Water's capital budget.