In an effort to increase safety, city leaders are working on enforcing parking spots for electric scooters to make room for pedestrians. 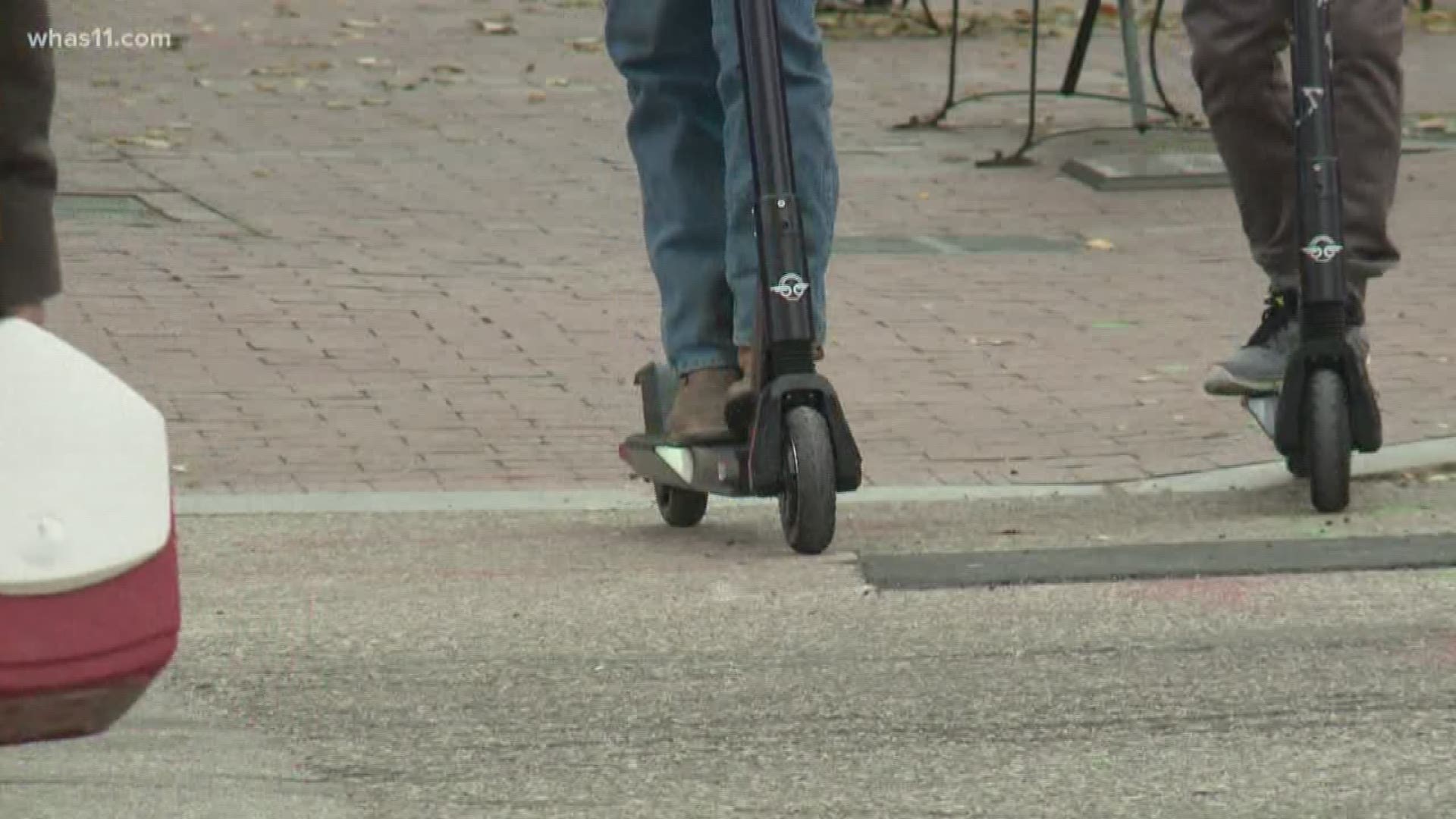 LOUISVILLE, Ky. — In an effort to increase safety, city leaders are working on enforcing parking spots for electric scooters to make room for pedestrians.

"They're like an eye sore on the streets you see them in piles, a lot of them are knocked over," resident, Larisa Kinne said.

"People just put them in the way instead of following some kind of rule," resident, Rick Karrillo said.

A curfew, speed reduction, and no ride zones are some of the recent changes to electric scooters in Louisville per city rules.

"We added the nighttime ban after recognizing that the majority of serious incidents that are happening in other cities are occurring after dark," mobility coordinator, James Graham said.

The nighttime ban forces every scooter across the city to lock up 9 p.m. sharp, until 6 a.m. Under the no ride zone, riders are not allowed to scoot in some areas like The Kentucky Expo Center and the School for the Blind.

The new focus is on parking. After collecting data, city leaders mapped out the most common places where people are leaving their scooters.

"We'll be piloting that in the Highlands specifically along Bardstown Road," Graham said.

Graham's office is partnering with Councilman Brandon Coan who is addressing complaints and safety concerns from residents who live in the area.

"In alignment with that we found areas in the right of way that can accommodate for scooter parking, but also allow the sidewalks to remain ADA compliant," Graham said.

The city is working with the five scooter companies in town to determine how they will enforce riders to park in the designated parking spots.

"What we'd like to see implemented is incentives for the users to actually park in those locations such as discounts on their rides," Graham said.

The new parking changes are expected to roll out in Spring 2020.