Louisville Thrift Store has seen sales drop by 90% since road barricades have gone up for an emergency sewer project. 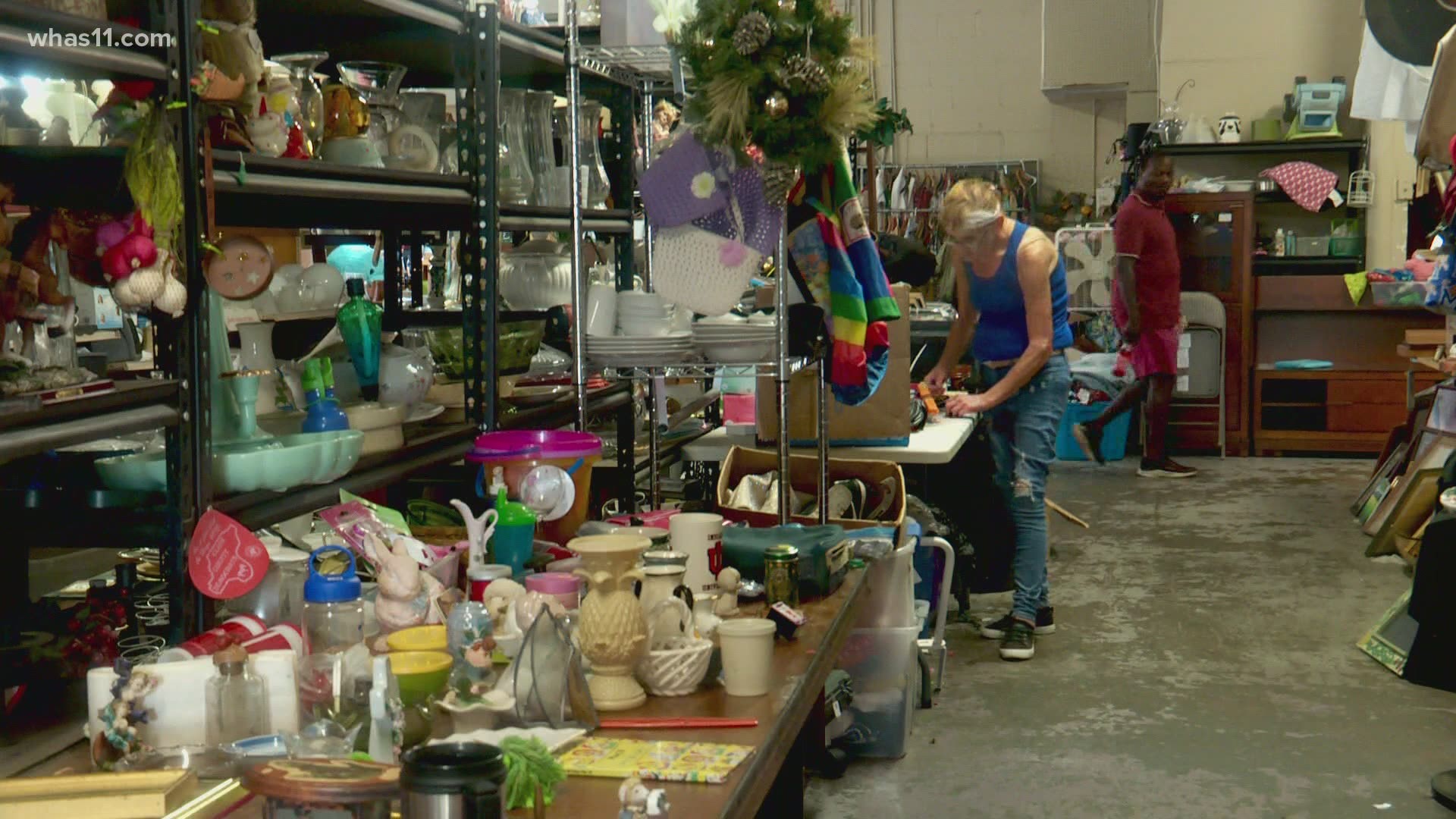 LOUISVILLE, Ky. — For 13 years, John Scott has come to work at the Louisville Thrift Store in the Portland neighborhood, offering people in the community affordable deals on clothes, home goods, books, records and everything in between. Now, he does not know how much longer he can stay open with a sewer project blocking the roads around his business.

MSD is working on an emergency sewer repair project outside the Louisville Thrift Store at 26th and Main to fix a pipe that was installed in the 1800s. According to a release from MSD, the crews will be clearing debris from the pipe and fixing some areas that have deteriorated. Scott said MSD crews told him the repair job could take three to six months.

"They have signs that you cannot turn down this street — 'Do not turn this way,' so I don't know how people get here," he said.

Louisville Thrift Store has seen sales drop by 90% since the road barricades have gone up. With items selling for dollars or even cents to keep things affordable for the community, Scott said he relies heavily on a flow of customers that has dropped.

Scott said he started the company 13 years ago with his brother, who died a year and a half after the opening.

"Last time I saw him was here at this store," Scott said. "When I come in the morning to work, I say hello to my brother. And when I leave in the evening, I say, 'I'll see you tomorrow.'"

"We're not the fanciest store in the world. We're something the area of Portland needs," he said. "When I started the business, I wanted to be rich like everybody else, but after a while, my mission kind of changed where I just wanted to help people."

WHAS11 reached out to MSD about the road barriers. A spokesperson said MSD is setting up road signs that will direct customers around barriers to get to Louisville Thrift Store and other businesses impacted by the closures. The signs are expected to be up by Wednesday morning.

RELATED: 'We are getting old': Vietnam Kitchen owner to retire, sell beloved restaurant