'We can do better, and have to find ways to do better' | Fighting Louisville's suicide crisis

'If somebody is thinking about suicide and talks about it, they're much less likely to do it.' 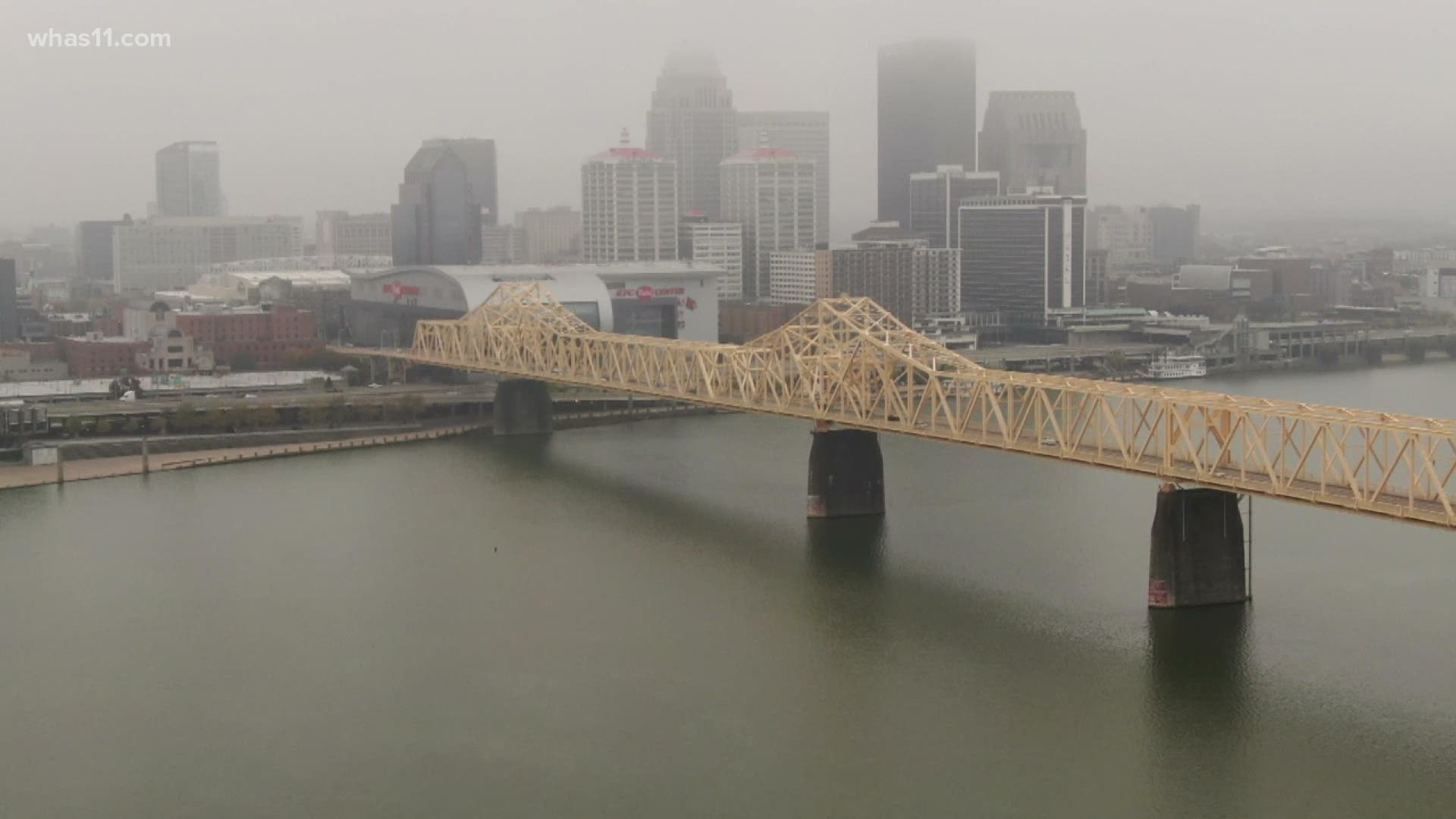 LOUISVILLE, Ky. — Louisville's bridges are often seen as a symbol of connection, progress made and individuality in the downtown cityscape, but they also symbolize something darker.

Places like the Second Street Bridge have instead become where people decide to end their life.

Suicide is the number three cause of death nationwide for people age 10-35, and suicide rates in Kentucky and Indiana are higher than the national average.

The Jackson family lost their son, Chancey, 21 years ago.

Jackson and his wife, Wanda, said a recent break up, flunking out of summer school and wrecking his father's car were main stressors in Chancey's life.

After the wreck in Southern Indiana, Chancey was walking the three miles to his Louisville home when he began to cross the Second Street Bridge. He never made it to the other side.

"It's complicated, but it's simple," Jackson said. "You try to figure out why it happened — where was God? You ask all kind of questions about why did this happen? Why me? And you don't get many answers."

After Chancey jumped off the bridge, his body stayed under the water for two days. Then, on the third day, his body was found down the river at the hydro plant.

When the coroner came to the Jackson home to tell them Chancey was found, he gave his father three pictures to identify Chancey.

"I remember looking at the picture and they were grotesque, but I also remember taking that picture and kissing it, putting it on my heart," Jackson said. "I loved him unconditionally."

William and Wanda Jackson kept their son's completion of suicide close to their hearts, not sharing details of the death publicly.

As the years have ticked by, though, the Jacksons opened their hearts to share what happened — just the beginning of the ripple of what happens when a person jumps off one of Louisville's bridges.

In the past five years, people have refocused attention to people who attempt suicide, and people attempting to end their lives is nothing new.

At the University of Louisville's emergency department, clinical nurse manager of emergency psychiatric services Chelsea Hoops gets the opportunity to help those who attempted suicide and survive.

"They had this idea of something, and it didn't work out like they thought it would," Hoops said. "And then some people are angry as well, so it's really just kind of getting with that patient on the one on one on one level where they're at."

Hoops said she struggles when looking around at her patients, seeing how young some of them are.

"Sometimes, it's the first time they're reaching out for help because they're not comfortable talking to their peers or their family again because of this stigma about mental health," Hoops said.

But it's a shared belief in the medical community that talking about suicide more will not increase the number of cases. In many cases, UofL Health Peace Hospital Chief Medical Officer Dr. Stephen Taylor said his patients are relieved to have someone else bring it up to them.

"If somebody is thinking about suicide and talks about it, they're much less likely to do it," Taylor said. "It's the ones who don't talk about it are the ones that we're going to see in the paper instead of in the hospital."

While talking about suicide with children, friends or other family members is a tough task, Taylor said just taking the first step and making yourself approachable can be enough to start a dialogue.

"The number one thing is to approach them — 'Hey...you seem like you're not all here today,' or 'There seems to be something wrong, you okay? You want to talk,''' Taylor said. "Make yourself approachable, talk to them. That's the first thing, and that's often enough...to get started."

For the past 21 years, Chad Crick has been with LMPD, and before he joined River Patrol 11 years ago, he had no idea how gruesome and frequent suicide deaths were.

The water under the bridges is only deep in a small portion. In most places, the water is so shallow that jumpers will get stuck in the muddy bottom of the river and drown.

"If we don't have a really good last scene point, it doesn't really matter how many divers we put in the water, because there's a chance that we're probably not going to find the victim," Crick said.

Crick's worries are echoed by Louisville Fire Lieutenant Colonel Randy Croney, who said in his lifetime, he couldn't begin to guess how many runs he's made to the bridges. Last year alone, Croney said the fire department responded to 90 calls.

"It's hard, it's hard when you pull up and you know somebody has already jumped," Croney said. "We have a job to do, we have to set aside the reason why they jumped. We just have a job to do to try and locate that person or that family's loved one."

For three decades, Croney would rush to the river anytime the call came — facing a silent struggle when they couldn't get there in time, while successful rescues were still painful.

"I tell officers all the time, you get up a human being, you go to bed human being," Fraville said. "Just because you were a special uniform in the middle of all that doesn't make you abnormally special, you have feelings and emotions."

Both Croney and Crick said signs on the bridges with hotline numbers and messages of encouragement could make a big difference.

"They could see one little clip, some part of something positive or some kind of number for help or assistance," Croney said. "I think either that stuff would help. If you could save one out of five people, at least you saved that one from jumping or attempting to commit suicide."

Metro Council President David James said changing how Louisville Metro responds to those who could commit suicide could also help.

"Instead of sending a police officer to come talk to you on your feelings of suicide, it may be a better idea to send someone who is a mental health specialist," James said. "Right now, we don't have that option available to us."

As a former detective, James said he also knows that the current systems in place for involuntary commitment do not give people the help they need.

"I can recall on more than one occasion that a person was taken there for their 72-hour hold, then released and the next day killed somebody or killed themselves," James said. "We can do better, and have to find ways to do better."

RELATED: Breaking your silence: First-hand accounts from our first responders and their families