In the annual State of the City address, Mayor Greg Fischer reflected on challenges the city faced in 2020 and how his office is taking steps to move progress. 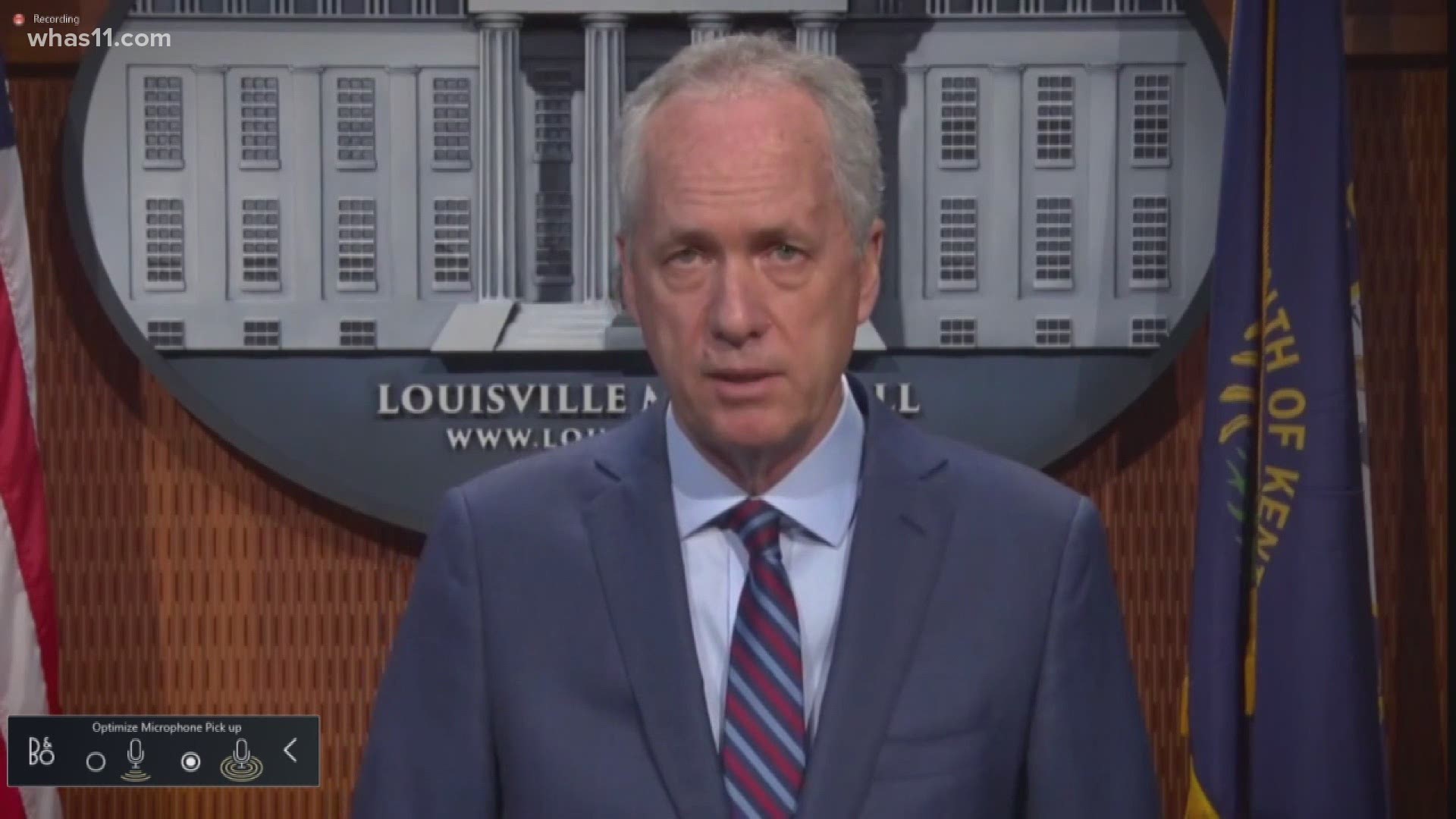 Throughout the address, Fischer reflected on the challenges of the past year focusing on four major areas. In doing so, the mayor also said that the coming year has the potential to "make historic progress" within the city.

“We have all been tested in ways we’d never expected," said Fischer. "And while sometimes those tests found us wanting, we persevere, we keep moving, keep learning, keep working to heal our city and move forward."

“The best thing we can do and the most important choice we can make right now is to commit ourselves to finding our unique opportunities amidst the challenges, to believing in ourselves, in each other and in the possibilities of 2021 and beyond,” the Mayor said.

Fischer touted that combating COVID-19 is a major key to many of the challenges facing the city.

He said that the COVID-19 vaccine and vaccination efforts underway in Louisville have provided a bright spot.

“One of the most gratifying moments of this crisis has been seeing healthcare professionals get their shots," said Fischer. "Our healthcare heroes have earned our respect a million times over."

With the opening of the city's first drive-thru vaccination site at Broadbent Arena, Fischer said he expects the number of shots delivered to be doubled within a week.

While the promise that vaccine presents is here, Fischer urged Louisvillians to continue to social distance and take all necessary precautions to combat COVID-19.

The mayor cited a number of opportunities coming to the city once the pandemic has subsided including a boost in tourism and a new plan to revitalize downtown.

A committee will be formed with a number of local organizations in this revitalization effort.

The new team, which will be a partnership between businesses and other organizations, will develop new strategies and build on existing plans. The mayor said that a $1 million investment in the city's Clean Collaborative Plan will also play a major part in this effort.

Fischer also noted the impact of federal COVID Relief funding, including President-elect Joe Biden’s commitment to providing more assistance to state and local governments, “knowing how critical that is to keeping important city services going for our residents during this crisis.”

"It's hard because there's been a lot of times when we've talked, we've planned, we've hoped and we just keep waiting," said Laurie Anne Roberts, the Executive Director of Main Street Association.

She said it will take more than businesses re-opening, and tourism, and believes Louisvillians themselves need to trust downtown as a safe place to go while businesses learn to adapt to COVID-19 regulations.

"With the same passion and the same fervor that we talk about downtown Louisville, which will make a comeback, we've got to talk about those areas when it comes to home ownership, when it comes to closing the wealth gap," said Pastor Tim Findley Jr. with the Justice and Freedom Coalition.

When speaking on the advancement of racial justice and equity, Fischer cited investments Louisville Metro Government has made to further the cause.

Some of these investments include the Build Back Better, Together initiative, strategies to build Black employment and Black wealth, investing in affordable housing and home-ownership and supporting Black-owned businesses.

"In the past 10 years, Louisville Metro has made record investments to further the cause of racial equity, and it hasn’t been nearly enough," said Fischer. "We have to do more.”

Mayor Fischer noted that one of the messages that resonated from the protests of last year was that achieving racial equity and justice demands re-imagining public safety.

The first being the work police officers undertake and how it is essential to serve and protect people within the community. Secondly, the evolution that needs to take place within policing to address racial justice.

He outlined changes made to be more transparent within the police department including Breonna’s Law, establishing a Civilian Review board and naming Erika Shields as LMPD’s new chief.

"We want the best for our city, we love our city. I'll just say we're going to continue in 2021 holding the Mayor accountable to that rosy picture," said Findley.

RELATED: 'We need to own it' | New LMPD Chief discusses future of policing in 1-on-1 interview

Fischer said the city is doing all they can to combat gun violence.

Louisville had 173 homicides in 2020, the highest ever recorded.

“We must all be appalled by our level of gun violence – 173 homicides in a single year – and commit to doing everything we can to reverse this heartbreaking and infuriating loss of human life and human potential,” he said.

RELATED: Homicides up 45% from Louisville’s deadliest year on record as time ticks on 2020

“Let’s follow his example, so that in one year, two years, 10 years, 50 years, people will look back at this moment in our history and say that if 2020 was a low point, 2021 was a turning point,” said Fischer in closing. “Let’s commit ourselves to our neighbors, our city and our future so that the lesson our children and grandchildren learn about this period is about more than the tragedies we experienced, but the transformation we created in response, together.”