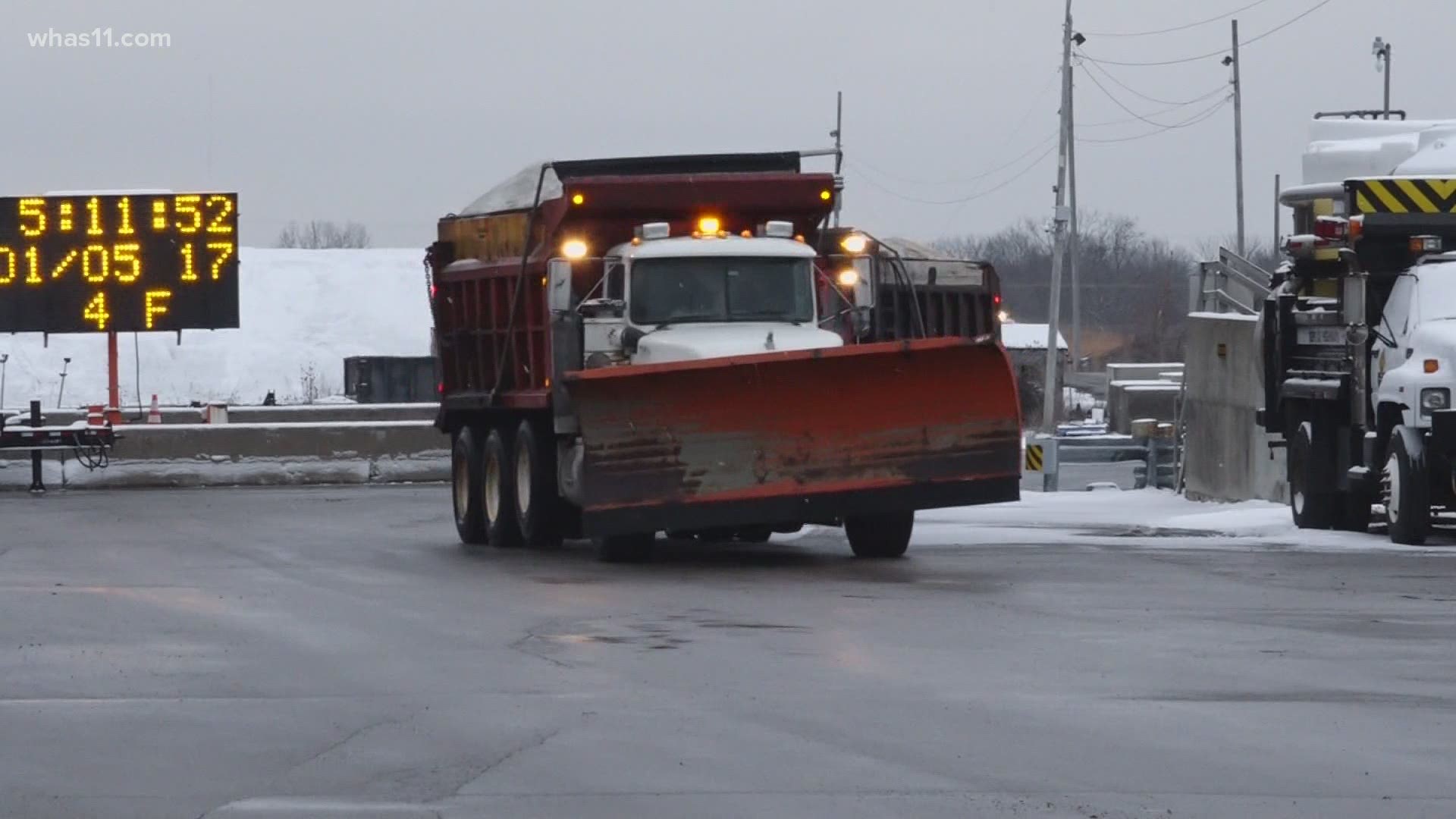 Louisville will start its season with 49,000 tons on salt, which Fischer said should be the largest amount of salt the city has ever had at the start of snow season. Only 4,500 tons of salt was used last winter due to little snow.

The snow team recently went through a mock event, driving down road treatment routes. The routes include 2,700 two-lane miles of bus routes, arterial and collector roads and major roads to emergency facilities and employers. The Kentucky Transportation Cabinet and other contractors will also clear routes.

Louisville Fire will also help respond to any emergencies, including fires from the use of space heaters or generators.

Roads will also be pretreated with brine before snowfall is expected. During snow, people can follow the city's progress via a snow map on the Louisville Metro website.

RELATED: 'I'm glad we got something to eat': Thousands of food items to be donated to hungry households