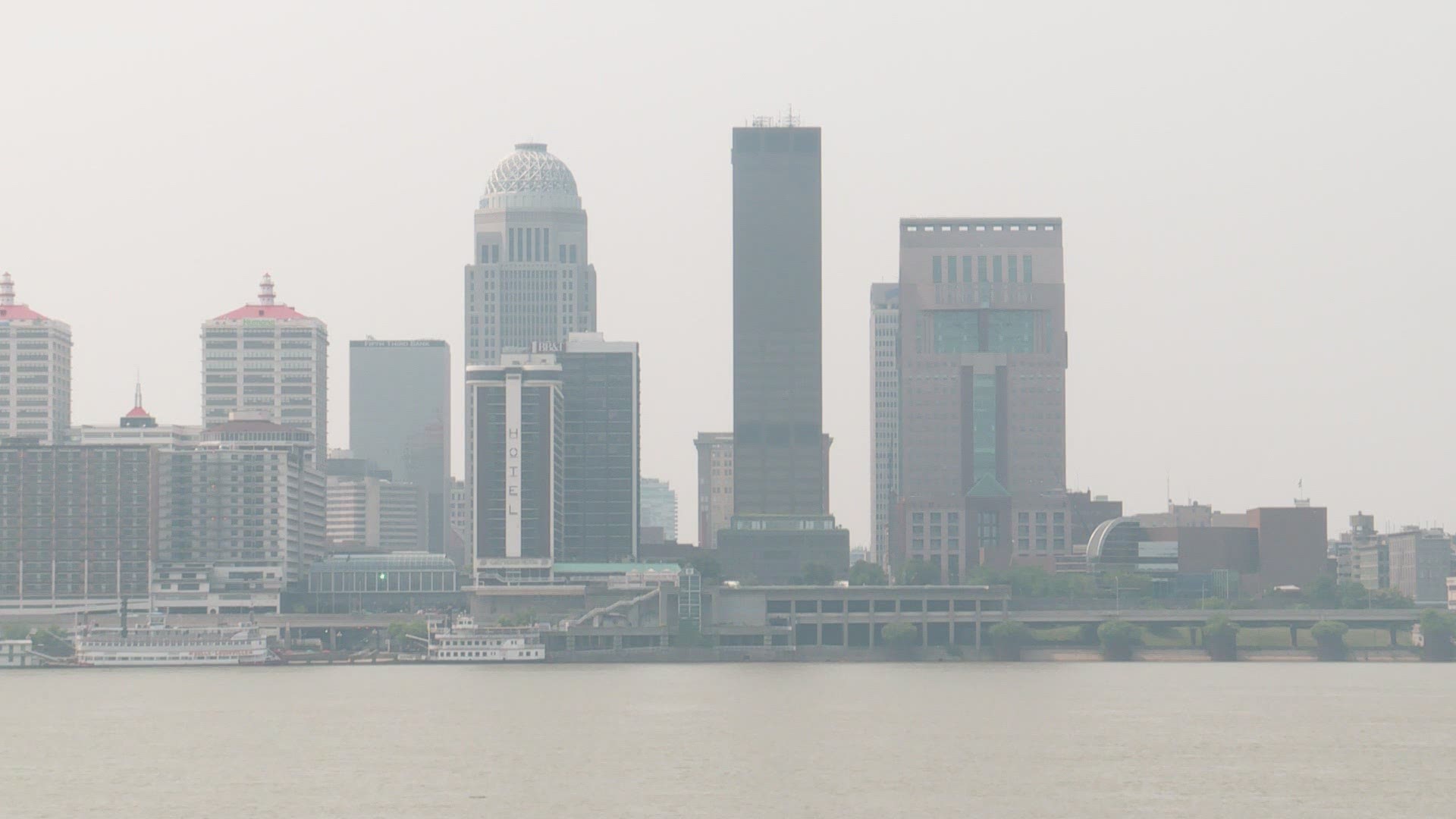 LOUISVILLE, Ky. — The smoky haze that can be seen around the Louisville area can be traced back to smoke from thousands of miles away.

"The haze that you're seeing is actually from wildfire smoke," Louisville Air Pollution Control District Communications Coordinator Matthew Mudd said. "The wildfires out west are actually affecting a good portion of North America."

Mudd said the smoke is from the wildfires out in the western part of the United States and Canada. He said what people in the Louisville area see is called particle pollution.

"Particle pollution is small, inhalable particles that are for reference about 30 times smaller than the width of a human hair," he said. "So it's tiny, but the reason they're dangerous is because they are so tiny, so when inhaled, it gets into your lungs, gets into your bloodstream, things like that."

While most people will not be affected by the haze, Dr. Wes Sublett, a physician with Family Allergy and Asthma, said there are some people who should limit the amount of time they spend outside when the air quality is not as good.

The Louisville Air Pollution Control District has issued an air quality alert for Wednesday and Thursday, warning that people who are considered to be in an unhealthy/sensitive group, including people with heart and lung disease, should limit their time outside. Sublett said that does not mean vulnerable people cannot go outside for short periods of time but they should still be cautious, especially if they have to be outside for a longer period of time.

"If you have to work outdoors, wearing an N95 mask would be important because that actually filters the small particulates that would be irritating to the lung lining," he said.

You can find more information at the Louisville Air Pollution Control Twitter page or at AirNow, which tracks air quality conditions in real-time.