Many protesters are not from Louisville, Mayor Fischer says

Police said they had not seen a deescalation at around 10:30 p.m. 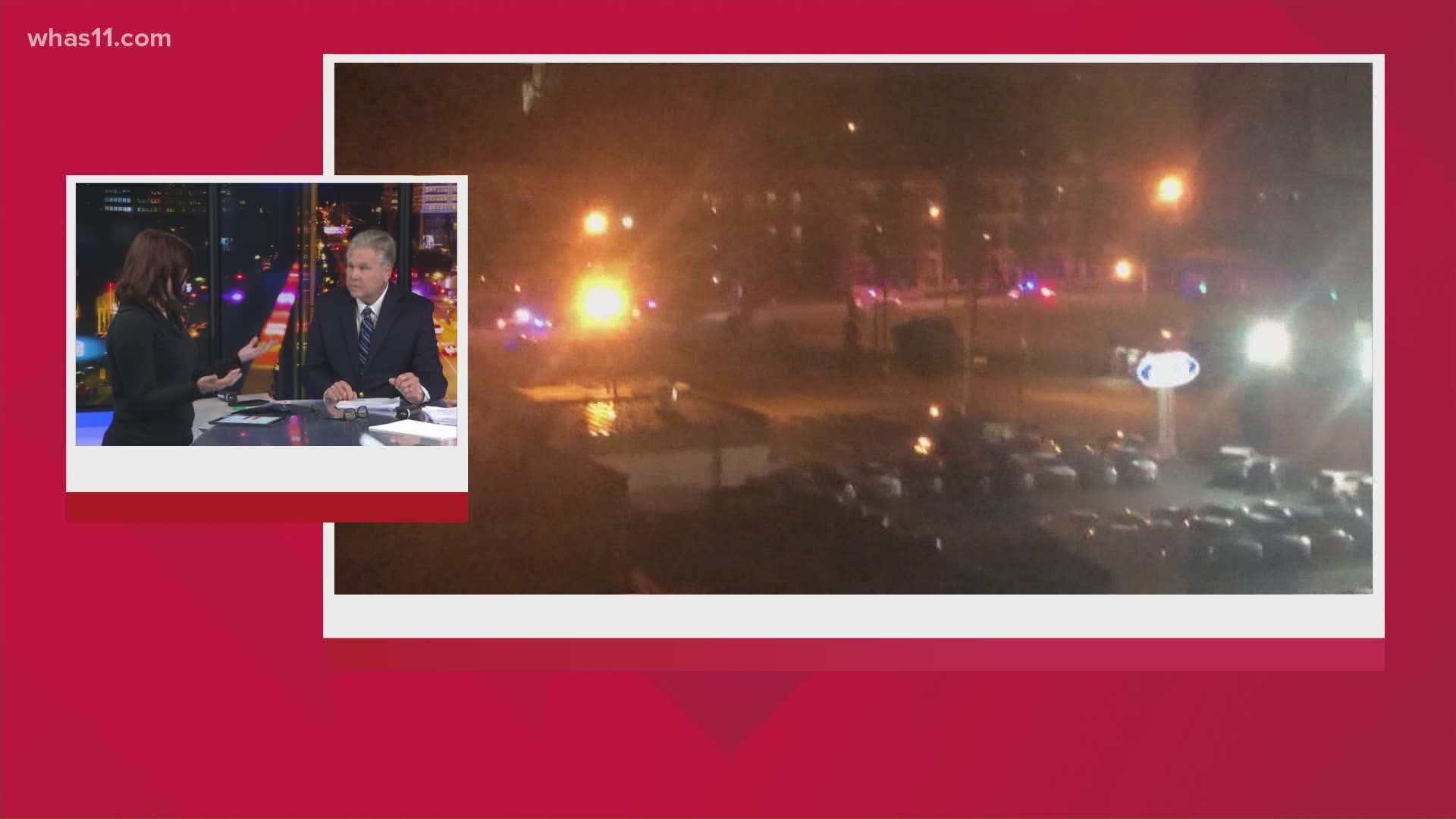 LOUISVILLE, Ky. — A significant amount of protesters are not from Louisville, Louisville Metro Police and Mayor Greg Fischer said during a press conference early Saturday morning.

Special Advisor Jessie Halladay said police were not seeing a deescalation at around 10:30 p.m., instead seeing an escalation in action. Fischer confirmed that many protesters were not from town, asking people for directions or posting about arriving on social media.

Some protesters who were asked where they were from throughout the day did confirm to WHAS11 reporters that they were not from the area. LMPD said they did not have a specific number on how many were not Louisvillians.

Fischer asked that locals stay at home this weekend, saying violence does not bring the city any closer.

"Once the out-of-town people leave, we still have to rebuild our city," Fischer said. "I hear you, your city hears you and your country hears you."

LMPD said they saw more graffiti paint and damage Friday night in comparison to Thursday night's protest. WHAS11 cameras saw one protester breaking into windows at a Subway on 6th and Market Street. Recycling bins were also burnt in the middle of the street.

Earlier in the evening, some protesters broke through a basement window at the Hall of Justice and lit a fire inside. Protesters were all seen lighting an American flag on fire.

Two people have been arrested, Hallady said. She did not know of any major injuries, but said one news crew was attacked, and a photographer was taken to the hospital.

WHAS11 will continue to liveblog the protests.