Nearly one year following the fatal shooting of Breonna Taylor by Louisville police, the caravan continued calls for justice in the case. 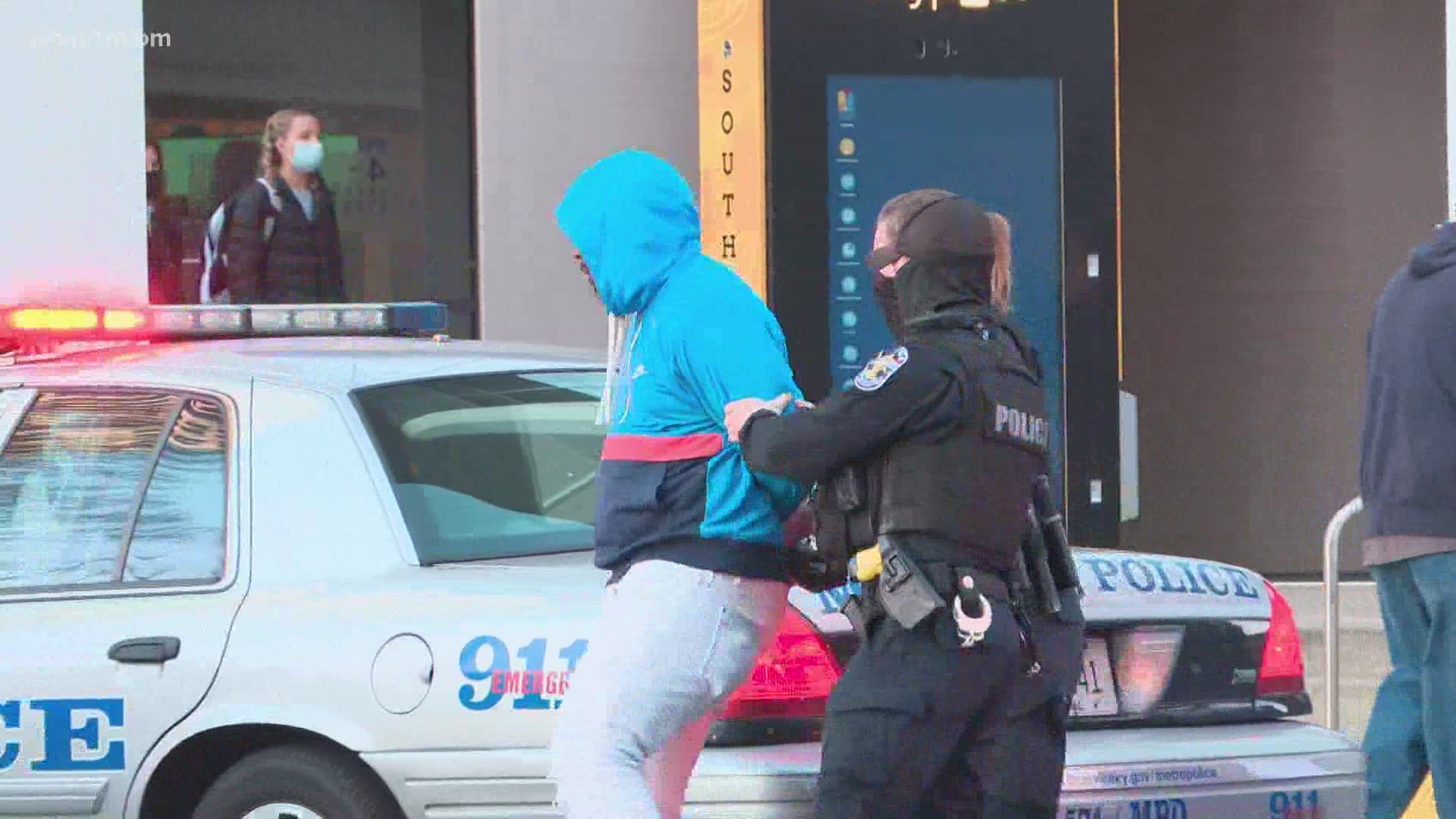 LOUISVILLE, Ky. — Several protesters were cited and multiple arrests were made during a caravan in downtown Louisville Saturday, nearly one year following the fatal shooting of Breonna Taylor by Louisville police.

Metro Police said officers made several stops for traffic violations and gave citations for no insurance, running a red light and improper turns.

"LMPD continues to monitor caravan activity to ensure that they are being conducted in a manner that does not create safety issues for participating of the caravan and residents alike," LMPD spokesperson Beth Ruoff said in a statement.

Ruoff said several people "engaged in behavior that was deliberately reckless," which led to multiple arrests. She said one person stood in front of a bus and refused to move, another person was riding unsecured on the hood of a car and another deliberately stepped in front of vehicles to stop traffic.

RELATED: Kentucky bill would make it a crime to insult, taunt police officers

A total of four people were arrested and several were cited. According to LMPD spokesperson Alicia Smiley, charges included disorderly conduct, menacing and terroristic threatening, and obstructing a highway.