Officer Katie Crews is under fire for a social media post targeting a protester. 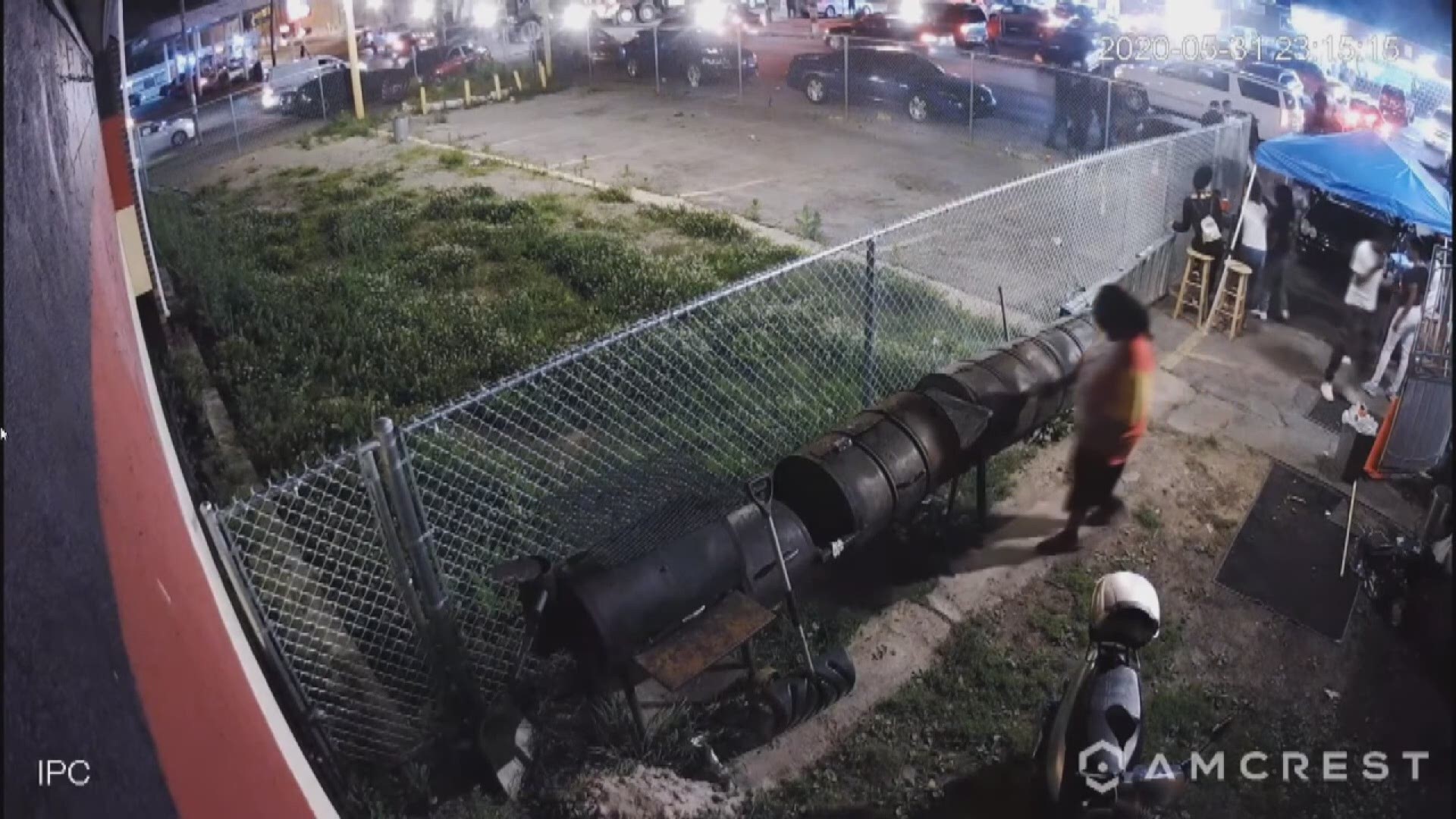 LOUISVILLE, Ky. — The death of a beloved barbecue restaurant owner has left many people calling for the firing of the officers who may have killed him.

LMPD has released new surveillance video from the morning Parkland neighborhood restaurant owner David McAtee died. Police sources said he was holding a gun in his right hand, firing outside as police approached. Emily Evans, a community activist, said if he fired his gun, it was out of self-defense.

She said he had been friendly and feeding police from his barbecue stand all day. And she said based on what she knows about Katie Crews -- one of the two officers placed on administrative leave -- police fired their guns too early.

“I have friends that are cops that are sick of people like Katie Crews," Evans said.

She's referring to a screenshot of a post on Crews’ Facebook page, posted Saturday morning. It said in part: “I hope the pepper balls that she got lit up with a little later on hurt.”

“And then the flex emoji. Just absolutely ridiculous," Evans said.

The post showed a photo taken by the Courier-Journal where a protester was handing her flowers.

Evans told us Crews has deleted her post. Just two days after the post, David McAtee was shot dead by law enforcement who were out to enforce curfew. Louisville Mayor Greg Fischer said he learned the officers involved in the shooting didn’t have their body cameras activated.

LMPD told us the shooting is still under investigation. Evans said what’s really needed is more rigorous screening of law enforcement, looking at social media accounts for example, and community policing to encourage de-escalation. She said if those measures were in place, McAtee may still be alive.

RELATED: Kroger to reopen the 28th and Broadway store, neighbors come out to clean after damage and theft

RELATED: National Guard presence in Louisville to be reduced