The FOP president said he believes it was a direct result of officers feeling 'disrespected' by Fischer. 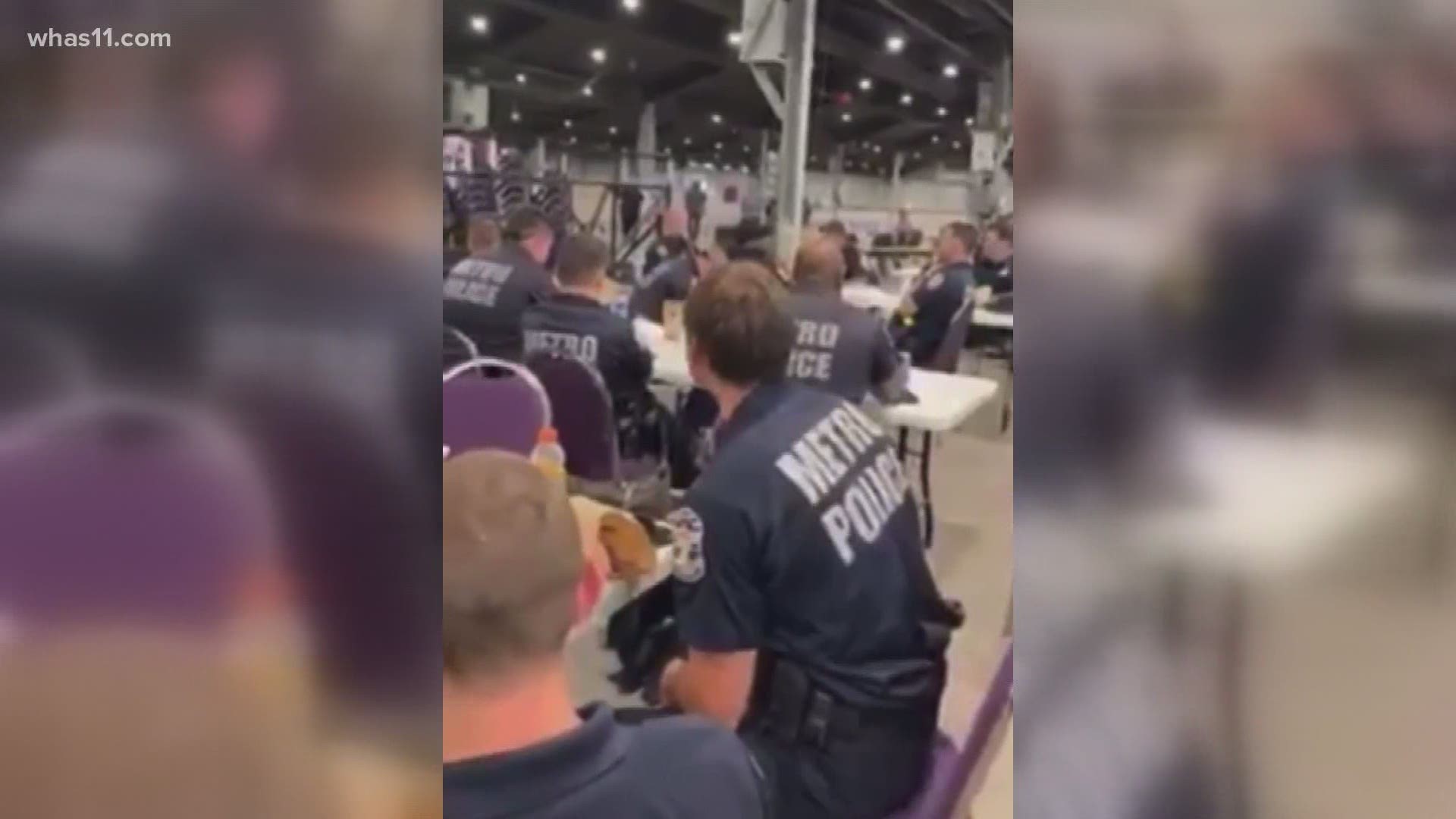 LOUISVILLE, Ky. — Louisville Metro police officers did walk out on Louisville Mayor Greg Fischer when he came to Wednesday roll call, the Fraternal Order of Police confirmed to WHAS11.

FOP President Ryan Nichols said the walkout was not planned, but said he believed it was a direct result of officers feeling "unsupported and disrespected" by the mayor.

In a video obtained by WHAS11, police can be seen leaving the area when Fischer walks up. A woman can be heard saying, "Proud moment."

"They don't want to hear nothing you have to say Mr. Mayor. They all got up and left. Good for them," the woman says, recording the police leaving.

The video can be seen here: 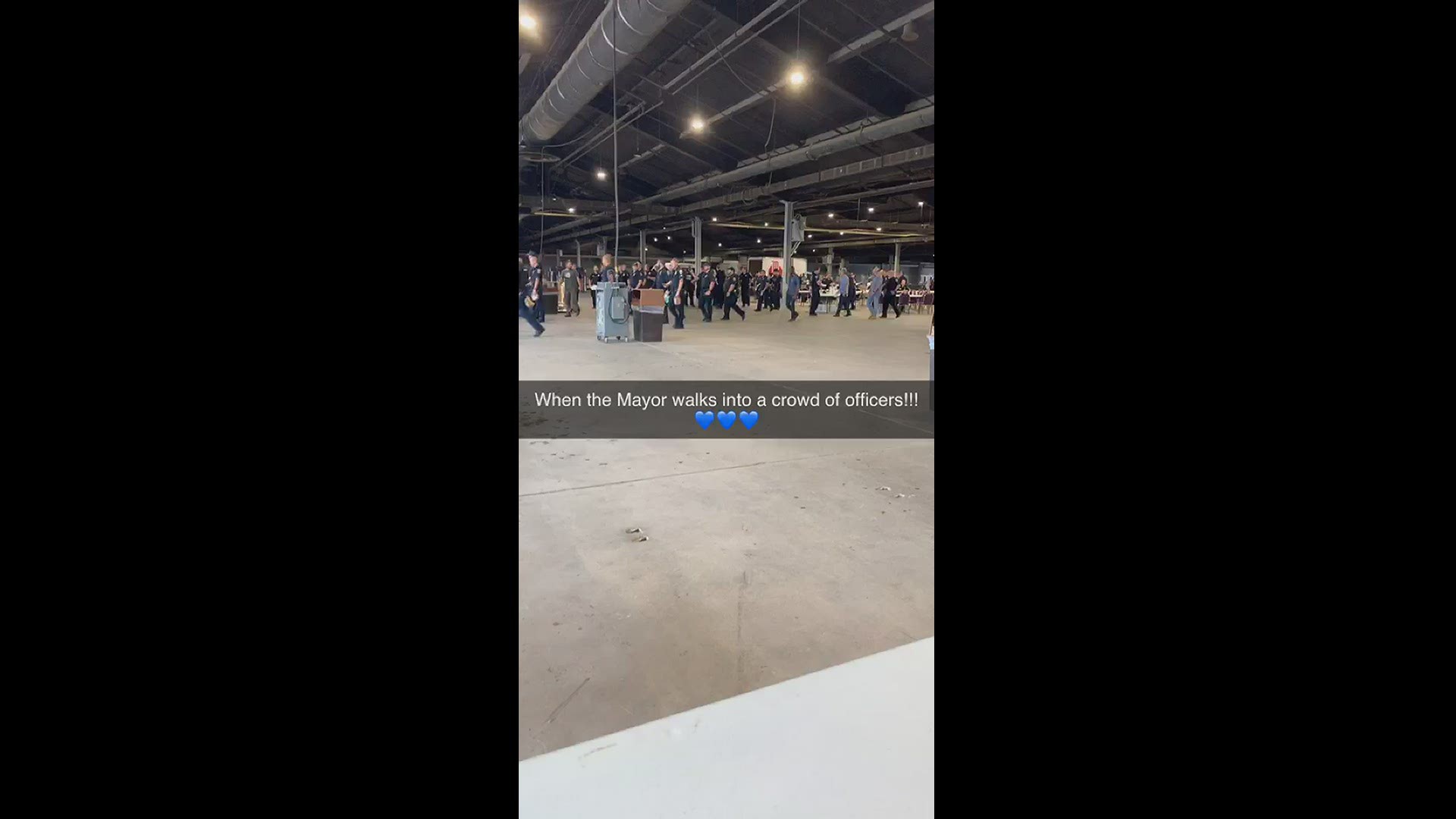 In a statement, Mayor Fischer said he respected that officers "expressed their frustration."

"The men and women of LMPD are putting in long hours. They are suffering insults and assaults from people they are working to protect. They are worried for their families and this city. They are frustrated, and some of them expressed that frustration today. I absolutely respect that," Fischer said. "That doesn’t change my appreciation of the work they are doing, as I’ve expressed time and again. They have a very difficult job. I hope our residents will embrace our police officers as guardians –I know that’s how the vast, vast majority view their role."

On Wednesday, Fischer said an external review of the department will be done as the city begins its search for a new police chief.

Chief Steve Conrad was fired after it was announced officers involved in the fatal shooting of David McAtee were either not wearing or had not turned on their body cameras, a violation of LMPD policy. He previously announced his retirement for the end of June.

“As we begin a search for a new police chief, this seems like a very good time to review the policies, procedures and structure of our police department to ensure that it aligns with the goals and values of our entire community," Fischer said.

Protesters have demanded the officers involved in the death of Breonna Taylor be fired.