Pastor Bob Rodgers of Evangel World Prayer Center said he cursed weakness, poverty and the worst year they've ever had. 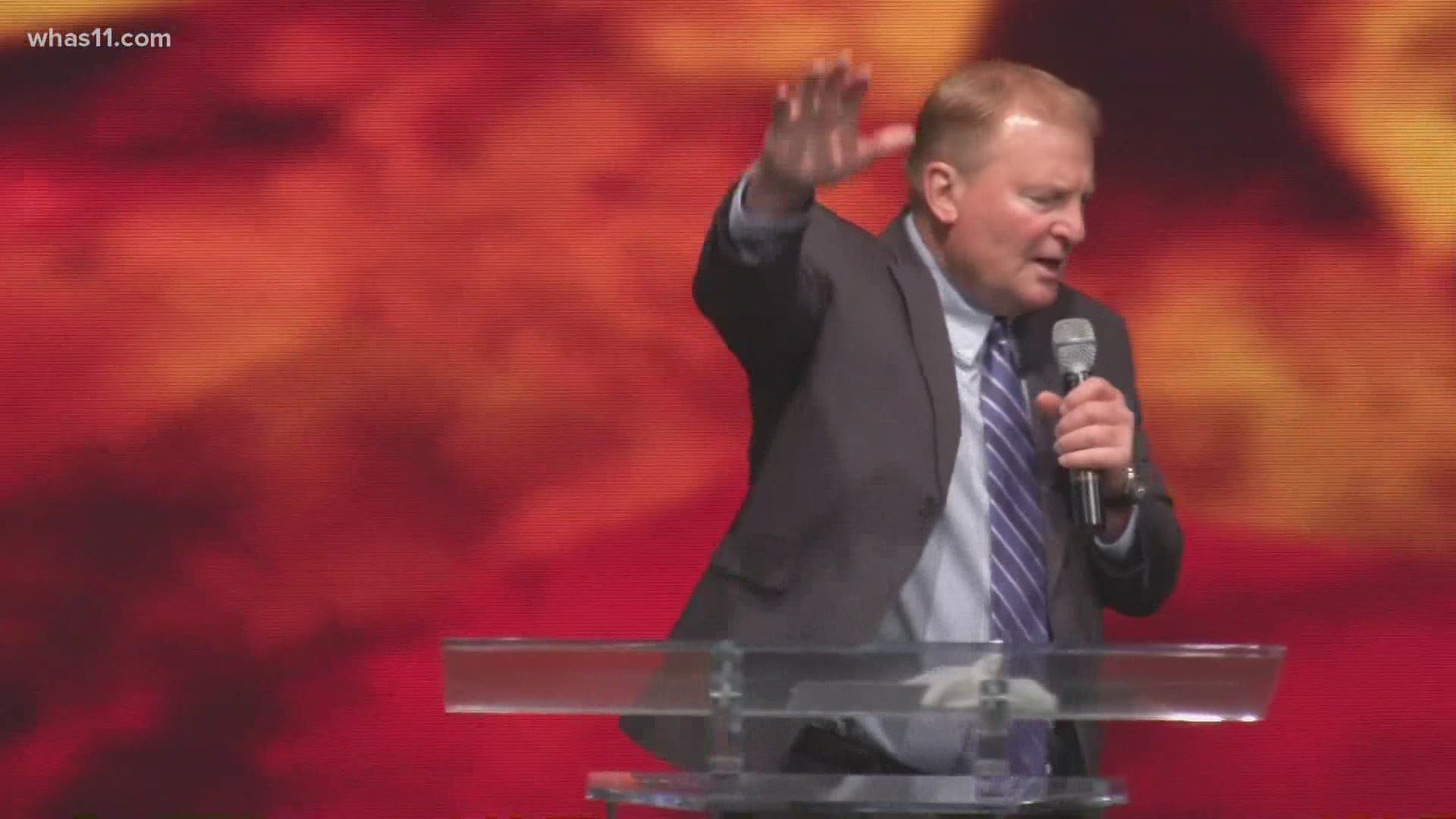 LOUISVILLE, Ky. — A Sunday Church service at Evangel World Prayer Center in Louisville has gone viral after the pastor, Bob Rodgers, called to curse on those who he says have stolen the election.

Now faith leaders across Louisville are calling his language unsettling and disturbing.

Senior Pastor, Mario Martin, of Praise Nation Contemporary Church, says it's unsettling to be praying down curses at this day and time in this city, and country.

"To spew this kind of hate and evil in the name of God, that's a whole other level of disrespect to Jesus," Martin said.

Pastor Tim Findley of Kingdom Fellowship is spearheading a press conference for Wednesday, January 12th at 11 am, for the Justice & Freedom Coalition, along with Local Faith Leaders to openly rebuke Rodgers' prayers for curses.

"We're saying that this behavior is not okay, it's dangerous," Findley said.

WHAS11 spoke to Rodgers after the video was taken down off his social media pages, asking if he still stands by his words, or if he wants to take back what he said.

"This is a prayer not to curse people but to curse the demonic forces that people have allowed to rule them, that would harm a nation," Rodgers said. "I do pray that trouble will come to them if they don't repent and that they will turn from their wicked ways.

"You know you've prided yourself on being a healing center and then you would curse sickness and weakness and poverty on people. It's deplorable," Jones said.

Rodgers claims his prayers are to heal the nation, but many faith leaders say his words are extremely dangerous.

"It's contradictory, it's hypocritical and it's downright shameful," Martin said.

"It's time we took a stand and called this kind of foolishness out," Findley said.